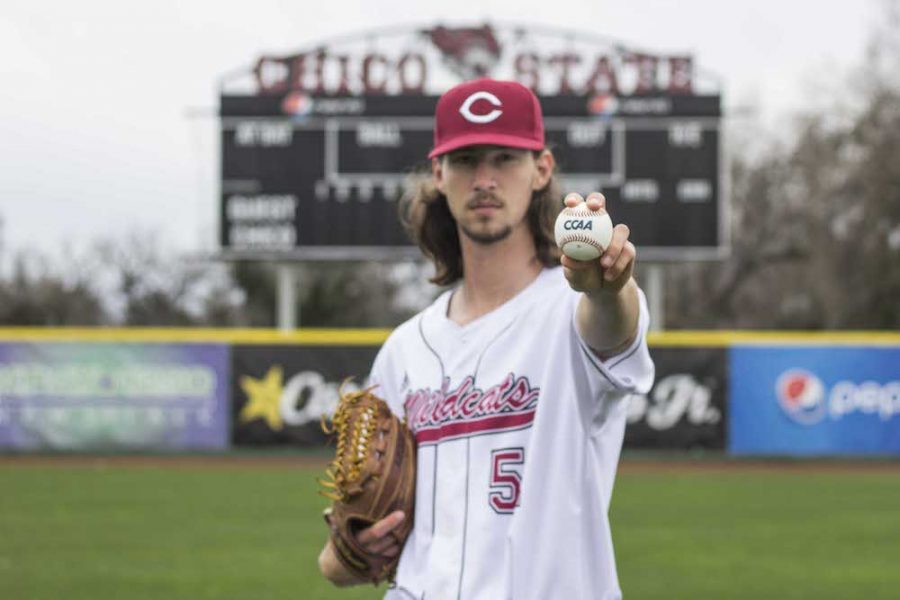 Grant Larson's most memorable game came in 2017 in the CCAA championship game when he started for the first time for the Wildcats.

Grant Larson, the left-handed, 6-foot-7 ace Wildcats pitcher wants to take his talents to the professional level after the 2019 season.

“I’m obviously really lengthy, skinny, so the way MLB scouts can look at it is that I got a frame they can build off of,” Larson said. “I put on some weight but I could definitely put on more and putting on 20 pounds in the summer, I gained like 3 mph.”

Larson said that one of the quickest ways to get to the MLB is to be a tall, left-handed pitcher. He compared himself to Milwaukee Brewers’ Josh Hader because Hader is tall, left-handed and throws from the same angle as Larson.

“Last year I got a call from the A’s and he (scout) asked what I wanted and I gave him an offer,” Larson said. “He said he would check in with his boss and never called me back.”

Larson asked for two more years of paid schooling, but the Oakland Athletics were only able to pay for one so Larson declined.

After the 2019 season, Larson says he will declare for the draft because he has options. Larson can either accept an offer he likes or decline offers and return to Chico State for his final collegiate season. He does not have a salary number in mind, he just wants to get drafted and see if he thinks the offer is reasonable.

Larson has a hard-worker mentality because he has always had to prove to his coaches that they want him on the team.

“I’ve had to jump over a whole bunch of hurdles, definitely, ’cause I wasn’t very good when I was younger,” Larson said. “I was just a kid who liked playing baseball, so I really had to work a little harder than the other guys.”

Back in his sophomore year of high school, Laron’s father passed away from cancer. He said he feels he is playing, in a way, for his dad.

Larson did not get any offers from colleges out of high school, so he called the Wildcats coaches to set up a bullpen session for Chico State. After the bullpen session, the coaches took him on a campus tour and made room for him on the team.

“I’m going to be a guy that’s going [to] come in and work his ass off,” Larson said. “I’m not going to be someone to just half ass. If you believe in me, I will believe in you.”

Larson has loved the game since he was a kid. He says this is what keeps him going out every day to continue to get better, hold his position as the number one pitcher for Chico State and look for offers from professional organizations.

Despite Larson’s shaky start, the Wildcats’ left-hander found success near the end of the 2017 season.

His breakout game, and most memorable, was in the California Collegiate Athletic Association championship game in 2017 against UC San Diego. UC San Diego had to win two games against the Wildcats in order to win the CCAA championship, and the Tritons won the first of the games.

Head coach Dave Taylor walked up to him and told him he is pitching the winner-takes-all game. In Larson’s first start in about two years, he threw five innings allowing one run and striking out six, leading the Wildcats to their fifth CCAA championship victory.

Larson continues to work hard to better himself and is willing to try with all his ability to fit into any team that takes him.

This year, Larson is looking to make first-team all conference which will be an improvement from last years second-team all-conference honors.

Larson throws a fastball, a change-up, a slurve that used to be a slider but now gets more break to it and a cutter which he just learned this off-season.

So far in the 2019 season, Larson is 2-1 with a 3.29 ERA. His best start was his first start against Fresno Pacific when he pitched six shutout innings allowing three hits and striking out six batters.

Larson said he is the Friday pitcher, meaning he always pitches in the first game of the series. To see him pitch check out the Chico State baseball schedule and come out to a Friday game.