Trump is his own worst enemy 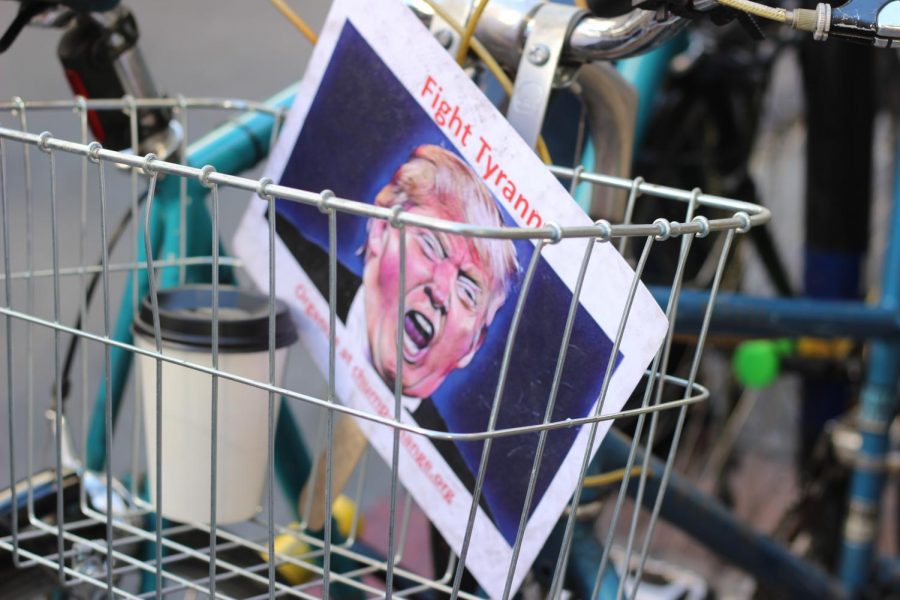 I do believe that we need border security, and I do believe a wall may be helpful to prevent illegal activity there. The criminals who endanger the lives of many with drugs and human trafficking should be held accountable for their deeds. A good way to keep security tight is to make sure you have as few openings for trouble as possible. Having said that, this national emergency lacks credibility, mostly because Trump took away a lot of that credibility himself.

The president gave a speech Feb. 15, declaring a national emergency to secure funding for his infamous border wall. In this speech, Trump made it very clear that this is something that he plans to do not just for that sake of his campaign promises. He is determined to cement his legacy as the president who managed to get control of the border again. This speech exuded empathy and power, tools that entrepreneurs and politicians know how to use well. Trump is no exception. However, he said something that completely undercut the entire point of his speech:

“But, I want to do it (secure funding for the wall) much faster,” Trump said. “I could do the wall over a longer period of time. I didn’t need to do this, but I’d rather do it much faster.”

These words incriminated Trump more than he realized at the time. Saying that he “didn’t have to do this,” showed that his emergency lacks any sort of valid urgency. His emergency is not really an emergency. This creates a huge problem for any convincing Trumped hoped to do on Capitol Hill.

Trump undercutting his own point is more than just an “oopsie,” it also opens him up for lawsuits－and lawsuits are what he is getting.

By wanting to secure funding faster, and not having to declare a national emergency to do so, shows that Trump is only doing this so he can bypass Congress. A president can consider anything they see fit as a national emergency, so long as it is within reason and is meant to make quicker decisions in times of crisis. The bureaucratic process for Congress takes a long time. However, this is only because Congress is part of the system that makes sure the executive branch (i.e. the president) can’t do whatever they want with no check to their power. This is all to make sure that the people are protected against tyranny.

Bypassing Congress for no substantial reason is illegal and can even be considered treason.

The states’ lawsuit aims to “protect their residents, natural resources and economic interests from President Donald J. Trump’s flagrant disregard of fundamental separation of powers principles engrained in the United States Constitution.” The Plaintiff states also agree that the president has, “veered the country toward a constitutional crisis of his own making.”

Having our leader partake in tyranny betrays the core ideas to which this country was founded. I want our president to succeed so that our country can succeed, but we must make sure that his success is done in the right way for the right reasons.

Gage Northcutt can be reached at [email protected] and @GageNorthcutt on Twitter.