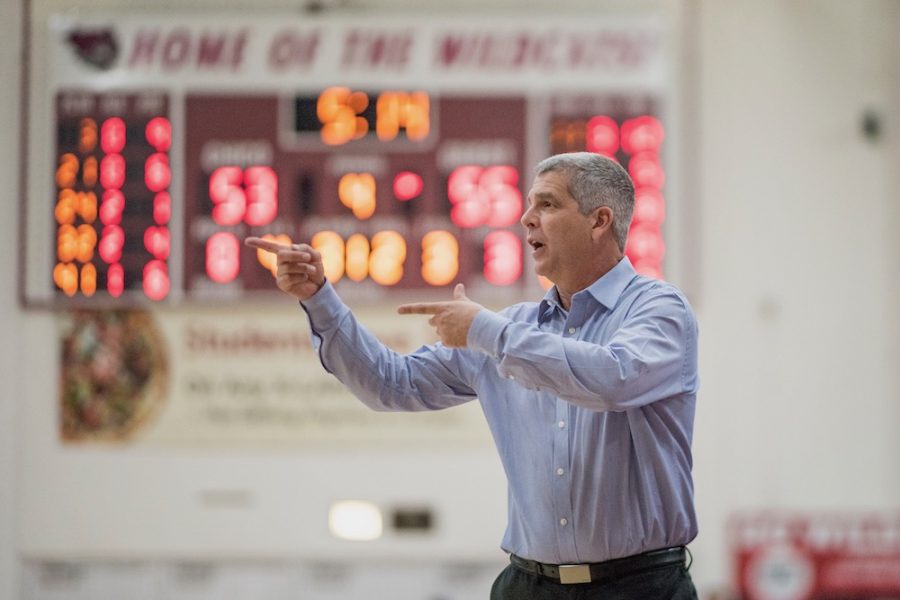 Coach Brian Fogel finished his 11th year, at Chico State, coaching women’s basketball on Saturday. Even though the Wildcats didn’t finish the year how they wanted, coach Fogel has been there throughout to guide his student-athletes.

He started his coaching career in 1989 as a grad assistant at Sonoma State University, where he also played guard during his collegiate career. Fogel did a little bit of everything for the other coaches.

“I would grab coach his cigarettes, break down film and learned how to do scouting reports on other teams,” Fogel said. “I also worked in player development and on the academic side of things.”

This experience afforded him the chance to be on the coaching staff of UC Davis and eventually Chico state where he has been at ever since. He has guided young women on and off the court for 11 years.

“The beautiful thing about being a part of these Division II programs is that you get your hands on everything,” Fogel said.

Fogel’s favorite memory as a coach was the 1998 national championship game that he won as a member of the UC Davis coaching staff.

“We beat Western Kentucky in the 98’ championship game and that was hands down the best game I’ve ever been associated with,” Fogel said.

Throughout his many years, Fogel has had the opportunity to coach a lot of student-athletes. When asked about this year’s team he spoke highly about their character.

“They’re all just really good kids and very caring towards one another,” Fogel said.

Fogel then talked about how coachable the group is and about the leadership the team’s seniors bring.

“They are really a lot of fun to coach and the seniors have done a really nice job setting an example and being leaders,” Fogel said. “Fifth-year senior forward Natalie Valenzuela has even earned herself the nickname of ‘Coach Val’ due to her leadership qualities, coachability and knowledge of the game.”

“She is the team’s most consistent performer day in and day out,” Fogel said.

One of the team’s aspects of their game that has surprised coach the most this year is their ability to execute on the fast break.

“Their open court decision making has been really good this season and it’s been a lot of fun coaching a team that is so unselfish on the court,” Fogel said.

Even though the Wildcats didn’t make it to the CCAA tournament this year, they still played in some big games down the stretch that were high stakes scenarios. Fogel gives his team a set of advice before games like those to keep them focused and composed.

“I tell them to approach it with a one game at a time attitude and you can’t get too high after a win or too low after a loss,” Fogel said.

“Bob Williams at U.C. Davis was a very intricate part of my development as a coach,” Fogel said.

He also paid homage to the University of Connecticut women’s basketball coaching legend Pat Summit and everything that she has done with that team.

“You have to respect what Pat Summit has been able to accomplish over her career,” Fogel said.

Not every coach that has inspired Fogel has been a basketball coach. He looks up to Pete Carroll of the Seattle Seahawks and Bill Belichick of the New England Patriots for how they handle themselves and their team and keep to that “one game at a time” mindset.

Fogel has bits of advice to students looking to get into the field of working in athletics and coaching.

“Be present, enjoy every opportunity that gets presented to you, and take on every challenge that comes your way,” Fogel said.

While Fogel certainly spends most of his time working with the Wildcats, he has coached a few other sports over the years. He said that he coached his daughter’s youth soccer team, “The Ferocious Butterflies” and has also coached little league baseball and youth basketball.

“I’ve always been interested in coaching and I knew from a very early age that I wanted to be involved in sports and on the coaching side of things,” Fogel said.

Coach Fogel has done a lot in his years at Chico State and looks to continue to you his legacy for years to come.

Matthew Ferreira can be reached at [email protected] or @MattFerreira_ on Twitter.