Wildcats slip up in SoCal Invitational 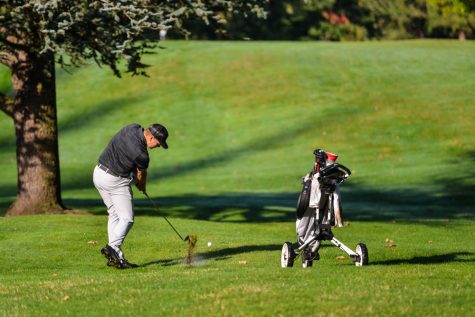 The Men’s golf team took on the SoCal Invitational hosted by the University of California, San Diego on Tuesday. Through harsh weather conditions and a rigorous course, Chico State powered through the game and placed in a tie for fifth place.

“We need to play smarter and that comes with experience which we are gaining through tournament play,” Jordan Oliver said.

This has been their lowest placement of the spring season. Even with the adversity on the course, Wildcat Serge Kiriluk shined scoring a 3-under par 69 that earned him a tie for 11th place.

Both Christopher Colla and Josh McCollum struggled to keep their scores low in the tournament. Despite the effort, Colla ended tied in 62nd place with a score of 16-over par and McCollum tied in 64th place with a 17-over par score.

“Not so great finishes are good every so often to stay grounded, humble and push us to work even harder,” Oliver said.

The Wildcats will strive for better performance in the Tim Tierney Pioneer Shootout that will be held March 18-19 by California State University, East Bay at Corica Park Golf Course.

“We are aware of our abilities and know that when things line up for all five of us, we will be very tough to beat in the postseason,” Oliver said.