Sexual abuse excused in the Vatican 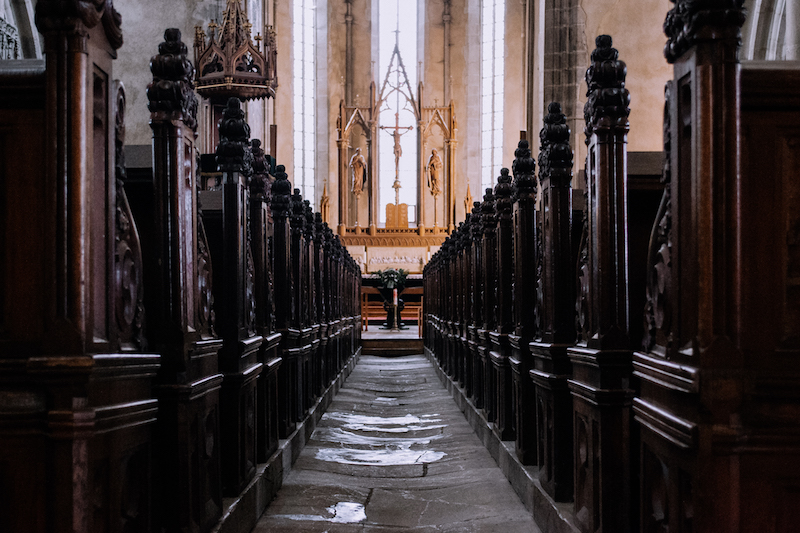 The interior of a Catholic church. Image from StockSnap.

With so many lives ruined by decades of clerical sexual assault, is reform even possible for the Catholic Church?

The Catholic Church’s disturbing history of abuse and scandal is no joke.The duties of a cleric have been continually broken for over half a century. Those entrusted to help the young have stripped the innocence from thousands of lives left destroyed. The offenders were protected and the victims, silenced.

In one case, child predator Michael Stephen Baker may have molested 23 to 28 victims between 1974 and 1999, two of whom were brothers aged five and seven. The brothers were silenced by Cardinal Roger Mahony.

After Baker confessed to Mahony that in 1986 that he had raped multiple children, Mahony, rather than contacting authorities, allowed Baker to stay in the diocese and receive “treatment” for his pedophilic behavior. This allowed abuse to persist. It wasn’t until after 2006, when Baker had been charged and plead guilty to molesting two boys, that Mahony apologized.

Baker admitted to rape in 1986 but was not defrocked for 16 years. Baker was one of 54 reported clerics with allegations of sexual misconduct in the Los Angeles Archdiocese, and L.A. is just one of thousands of dioceses in the world. There may be more unreported cases; I did not see Baker on this list despite him having worked as a priest in L.A.

The Truth Being Revealed

In 2018, a 1,300-page document document was released from Pennsylvania’s Supreme Court which detailed the sexual assault of over 1,000 children at the hands of leaders in the church.

Examples of two priests were given. The cases are too graphic to describe, but the document exhibits bone-chilling evidence that this abuse has happened and is still happening today. The document gave some of those silenced a voice, and the church was defenseless against backlash from the press and public.

The Holy See Press Office made a 300-word declaration in August 2018 about the document. The declaration was vague. It described how the allegations filled the Vatican with “shame and sorrow,” yet made no comment on how they plan to correct it. The declaration said “the pope is on (the victims’) side,” and that the matter is being taken seriously..

Later, Pope Francis delivered a longer and more heartfelt response in which the Vatican accepted blame. He said the continued silence of the abused was to no longer be tolerated, and that the church will be a safer place for everybody.

“An awareness of sin helps us to acknowledge the errors, the crimes and the wounds caused in the past and allows us, in the present, to be more open and committed along a journey of renewed conversion,” the Pope said.

This letter was still vague on how changse will occur, but the pope called on the world’s religious leaders for a summit on clerical sexual abuse in the hope of making church reforms. This event took place on Feb. 22, 2018, and was the first of its kind. One can only wait and see what actions will be taken to ensure the safety of church-goers.

This call to action from the Vatican comes late. For years, the faithful have suffered at the hands of those who lead them. The lack of human decency from those who protected these monsters is awful. The disregard for the safety of children fills me with profound contempt. Decades of silence only broken by over a thousand voices is absurd. One abused child is too many.

I capitalize the name “God” because I am a Christian. Even if you aren’t, I hope you can agree that when people use the name of God to put themselves in a predatory position, they are evil; methodical, predatory evil.

I still have faith that restitution is possible. I have to to avoid atrophy into apathy. The pope’s actions are the right first step, but the momentum must continue.

For the children who cry out, please do not abandon faith. I am so sorry these people failed you.

If you have experienced sexual violence, you’re not alone. Safe Place on campus has support whether or not you wish to report. You do not have to go through anything without support and help.