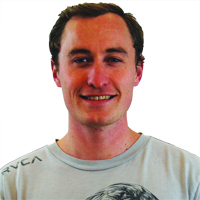 I use to wonder what it would be like to live the night owl lifestyle, until I got a taste for it during my stint as a night driver.

When working as a cab driver I found that after constant sleep deprivation, nothing surprised me anymore. Weird activities would unfold in front of me and in my cab.

But I didn’t have the energy to be caught off guard — so I usually pushed the weird as far as it would go.

For instance, I once picked up a man in a ski mask and cowboy hat.

He was with a big woman wearing dark sunglasses and he kept barking military orders at her as we drove along.

“Stand by sweetheart,” he said. “I am on a mission. We’ll go to the ATM and then to the command post.”

The guy in the ski mask getup, a small but obnoxious dude, did not like to see the meter run.

“Turn that goddam thing off and I’ll give you another twenty,” he said.

I spent the next three hours hanging out with this customer and his suspicious companion. It was past peak working hours but the entertainment value of this pair was a rare treat in itself.

After several stops, lots of stories and a little bit of crying, he said goodbye to me and broke into what sounded like fluent Lakota. We parted in goodwill as he said “May the great spirit watch over you.”

Maybe it’s the great spirit my passenger invoked that night some months ago, but there is a certain part of the night that feels distinctly pure and wholesome. It’s a kind of unearthly quickening that offers itself to those who remain awake. Or maybe it’s just sleep deprivation.Kevin Crittenden can be reached at [email protected] or @kevlodius on Twitter.