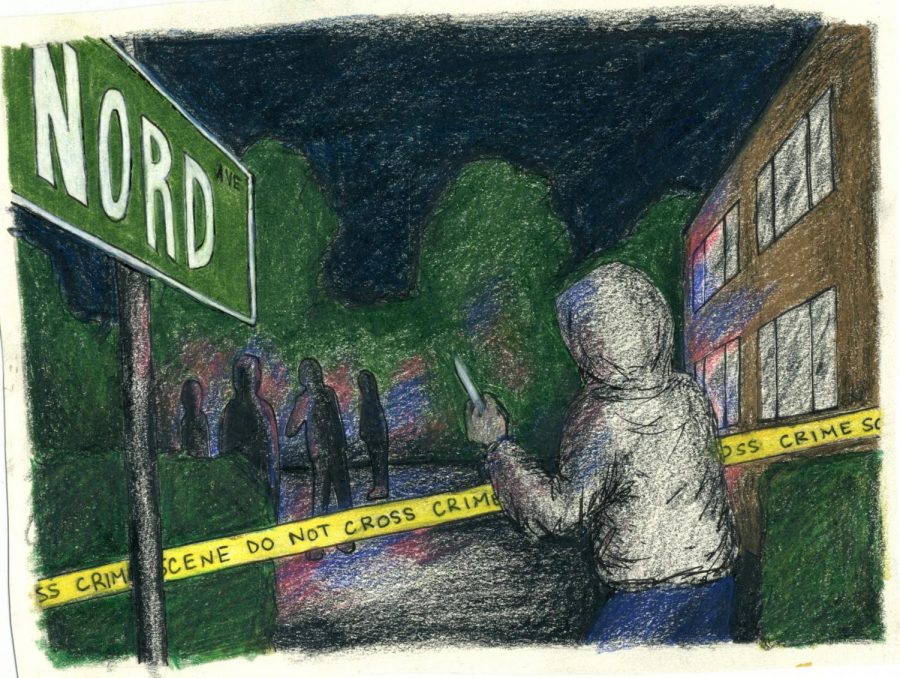 Crimes in Chico have been on the rise. Photo credit: Melissa Joseph

Chico Police responded to three stabbings that happened within a 24-hour span last Monday. Police suspect that two of the incidents involve the same person at the same apartment complex.

One incident involved a juvenile who was accused of stealing property. The juvenile got upset and then stabbed the accuser in the abdomen. The victim fled the scene and got himself to the nearest hospital.

The juvenile was arrested by Chico Police at the scene of the stabbing and taken to Butte Juvenile Hall.

Two other stabbings happened around the 700 block of Nord Ave. As Chico Police responded to one stabbing, they got a call about another one in the same area.

The suspect of both stabbings was found hiding from Chico Police in a shed in an apartment complex in the area. James Jacobs, 33, was arrested for both incidents by Chico Police and taken to Butte County Jail.

Both victims went to the hospital and were in stable condition. Jacobs has been charged with two counts of attempted homicide.

Two students at Pleasant Valley High School were involved in an altercation on March 5 where one student made threats to another that were overheard by students in the area.

Pleasant Valley High School administration intervened as soon as possible and started investigating the situation. Chico Police school resource officers were called in and searched the school and the student’s private residences.

It was discovered that there was no credible threat to the safety of the students or staff, but that police received misleading information about the situation on social media, according to a Chico Police press release.

After researching the posts, Pleasant Valley High School Administration disciplined the student who fabricated the posts and the student was arrested by Chico Police for internet harassment.

Chico Police Department urged everyone in the community to report their concerns because the safety and security of the community is the top priority, but also said that false information can only make situations worse.

On Nov. 17, 2018 officers received a call about a man with a gunshot wound in a parking lot on the 100 block of West Second St. The man was transported to Enloe Hospital where he was pronounced dead.

In the time since the incident the shooting victim was identified as 28-year-old Christopher Qualls.

After much more investigating detectives, citing evidence, named 35-year-old Charles Robertson as the other suspect in the robbery. At that time a warrant was sent out for his arrest.

Robertson was later arrested without incident and booked for attempted home invasion and transported to Butte County Jail to await trial.

A man called the Chico Police Department Dispatch and stated he was suicidal Tuesday at 1:03 p.m. and called again about an hour later saying that he stole a truck from the Chico Municipal Airport.

While on the phone with the subject, police dispatch received another call saying there was an unauthorized vehicle driving on the runway at the airport. The vehicle turned out to be a jet fuel tanker truck. All air traffic was alerted, and no aircraft were in Jeopardy.

Officers got to the scene and saw that the truck was outside of the secure area of the airport. They immediately pulled the truck over and confirmed that the same man who had called about being suicidal and stealing the truck was the driver.

The driver began pacing around the vehicle and looked to be having a mental breakdown, according to the Chico Police press release. Police were able to talk the man down and transport him to a mental health facility.

Police are still investigating how the man was able to get into the secure area where the truck was parked. The truck has been returned to its owner.

Gordon Papalias can be reached at [email protected] or @GordonPapalias on Twitter.