Reporting on the stories of dreamers with respect 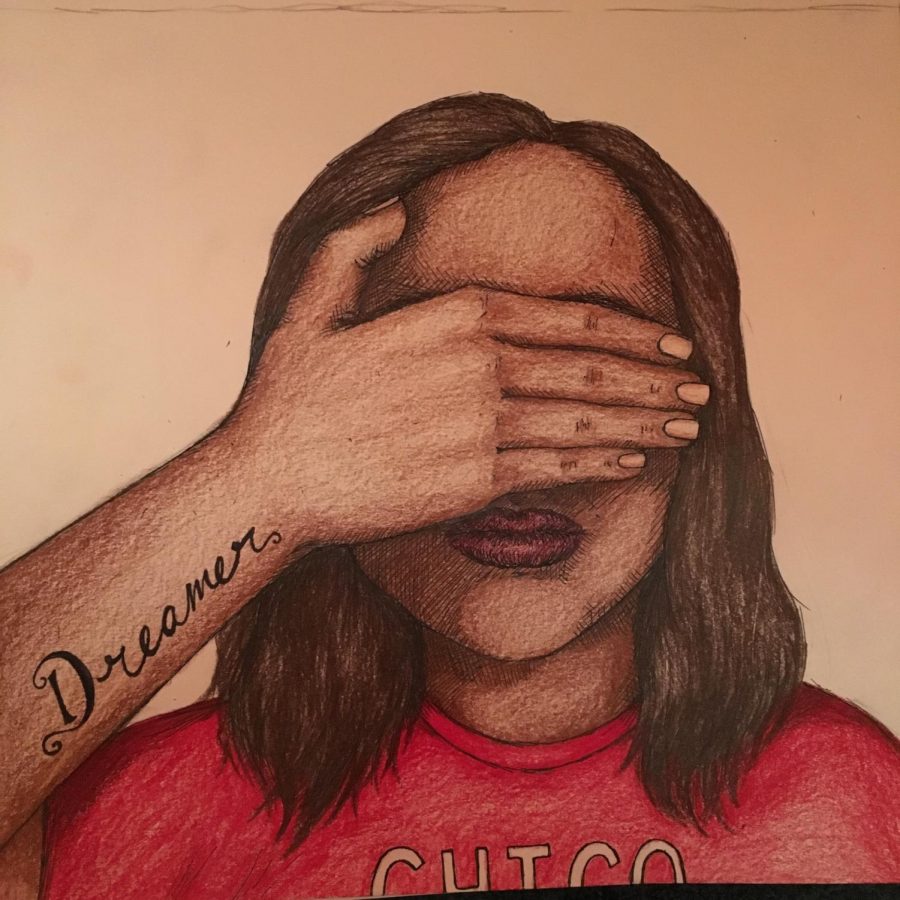 It may also mean everything to any student who has ever considered themselves a “dreamer” at an American college.

This can also be a frightening time if you are someone who knows the press could be at one of these events, ready to snap a picture and give your identity away.

And it is certainly a trying time to be a reporter; to know where the lines are in a typically-public space where photos can normally be snapped in the open freely.

Some special rules exist when you are a reporter covering events about and for the dreamers in our midst.

For a person who has never once questioned their place on this campus, in this country, due to birth, it may have little to no impact on their week.

For a person who has never worried about their identity, never had any reason to hide in plain sight, it may seem to be an odd thing to celebrate such a week.

For someone whose life as a student may depend upon their anonymity, this week can be so much more.

Especially in the age of Trump. Especially in an administration whose very being was, some might say, built from a particular belief of what a large group of people feel this country ought to look like.

So to be a reporter, especially a student reporter, during this unique, challenging, dangerous period, you have to set some rules.

Your job is to report the facts, to serve the community, and in this case, to inform the student body. But you are also a student, and you may even know a dreamer or two, out of the thousands of faces just blending in from class to class.

And so you set some rules to learn and live by, and hopefully grow as a conscientious, fair, kind, reporter and human being. It helps to know the basics before you go out as well as some human rules to report by.

To report on the stories of dreamers on our campus, you have to have patience. If you’re told, as many of us were, not to come to an event ready to record or snap photos, you have to be patient and understand why.

To talk to someone who may not want their personal experiences shared, you have to have grace. They may have very real, very pressing reasons why they cannot allow you to share their story. Even without using their name, sometimes the story is not yours to share.

To hear the story of someone whose identity on campus is theirs alone, you have to listen, and then listen even more.

It can’t be a coincidence that these are good traits for any reporter to have. At the end of the day, you’re a human being and another human being’s story is on the line. I can only hope that, when my days as a reporter finally end, my conscience is clear that I still served the public, still reported the facts and I told someone’s story without compromising their identity or their life.

Or, perhaps at the end of that long day, I simply let a story go. Sometimes, to make the human choice is the best choice a reporter can make.