The twisted turns of the men’s basketball season 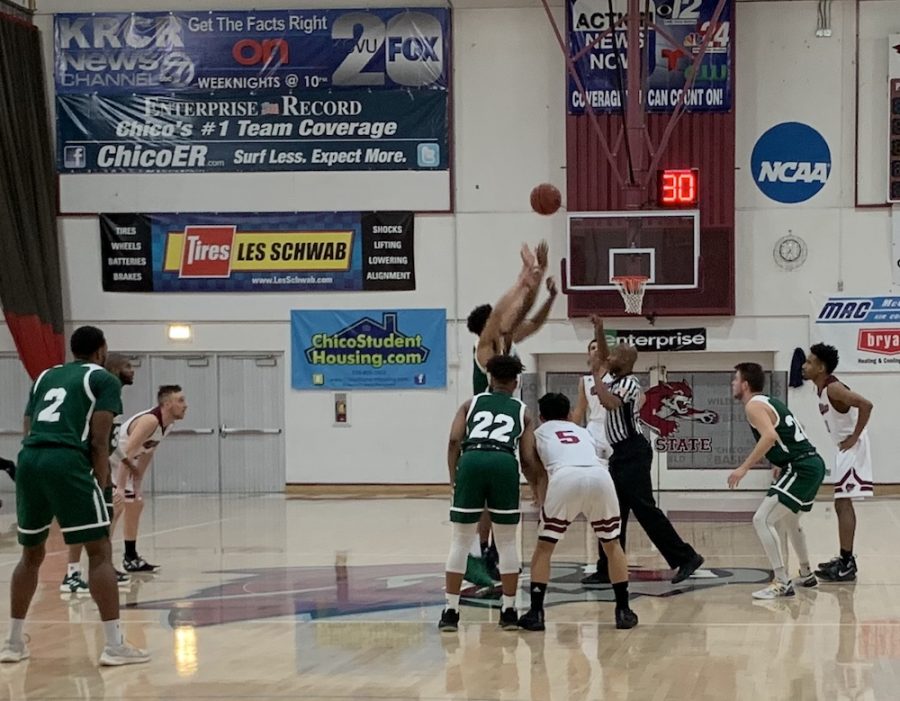 “The resilience within the team with losing two of our first games and losing two players this season- we still fight hard every game, and even though we didn’t win, this is by far the best comradery I have with any team,” senior forward Marvin Timothy said.

When they made their debut at home and won, the whole squad, including their injured teammates, stayed on the sidelines and mentored them. Even when the Wildcats faced early bumps on the road, when their performance was not what they expected, the team never stopped supporting one another.

“Staying up and positive was really important to keep the team encouraged and willed to keep coming to practice hard every day,” senior forward Keith Datu said.

This lifted the team’s spirits as they created a two-game winning streak when they faced off against Cal State East Bay in their next game, also played at home. But the celebration was short-lived as they headed on the road against Humboldt State and lost.

From then on, it was back and forth for the Wildcats as they would win one night and then lose another. The team struggled as Datu and Brennan Wheeler left them two men short, while others had minor injuries preventing them from being on the court.

“Injury was obviously the toughest thing I had to mentally overcome,” Keith Datu said. “It was unfortunate and hard to accept at first but facing it is a lot easier now. I’m just trusting in God’s plan for me.”

The team powered through as they faced a four-game losing streak, which started when they played Cal State L.A. for the first time in the season. At this point, the team was deflated and it seemed as if their fighting efforts in the first half of the season were going down the drain.

But once they faced Cal State San Marcos for a second time, they looked for revenge and beat them at Acker Gymnasium. This created positive momentum and the Wildcats would go on a four-game winning streak.

It was looking up for the team as the end of the season was approaching and they wanted to guarantee a spot in the playoffs. All the seniors, including Timothy and Datu, looked for a way to continue that momentum and keep their performance up.

“For me personally, the biggest accomplishment was having a leadership role where I can motivate the younger guys,” Timothy said.

As they faced Cal Poly Pomona for the second time in the season, their tight defense took the Wildcats by surprise. The Broncos showed new looks to prove that they weren’t the same team that Chico had beat earlier in the season, ending their season’s largest winning streak.

From that point on, the squad lost their rhythm as they finished their season on a five-game losing streak.

This year the team is losing Timothy, Datu and Nate Ambrosini which leaves them with 12 returning players. The team looks forward to working hard in the offseason as they wish to come back into the following season with a better record.

“Next year I hope to see that the guys worked hard over the summer so during the season they will excel and do great things,” Datu said.