How athletes deal with their worst nightmare－injuries 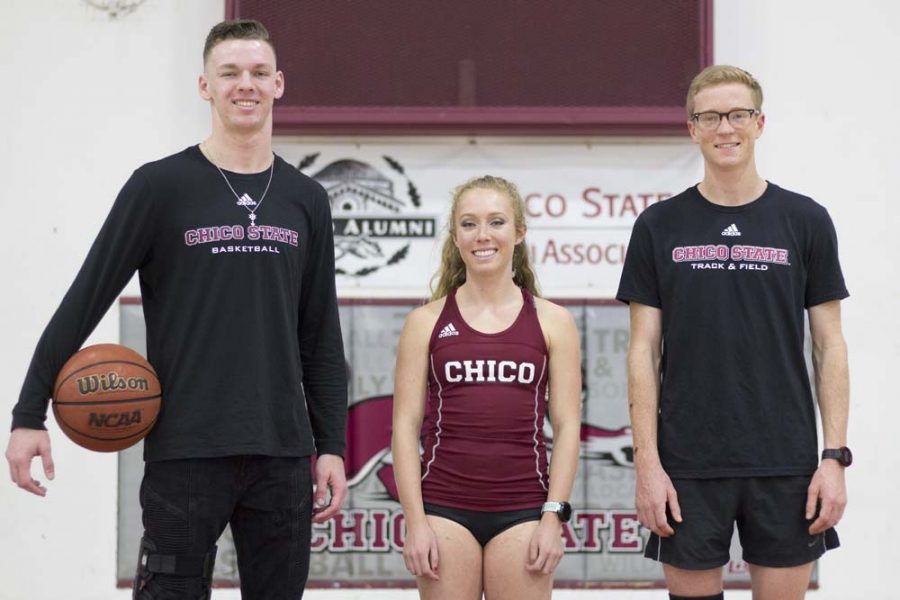 As an athlete, the most important thing you can do is to keep your body well-maintained throughout the season. But with sports being as unpredictable as they are, injuries can occur in the blink of an eye.

“You put all this time and effort into things just like writing a paper and the word document deletes it,” Alexandria Tucker, cross-country and distance runner, said. “It’s like ‘oh my gosh it’s gone.'”

When playing, athletes focus on winning and achieving their best individual performances regardless of the toll it takes on their bodies. Their love for the sport drives them to push themselves. They forget that they have limits as humans that shouldn’t be pushed beyond.

“The first thing I did was go into denial,” Derek Morton, cross-country and long-distance runner, said. “I was like ‘no this isn’t happening.’ I kept trying to train for a couple of days and then I realized ‘Okay, I have to stop running.'”

When training, athletes work their bodies like machines; it’s in athletes’ blood to want to push past their limits. But just like machines, humans are vulnerable to unexpected circumstances when they push past what they were designed to do. Not even the best of training throughout the season can prevent an injury.

Tucker said she injured herself because of the extreme weather she faced at the end of her cross-country season when competing in Montana. Her body was not used to temperatures that cold.

Like many Chico State athletes, Tucker has learned to face her injury. An injury may last a while, and these athletes look for different coping mechanisms to keep them going and maintain their love for their respective sport.

“Stay positive through it all because you don’t know what type of injury you’re going to get. After it happened, I didn’t know if it was going to be short-term, long-term, midterm,” Justin Briggs said.

Once the type and severity of the injury are diagnosed, an athlete must find an alternative to stay in shape.

Even through injuries, athletes try to avoid an immediate halt to their training because they have worked hard to be as fit as they are. They can make things worse if they don’t maintain peak physical form or don’t fight their hardest to come back.

“One thing I had to adapt to was going to physical therapy and just rehabilitating my leg, or whatever type of injury it is, to get things firing back online because you tweaked it so the muscle just isn’t too happy with you,” Tucker said.

Through all the transitions that an injured athlete faces, teammates are there to see the progress of every individual. Every athlete contributes to a piece of the team’s success.

“My teammates are great because they always try to give you the best advice that they can and a lot of them were supportive of when I was trying to run,” Morton said.

The support of a teammate is crucial. A support system helps motivate an athlete during the recovery process and improves the bond of the team. The chemistry that a team share is not only during a competition; most of the time a team spends together practicing and traveling.

“It sucks being injured, but it’s kind of a blessing at the same time because it gives you a lot more time to support your teammates,” Morton said

For Morton and other athletes, injuries can serve as a way to appreciate the sport they fell in love with. This gives a different perspective on how team efforts continue on and off the court, regardless of the obstacles they face.

“This whole process has taught me a lot about patience, so I don’t want it to come any faster than it’s going to because even though time feels like it’s going slow with this injury, it’s really going fast,” Wheeler said.