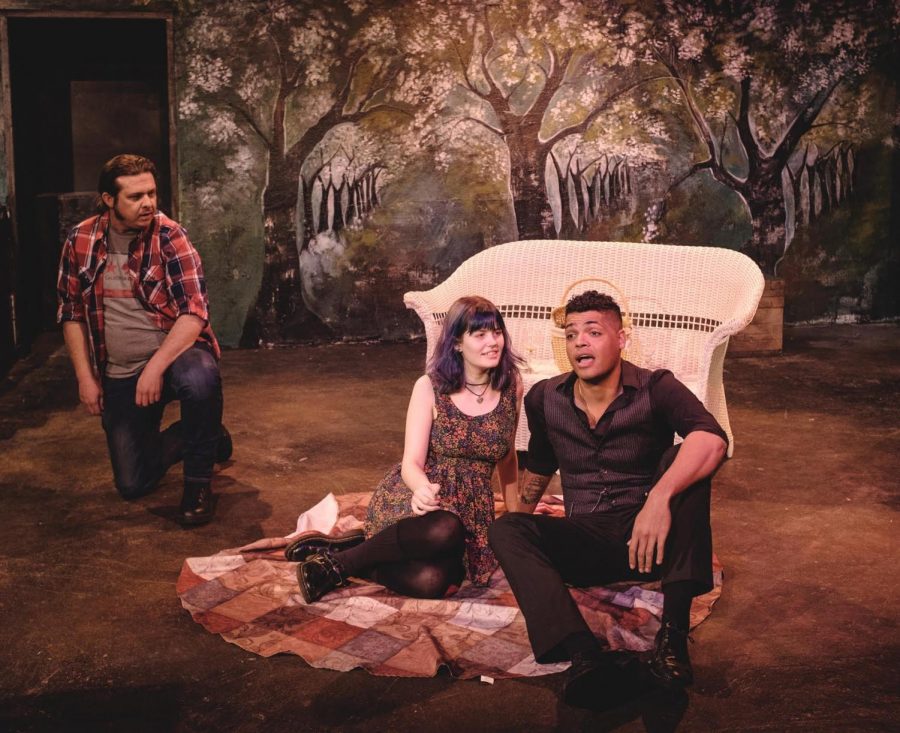 As an adaptation of Chekhov’s “The Cherry Orchard,” this rendition of the classic play keeps Chekhov’s comedic relief in a tale of change, love, healing and grief. What makes “The Almond Orchard” unique is the vast similarities of 1904 Russia as the setting is transformed into modern-day Chico.

“The Almond Orchard” is set on an orchard on the outskirts of Chico. The family who owns the land returns to the estate for one last summer just before it is auctioned to pay the mortgage. The land is needed to build new homes and expand the economy of the area, but the family is reluctant to give up the home that they’ve owned for generations.

35 years ago, director and main character Joyce Henderson watched “The Cherry Orchard” at another theatre and fell in love with it. She waited for the right time to produce it herself, which eventually brought her to adapt the play at the Blue Room Theatre.

“Things happened here in Chico and I’ve been watching through the years how the orchards are being taken down and change is coming,” Henderson said. “Now, especially with the Camp Fire survivors coming to town, people need a place to live. I don’t know the answer, I’m just bringing up the discussion because we have 40,000 more people in town now.”

Henderson’s adaptation asks important questions to the Chico community as they stride forward into unknown waters. The economy has already been changing rapidly as the population has doubled, tripled and quadrupled throughout recent years, but the Camp Fire has accelerated the need to answer the approaching question: “What now?”

“I think it’s a good tell of the times, like how generations move forward,” said Fiona Hull, a Chico State student and cast member. “You’re gonna come, you’re gonna learn about the economics and politics of Chico, how we’re moving forward and backward.”

Regardless of Chico politics, “The Almond Orchard” brings a lightheartedness to the loss the characters feel throughout the story, along with strong themes of family－both in fiction and in reality.

“The Almond Orchard” will be showing at Blue Room Theatre until March 30.