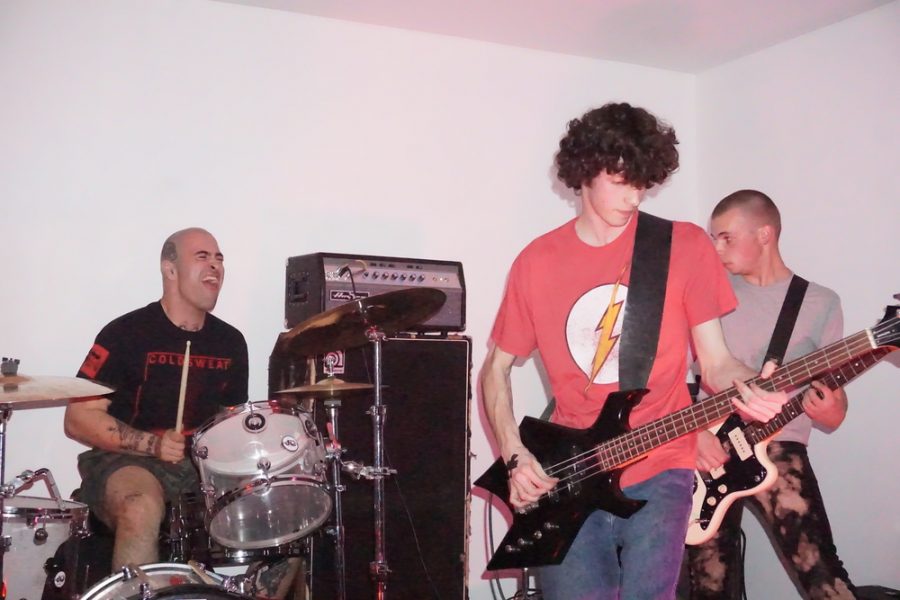 Hardcore punk bands D-FY (pronounced “defy”) and ICED, from Chico and Eugene, Oregon respectively, kicked off their tour on Friday in Chico.

The concert, hosted by 1078 Gallery, consisted of both D-FY and ICED with END // GAME and The Choice, both from Chico, playing as support acts.

Both D-FY and ICED are a part of the same label, Xerox Records. The groups have built a bond with each other and felt it was time to collaborate on the road.

“We’ve been friends with them for a really long time, so we decided it was time to get something going,” said Tommy Ghiorso, drummer for D-FY. “We played Eugene [last summer] and we just kinda got together and talked about it and decided that we had a good time together and we should f*cking party and tour, so that’s what we’re doing.”

After their show in Chico, D-FY and ICED will continue their tour in eight cities in California and Nevada: Oakland, Santa Cruz, San Luis Obispo, Fresno, Los Angeles, Las Vegas, Reno and Sacramento.

END // GAME began the night with a stellar, energetic set that set the mood for the rest of the night.

D-FY was the next band to hit the stage. As they filled the room with heavy instrumentals, amplified by their loud monitors and speakers with enough sound to leave your ears ringing, the energy and atmosphere inside the venue would only continue to escalate.

ICED were the third band to play their set. As the mosh pits grew bigger, so did the sense of comradery.

Chico’s very own The Choice ended the night with a short, yet impactful 15-minute set. Everything from their engagement with the crowd to their tribute to The Ramones was enough to make the night go from good to great.

What’s impressive about small venues like 1078 Gallery is that it’s very easy for a rapport to grow between the crowd and the musicians. That sense of intimacy was felt throughout the whole night. At many times, the concert no longer felt like a show, but a shared experience between a collective family who all have an interest in one thing: hardcore punk.

As the night came to an end, Belfatto expressed her excitement for the upcoming tour with D-FY.

“I’m looking forward to the experience, playing music with people and having fun with our friends,” she said.