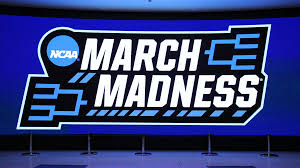 Saturday and Sunday were huge days in the National Collegiate Athletic Association men’s basketball world and as a result, we now have the official NCAA March Madness bracket.

The tournament favorite among many, Duke University, won the ACC championship over Florida State on a terrific performance by the likely first overall NBA draft pick Zion Williamson.

Duke University is the team with the highest odds to win the tournament since the 2014-2015 University of Kentucky team.

The tournament doesn’t officially start until Thursday but Tuesday and Wednesday still have some entertaining games.

The “First Four” is the set of games that decide the last four spots in the tournament bracket.

Fairleigh Dickinson and Prairie View will play in the first game to decide the 16th seed in the west region of the bracket. Belmont vs. Temple, North Dakota State vs NC Centra and Arizona State vs. St. John’s will decide the remaining seeds in the East and West regions of the bracket.

After these matchups, the tournament officially begins.

Gonzaga is the first number one seed to play as they will go against the winner of Fairleigh Dickinson and Prairie View.

The number one seeds almost never lose in the first round of the tournament but Virginia did lose to the 16th seed UMBC in 2018. Anything is possible when you put your season on the line in every game of the tournament.

While the top teams are certainly fun to watch, there is always a chance that a smaller school can go on a run for the championship. Here are a few teams that I think could pull off the ultimate “Cinderella Story.”

Murray State is the 12th seed in the west region of the bracket and has been earning a lot of respect from analysts as of late. The team is led by star guard Ja Morant.

Morant averages 25 points 10 rebounds and six assists a game and has brought Murray State to a 27-4 record. Morant’s explosive gameplay style and the team’s overall versatility gives the Racers a shot at making a deep run.

Another unexpected team that poses a threat this year is UC Irvine. The team earned an impressive 30 wins with only five losses on the season. Irvine’s defense has improved immensely since last season and looks to exact revenge on Kansas State in the first round after losing to them early in the season.

The University of Florida is also a team that could put together a deep run. The Gators have a lot of talent and have shown signs of promise throughout the year, but have been fairly inconsistent this season. If they can stay in the zone and use the talent that they have effectively, look for them to string a few wins together.

Each of these teams can make noise in the tournament but not every team has what it takes to win it all. It’s the nature of college sports and favorites usually win out.

Here are my top three teams that I think can go all the way and make history for their schools.

Nevada has had an impressive season and finished it off with a 29-4 record. The team is led by twin brothers Caleb and Cody Martin who have really pulled their weight on the court this season. They have put their team into contention as favorites. Nevada is no stranger to the tournament and is one of my picks to possibly win it due to their experience and recent success.

North Carolina is another top pick that has a real chance to hoist the trophy. The Tar Heels have beaten Duke once already this season and have proved themselves amongst the best teams in the country this year. Shooting guard Cameron Johnson has shot over 50 percent this season and if he is given the opportunity to deliver in big moments, he definitely can.

Last but absolutely not least is Duke. The Blue Devils are without a doubt the tournament favorites of many, including myself. Their superstar trio of Zion Williamson, RJ Barrett and Cam Reddish has been nothing short of magnificent this year and can beat any team on the bracket.

With all of the talent and exciting storylines in this year’s tournament, March Madness surely won’t disappoint. Every school big or small has a chance to win it all and they will all be fighting to do so.

Matt Ferreira can be reached at [email protected] or @MattFerreira__ on Twitter.