Trump isn’t the worst dog from the White House 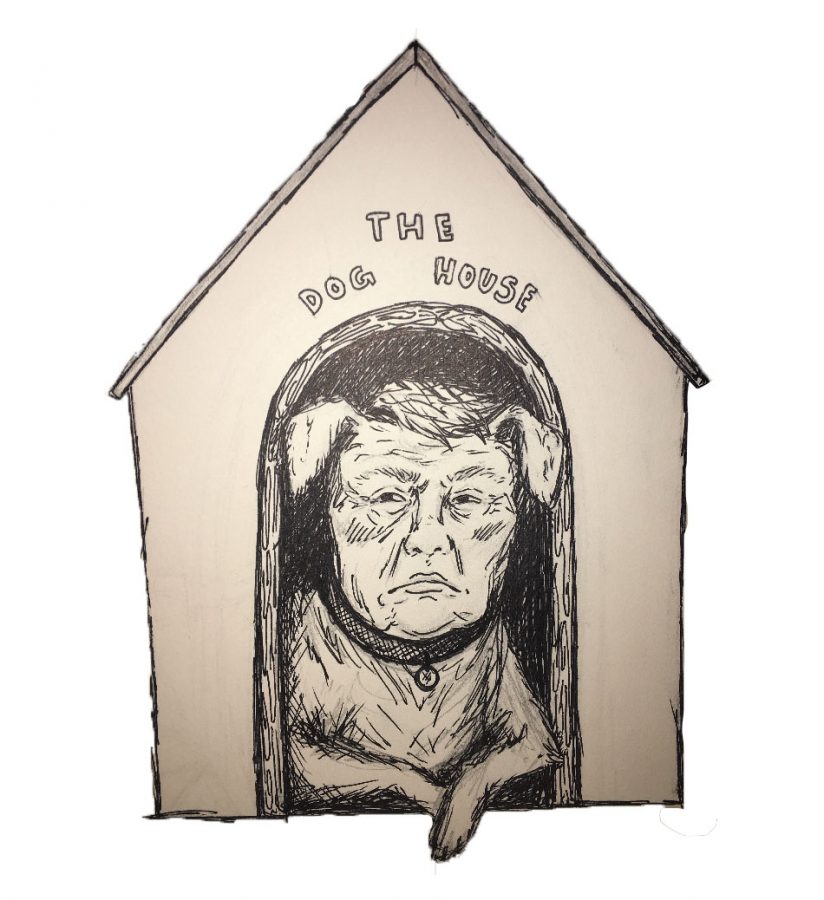 What do you mean Trump isn’t the worst President ever? Have you gone insane?

Truthfully, no; while Trump may have a terrible presidential reputation in many social and political circles, it takes more than just a few years to adequately judge the legacy that a person has left behind. History passes judgment on every person, but when it comes to the matter of presidents, this judgment must be done very carefully.

It begs the question: Who then, if not Trump, is the worst American president in history? I could list the faults of every president from a contemporary sense, and it would be inadequate. Most of them would have unforgivable traits, namely racism, sexism and other forms of bigotry. Instead, I will try to argue more so about their actions. And with that, I will present two presidents who have contributed negatively to the U.S. more than Trump.

My personal least favorite is Democrat Andrew Johnson who succeeded Abraham Lincoln following his tragic assassination. Johnson, who showed up inebriated to his own presidential inauguration (the punch was spiked) was the catalyst for many issues in the South for the next hundred years. The period after the Civil War was called the Reconstruction, even though all it did for anyone was reinvent institutionalized racism into a then-contemporary form.

Johnson was a man who only wanted to appease the South. He never tried hard enough to prevent the passing of Jim Crow laws, nor stopped the rise of the first (of three iterations) branches of the KKK. He also did not support the 14th amendment, which allowed former slaves to gain full citizenship. His ineptitude set Civil Rights back one hundred terrible years. In his own time, he was negatively viewed, he was impeached after all.

Another bad president is Republican Warren G. Harding. Often listed as one of the worst Presidents in American history. Without even talking about his terrible administration, he was a selfish, conniving man who committed numerous extramarital affairs before and during his presidency. He even supposedly conceived a child with one of his many mistresses from inside a closet!

His actions also included appointing personal friends for cabinet positions. Several of those friends took bribes from oil companies, in what is known as the Teapot Dome Scandal. Even worse: People didn’t know the full extent of his own administrative corruption. This lack of knowledge meant he was well-liked until he died in office. After his death, his administration’s corruption came out, which gave him the terrible reputation which he deserved.

As such, I don’t believe Trump has actually done enough yet to be considered among the worst presidents. Not enough time has passed to cast a true and unbiased judgment against him and his cabinet. People who say that he is already the worst (during his first term) should also remember that other people have said that about Obama, Bush and Clinton. Regardless of what might happen, we will have to wait and see how historians write about Trump, give or take 25 years. Then, we will judge him from a more contemporary view to see how he holds up.

Reed McCoy can be reached at [email protected] or @ReedMcCoy6 on Twitter.