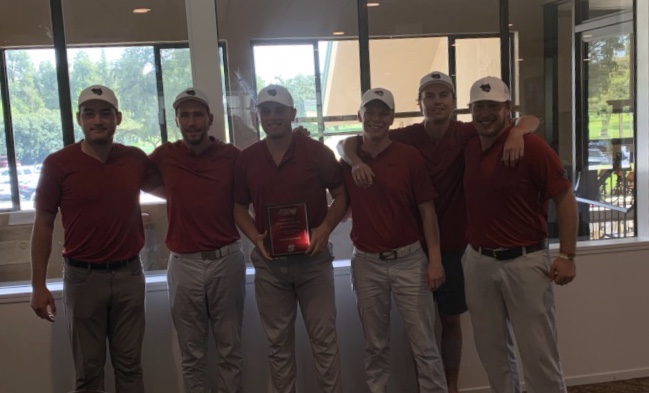 The Chico State men’s golf team did an outstanding job at the Hanny Stanislaus Invitational in Turlock Monday and Tuesday.

The Wildcats scored 19 shots under par collectively and their efforts secured them first place honors. The team’s score in the tournament tied the school scoring record.

The WIldcat’s dominance was the story of the tournament as they outscored the second place team by 19 strokes.

The host team, Stanislaus state placed second behind Chico State and Simon Fraser was in the third place at the end of the tournament.

Chico’s senior Josh McCollum started out the tournament hot and shot a 67, good for five shots under par. The second round was no different as he shot a 67 again and set himself up with a score of 10 shots under par going into the final round.

McCollum shot even in the last round and his performance in all three rounds earned him the top spot in the individual rankings.

Senior Kelley Sullivan also placed in the top five for individual golfers. In the first round he was 3 shots under par. Sullivan played well in the second round too and scored a 71. In his last round he came in at even par with a score of 72.

Senior Jordan Oliver shot under par in the first two rounds, posting scores of 70 and 71. He went in to the third round at 3 shots under par and after shooting a 74 Tuesday finished the tournament at one shot under par.

Oliver’s shooting was good enough to place him in the top ten as he secured the eighth spot on the individual golfer rankings.

The Wildcats are on an impressive streak as they have placed in the top five rankings in each of their last six tournaments. Two of those tournaments have ended in first place finishes and they are continuing to prove themselves as a top team in the nation.

Chico will look to continue its dominance at the Mustang Intercollegiate in Goodyear, Arizona at the Palm Valley Golf Course on April 9 and 10.

Matthew Ferreira can be reached at [email protected] or @MattFerreira__ on Twitter.