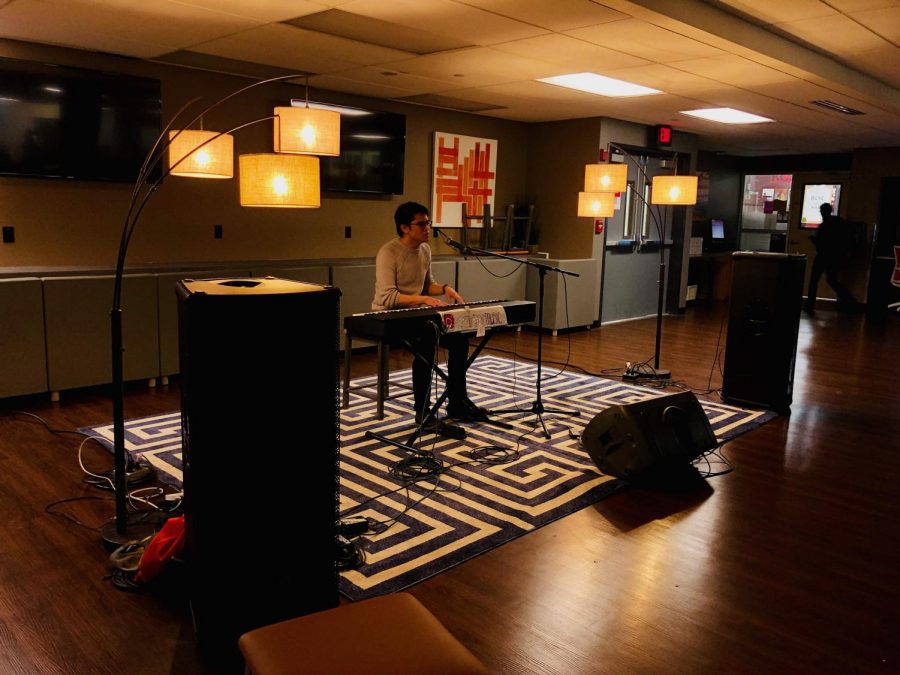 AS Productions hosted their first Nooner Concert of the semester on Wednesday, April 3, which featured student artist Caloy. The show was held in the basement of the BMU, where students could study and relax to Caloy’s music.

The show is the first of the year in the returning concert series.

“It’s been going on for a while, I think since 2003. There has been over a decade of Nooner Concerts put on by AS Productions. We try to get local artists and students, and recently more student talent,” Abraham Tapia, event coordinator for ASP, said.

The Nooner Concerts are usually held outdoors throughout the school year, but the unpredictable and heavy rain meant the show had to be moved.

“We usually do them both semesters, and when it’s warmer they will be out on Trinity Lawn,” Tapia said.

“The goal is to host the concerts outside, but obviously due to weather conditions this week we had to hold it here (in the BMU basement),” Melanie Margolati, ASP’s Event Programmer, said.

The concerts will continue throughout the rest of the semester.

“We have a Nooner Concert scheduled every Wednesday until May 1,” Margolati said. “The week of April 22nd, it will be on that Monday instead.”

Nooner Concerts will continue weekly, each Wednesday at noon at Trinity Commons or in the basement of BMU. More information about ASP’s upcoming entertainment events can be found on their website.

Mitchell Kret can be reached at [email protected] or @mkret222 on Twitter.