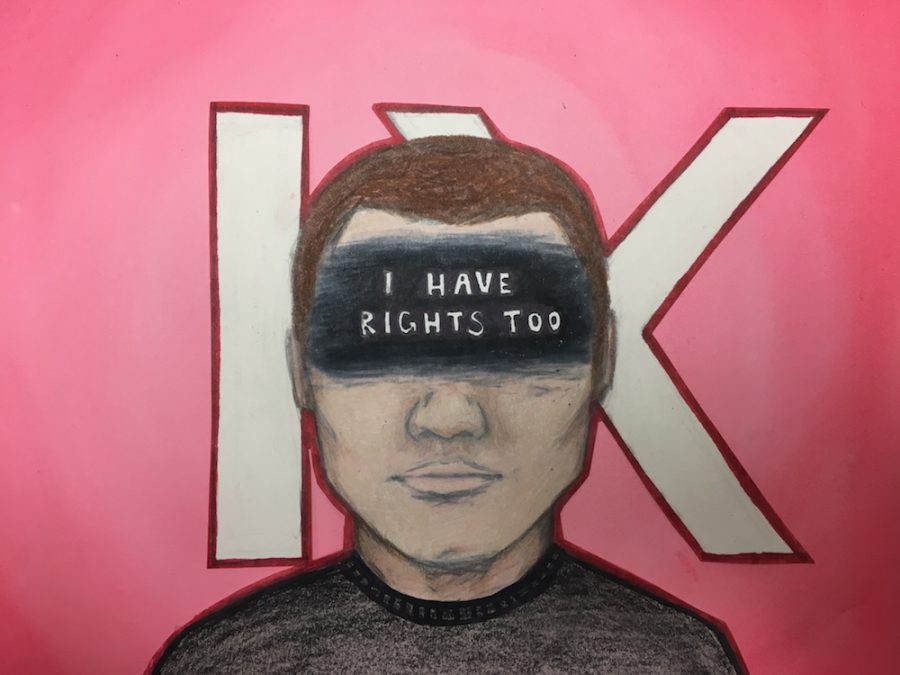 A ruling, coming out of a case from USC, gives more rights to people who are accused of sexual misconduct. Photo credit: Melissa Joseph

Chico State and many other schools across California are revising their sexual assault protocol after a state appellate court ruled that students arraigned of sexual misconduct have new rights to protect them against false accusations.

The decision came from a January case at the University of Southern California, a private, research university. Even though USC is a private university, the ruling applies to all California schools, both private and public. It requires that accused students have a right to a hearing and a cross-examination of their accusers. This ruling has sparked a relook at Title IX procedure for sexual misconduct cases, and only applies to sexual misconduct cases involving students.

Out of every 1000 rapes, 995 perpetrators will walk free. Photo credit: Kendall George

According to Dylan Sakke, Title IX Coordinator at Chico State, the university is taking its time revising sexual misconduct protocol in the wake of this new court ruling.

“It’s really requiring a hearing process where the parties have an opportunity to indirectly ask questions of the other party and important witnesses,” Sakke said. “Whereas previously, the investigator was the person who gathered all the evidence and made decisions about what they believe occurred. So that hearing mechanism is really the baseline of what is now required for this law.”

For Michael Williams, a Chico State junior, a false rape accusation at the age of 21 changed his life forever, leading him to drop out of school for four years. Since his false accusation, he says, he doesn’t look at women the same way and is weary of starting conversations with them.

“It’s not the creepy guy in the corner who doesn’t know you who does this kind of thing,” Williams said. “But he’s the one who everyone thinks is going to do it.”

His full audio interview can be heard here.

On March 26, Saake sent out an email to all students where he explained the updates that will happen at Chico State in compliance of the new Title IX update that was decided on Jan. 4 from the USC case. 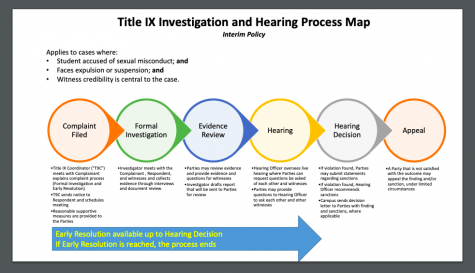 Dylan Saake, Title IX Coordinator, sent out an email explaining the new changes to the Title IX protocol after the hearing in Jan.

“We don’t want to discourage people from reporting. We want people to understand what an investigation process looks like. I’m afraid of a chilling effect,” Saake said. “There is a lot of evidence that shows that having to tell a traumatic event multiple events is trauma-inducing.”

According to a 2017 Department of Justice Programs in a National Crime Victimization Survey, 230 out of 1,000 sexual assaults are reported to police. In another study conducted in 2014, at the college age, 80% of female students never report their assaults to the police. There were no statistics given for non-male students.

For another Chico State student, who would like to remain anonymous, a false rape accusation came up two years after a night out with a girl who he called a friend.

“I was freaking out so I told my parents about it. They had no idea how I would be able to disprove it,” he recalled. “Luckily, my uncle was an attorney in Sacramento. We sent her a cease and desist letter.”

According to this student, the woman had a following of about 6,000 people on Twitter and she started tweeting about him. This Chico State student had text messages from that night, however, that his uncle said disproved the rape allegations.

“The betrayal was hurtful,” he said. “If I didn’t have those screenshots how would I prove this wrong? It isn’t true and she knows it isn’t true. I’m skeptical sexually now. It (a false rape accusation) is definitely still a minority. though.”

According to the National Sexual Violence Resource Center, of reported rape cases, between 2 and 10% of them are false. However, the definition of a false accusation changes state-to-state, so it can be unclear what the real number is. NSVRC defines a false accusation as a “reported crime to a law enforcement agency that an investigation factually proves never occurred.”

Reflecting on his experience, the anonymous student has advice for those who might go through this in the future. Above all, he emphasizes consent.

“The hearing is not the only option. There are a lot of things we can do to offer support,” Saake emphasized.

Safe Place is another resource on campus for students dealing with sexual misconduct and Saake encouraged them to reach out to Alix MacDonald, Safe Place coordinator for more information.

Individuals looking for resources regarding sexual misconduct including but not limited to rape, sexual assault, stalking or domestic violence can contact Safe Place at 530-898-3030 or university police at 530-898-5555.

“I would establish consent with the sexual partner before inebriation. Obviously, ask again right before. Also, don’t delete text messages,” the anonymous student said. “Just because it (consent) is established before you go out, doesn’t mean it’s established afterward.”