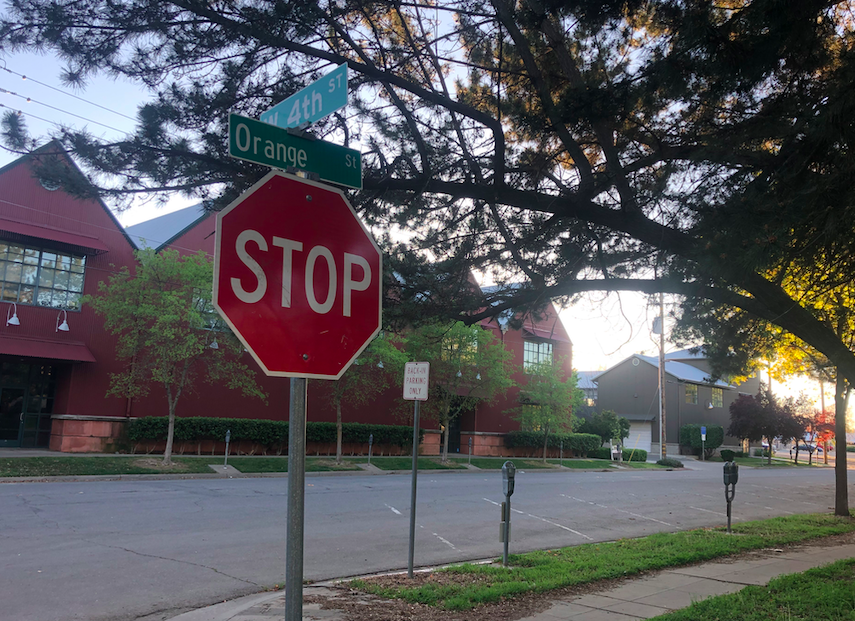 The new shelter which is projected to open in June will be on the corner of 4th and Orange streets, right across from the train station. Photo credit: Kendall George

President Gayle Hutchinson sent out a campus-wide email Friday explaining the university’s opposition to a new low-barrier homeless shelter on the corner of 4th and Orange streets. In this email, she attached two letters that she wrote to the city council, expressing her priority for student’s safety as well as encouraging the city to pick a new spot for this permanent homeless shelter.

“Our concerns should not be misconstrued into ones which disparage a population as criminals or predators simply because of their housing status,” Hutchinson said in a letter to city council. “However, it is the very nature of a low-barrier shelter that creates our greatest concern.”

On Tuesday, the proposal for a new shelter was introduced to the council and was voted in majority support. The proposed shelter would be funded by a $1 million grant from the Walmart Foundation and is expected to open June 15.

Although Hutchinson and Chico State administration are in opposition to the shelter being opened so close to campus, they want campus and community to know that they are in support of the shelter.

“ Our first commitment to the students who attend our University and to our faculty and staff is to provide a safe environment that fosters learning and growth.”

What do you think about the new shelter proposal in proximity to campus? Tweet your opinion to @theorion_news.