Walks cost Wildcats against the Toros 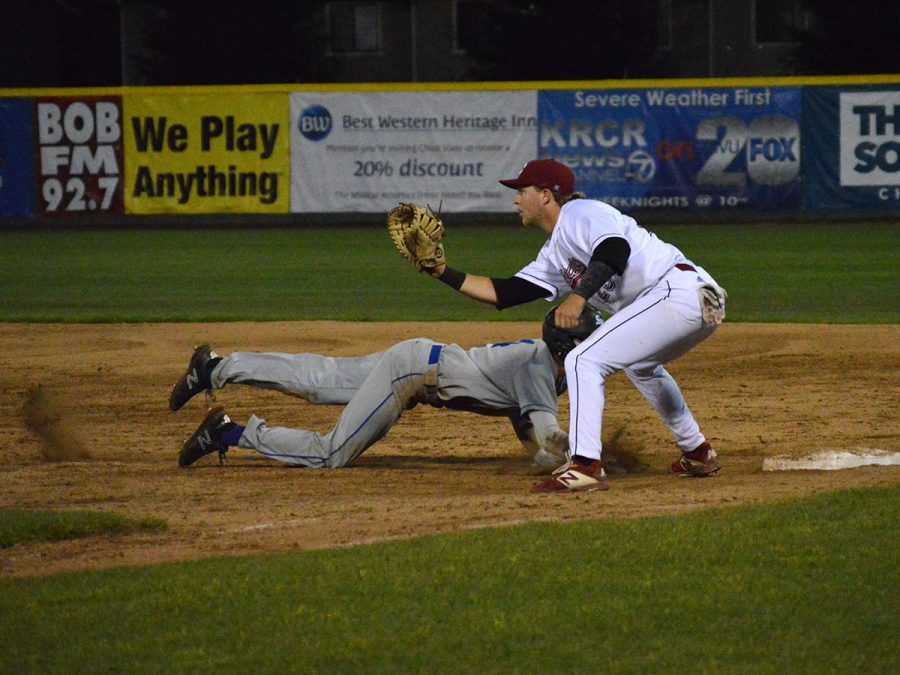 Chico State loses two games as they issued 12 walks and were outscored 17-5 in the first half of their series against Cal State Dominguez Hills.

Not much went well for the Wildcats on Friday as they fell to the Toros 10-2.

Chico State’s designated hitter, Alex DeVito, extended his streak to 27 games consecutively reaching base with a home run in the fourth inning.

DeVito also extended his hit streak to 10 with that same pitch he took over the fence to right-center field. DeVito’s longball had the Wildcats down 4-2 in the fourth.

The Toros added to their two-run lead with four runs in the bottom half of the fourth inning.

Starting pitcher Grant Larson struggled in his four innings on the mound. Larson allowed eight hits and eight runs. He also walked four batters and hit another two. Larson’s record is now 4-3 with a 4.60 ERA and two saves.

Reliever Sid Lacy took over on the mound in the fifth inning and he walked three batters and allowed two runs.

Kristian Scott, usually a third or first baseman, made his pitching debut with two shutout innings for Chico State. Scott did not walk a batter and stuck out one batter.

Ellis Stevens worked around a two-out double in the eighth inning for a scoreless inning.

The game started just like Friday’s game with the Wildcats issuing walks that allowed the Toros to score.

In the first inning, Chico State’s starting pitcher William Curless walked a batter that ended up scoring on a sacrifice fly. He walked another batter and hit the following batter. Two pitches later, the Toros took Curless deep for a three-run home run. The Wildcats trailed 4-0 in the first inning.

In the second inning, the Wildcats started their first of four straight innings of getting the leadoff batter on base. After Cody Wissler singled, Myles Moran hit a two-run home run to cut the deficit in half in the second inning.

Curless settled down after the first inning. Curless threw 110 pitches in six innings of work. He allowed five runs on eight hits and struck out six Toros batters.

On offense, DeVito extended his streaks by one more game with a single in the first inning. After Saturday’s game, DeVito is now batting .357 with four home runs and 22 RBI’s.

The Wildcats dropped game one of Saturday’s doubleheader 3-7.

Wildcats had opportunities to score as they got seven hits, but they struggled to get runners around the bases and they left eight runners on base. The lone extra-base hit was Moran’s home run.

The Wildcats look to rebound Saturday afternoon and Sunday at 11 a.m. when they concluded the series against the Toros.