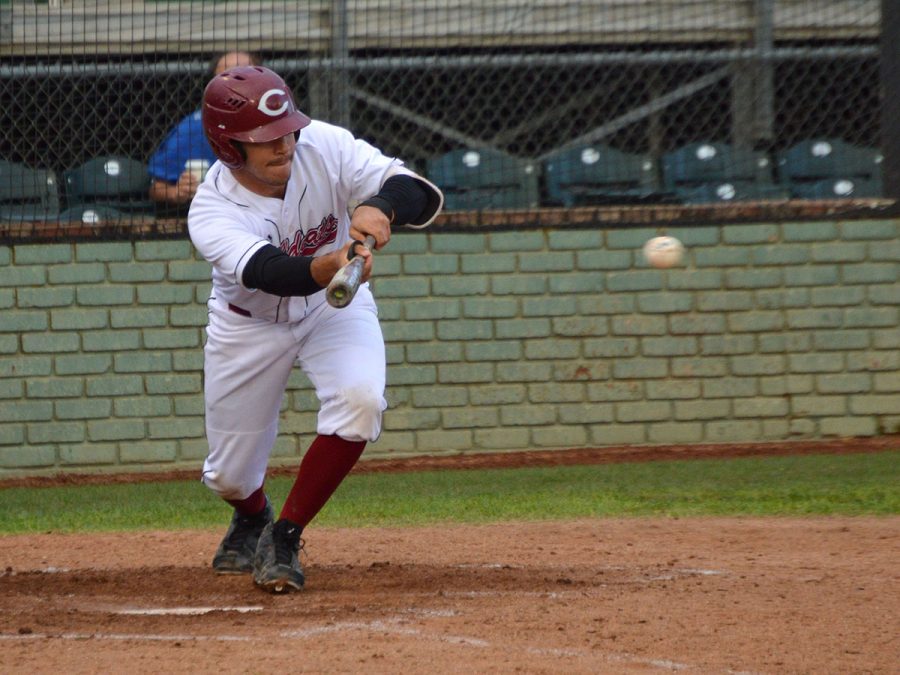 The Wildcats dropped the first two games to the Toros Friday and Saturday but were able to recover due to a couple of great pitching performances and a more productive offense.

They have now gone 4-6 in their last 10 games with 13  games left in the regular season. Every game counts for the Wildcats as they remain at sixth place in the California Collegiate Athletic Association standings. 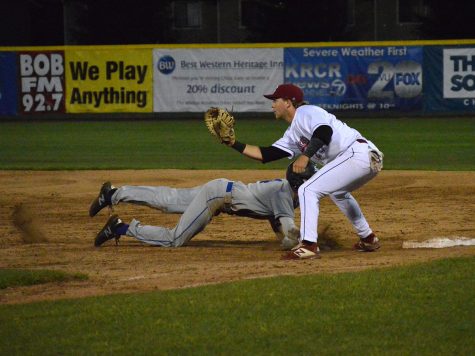 Dustin Miller waits for the ball to be thrown at him to make a play at first base against Cal State San Marcos on April, April 6, 2019. Photo credit: Olyvia Simpson

Saturday’s second game got out to a great start for Chico State and they sprung to an early 2-0 lead thanks to a two-run single from junior shortstop JT Navarro and a scoreless first inning from junior pitcher Daniel Foret.

Chico State’s lead stayed at two runs until the fourth inning when defensive errors by the Toros allowed two more runs to come in, making it 4-0.

Dominguez Hills put a little bit of pressure on the Wildcats when they had a three-run inning in the bottom of the sixth. This prompted a Chico State pitching change and Alex Kent came in to close the game out, allowing just one hit in the 1 2/3 innings he pitched.

Getting out to a quick start offensively and defensively proved to be the deciding factor in Saturday’s game. The Wildcats managed to maintain their lead and win 4-3.

“We always try to throw the ‘first’ punch because it gives us momentum right off the bat,” junior outfielder Eddie Zavala said. 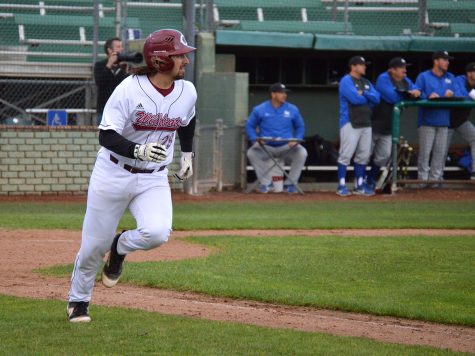 The final game of the series, played Sunday, featured an explosion of offense from the Wildcats. The team combined for 11 hits and won the game by a score of 9-1.

The Wildcats certainly threw the first punch in this game as they had a five-run first inning followed by a scoreless inning from senior pitcher Andrew Lopez. They then added another run in the top of the second and had a 6-0 lead for most of the game.

Neither team scored again until the eighth inning. In the top half of the inning, the Wildcats scored two runs after a Navarro double down the left field line.

Dominguez Hills scored their only run of the game in the bottom of the eighth but junior pitcher Connor Sealey was able to keep things under control and finished the inning.

Chico then closed out the game, splitting the series with Dominguez Hills at two games each.

“We didn’t have to make too many adjustments to win, we wanted to maintain our same team energy, have tough at-bats and take care of the ball on defense,” Zavala said.

The Wildcats will be back at it Thursday when they host Cal Poly Pomona for a four-game series.

Matthew Ferreira can be reached at [email protected] or @MattFerreira__ on Twitter.