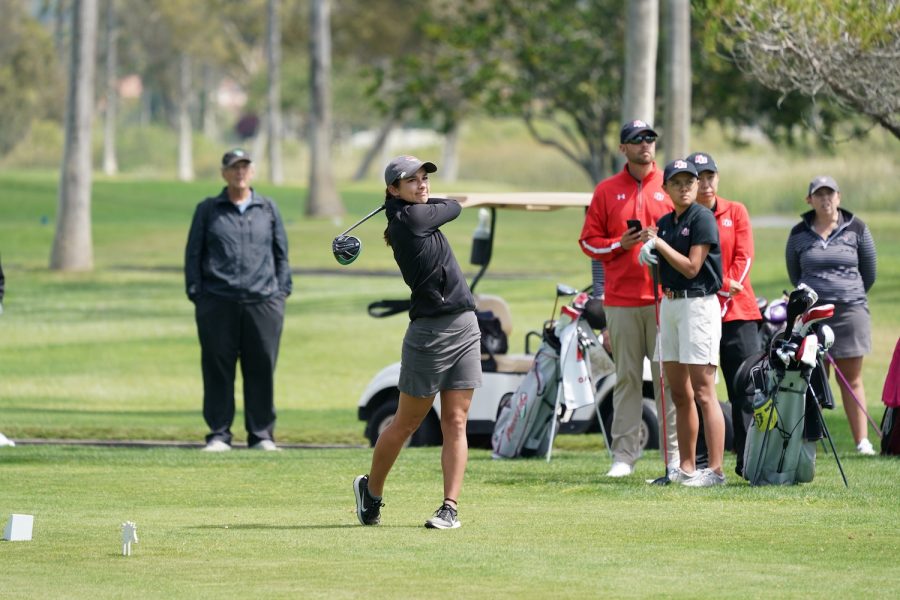 Natalie Kinney was the leading scorer in the CCAA championship. Photo Courtesy of Sports Information.

Chico State started off with a powerful performance at Morgan Run Golf Club as five Wildcats ended the day combining to shoot even par over the last three holes. Placing them a few strokes away from a second place finish.

This has been the team’s lowest scoring single-round since the Western New Mexico Fall Intercollegiate hosted last September.

Brittany O’Bryant and Natalie Kinney were the highest scoring Wildcats tied in eighth place with a score of 75.

The Wildcats trailed right behind the Seawolves with a score of 26-over par.

The ‘Cats’ stepped up their gameplay scoring four shots better on Tuesday with a score of 22-over par. This shook up Sonoma State as they had to share third place with the Wildcats.

Chico State surprised their competitors as they had 306 marks which is the best single-round score ever in the CCAA championships, which is one stroke shy from the lowest 18-score hole this season.

Freshman Julia Kalez prevailed as she had her career-best 3-over par 74, an eight-stroke improvement from her opening round. Kalez scaled up 11 places in the individual leaderboard reaching 14th place.

Kinney surpassed O’Bryant with a score of 5-over par 76 for the day which earned her a shared spot of ninth place with an overall score of 9-over 151.

O’Bryant was not extremely behind as she ended the day with a score of 6-over par 77 tied for 11th place with an overall score of 10-over par 152.

The Cougars increased their lead over Cal State Monterey Bay by one stroke with an overall score of 20-over par 588. Chico State and Sonoma State followed 28 strokes behind Cal State San Marcos.

The Wildcats kept up their high performance going into the third day but slipped back and finished in fourth place with a score of 26-over 310 with an overall score of 74-over 926.

Kinney continued to lead Chico State as she carded 6-over par 77 with an overall score 114-over 27 and she tied for 10th place. 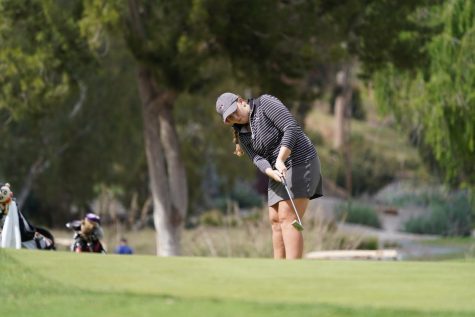 O’Bryant followed with a 6-over 77 which brought her to a three day total of 16-over par 229 this earned her a 13th place finish. This was O’Bryant’s fourth time of the season placing in the top 15.

Kalez had her best finish of the season scoring a total of 236 landing her in 18th place.

Olivia Loeffler wasn’t able to keep up with the rest of the Wildcats as she placed 27th with a score of 245.

The Wildcats keep their hopes up as they wait to hear back from the National College Athletic Association when they officially announce the teams selected for the West Regional on April 29.

If Chico State qualifies they get the chance to continue their season to compete for the Division II National Championship hosted May 6-8 at Amarillo Country Club in Amarillo, Texas.