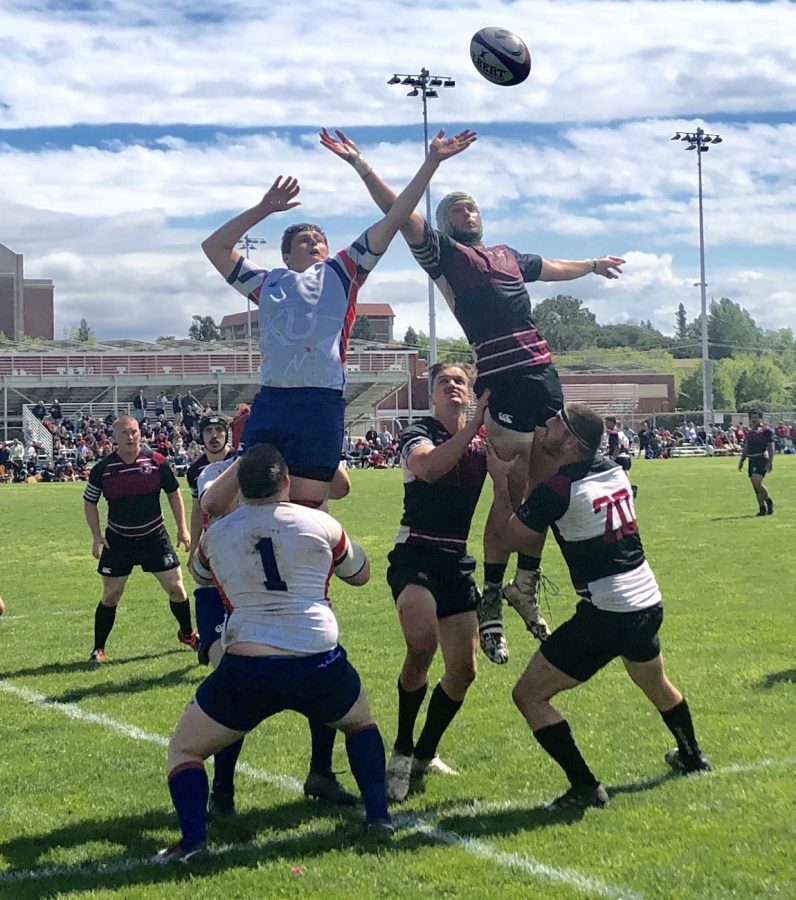 A fight for the ball during a lineout between Chico State and the University of Kansas. Photo credit: Ricardo Tovar

In what wound up being a physical game, even by rugby’s standards, the Chico State men’s rugby team grounded the University of Kansas 24-7.

The game was a defensive battle at the beginning as neither team let the other impose their gameplan for very long. It took until the 32nd minute of the first half for Chico State to break through for its first try of the game.

The end of the first half saw the University of Kansas answer back with a try of their own. Going into the half the score was tied 7-7.

“Kansas definitely came out, they hit hard,” senior vice-captain Anton Holm said. “They fully gave it to us. I don’t think we were really expecting that much of a fight from them, to be honest.”

At the beginning of the second half, it looked to be a repeat of the first half but the Jayhawks would tire as the half kept going and the Wildcats began to wake up.

Soon after, Chico State erupted for a try. Down to thirteen players after a red card and late injury, with 10 minutes to go, the Wildcats got another try to extend their lead 21-7.

Chico State leads three tries to one over Kansas University. 21-7 with 7 minutes left to play. Video is of second try for @ChicoStateRugby. @theorion_sports #TheOrion pic.twitter.com/9sBVDGZFRv

A Kansas infringement allowed a penalty kick for the Wildcats, that was successfully converted for three points as time expired.

The University of Kansas – 7

“It’s been a long difficult season for us,” reserve number-8 Mathew Muholland said. “We’ve had a lot of adversity. It’s just been a grind but we’ve been working towards one single goal, that’s making nationals. It’s the key with rugby, it’s always next game, next truck, next day. We’re ready to go.”

Chico State will play Cal State Long Beach Sunday, in Chico, at noon. A trip to North Carolina is on the line to represent the West in the Men’s Division I-AA, Spring Championship. This will be a revenge game for last years loss in the tournament for the Wildcats.