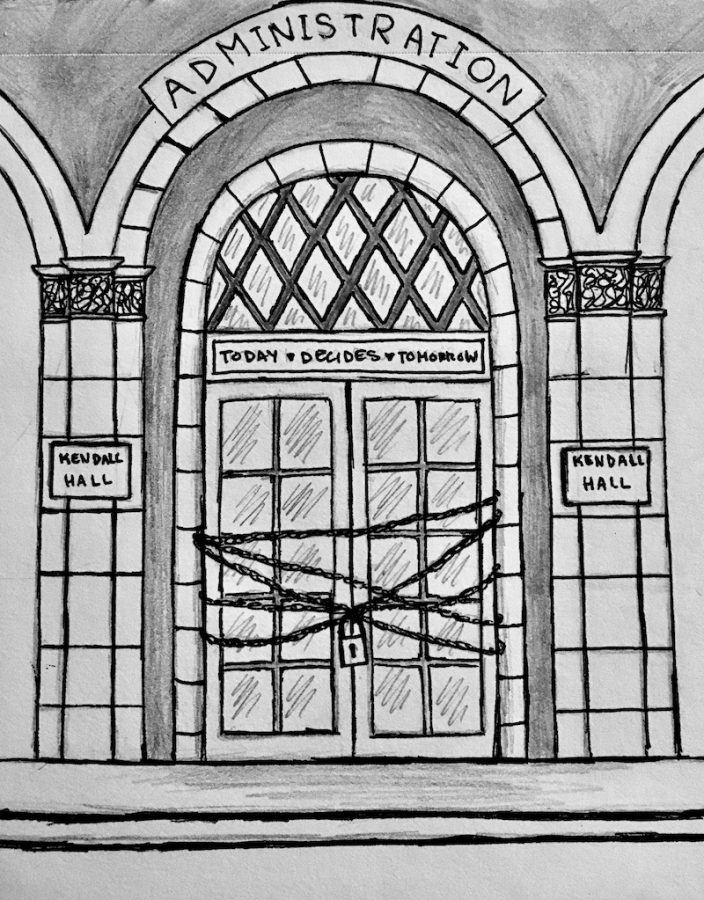 In the past month, Chico State administration has stood in the way of providing information and help to students and student journalists in a variety of critical issues facing the student body.

The Orion has been following several stories that directly affect students, from local safety and dropping enrollment numbers to budgeting and faculty turnover. The administration on campus, however, would prefer to control which sources the paper talks to and obscure information as much as possible if it serves the image of the university.

-In the case of Martin Morales, a student who was arrested on charges of molestation and burglary (he has not yet been convicted), Chico State would not release information beyond the fact that he is a student. This case involves sexual assault and burglary, and the university, and Associated Students, would not admit that this student has been an employee and volunteer on campus.

-Chico State told us that their enrollment for the year is about the same as last year. This is not true. The university would not release reports that gave the actual numbers of freshmen, which Chico News & Review finally obtained and which reveal that the drop in enrollment has reached about 8%, according to that data.

– Chico State has hired 19 new faculty members this year – but the Facilities and Management Services department has lost several employees over the summer. The department has made it very difficult to find out just how many positions have been left vacant. In the meantime, classroom tasks around campus are left unfinished (like floors in Tehama Hall that weren’t waxed) and it’s clear that the department might be understaffed – while the new Physical Sciences building is in active construction and Butte Hall is being torn down.

Perhaps most disturbing, as the editor of our paper, is to find out about interviews being interfered with by the University Communications department here at Chico State.

An Orion reporter looking to interview the head of a department that has seen some losses of staff members was abruptly told that his interview was canceled, after setting it up with the faculty member. He was then told by the UC office that Orion reporters are supposed to come to the UC office first, always, before going to other sources.

For the university’s public relations department to demand that student newspaper talks to them first on everything before going to other sources, and to then set up interviews and monitor these interviews, it is not an anomaly unique only to college campuses and student journalists. It happens more and more frequently these days, as public relations offices become more and more aggressive about pushing the agenda of their clients and trying to manipulate the facts available to journalists – and as journalists become fewer and fewer in number.

But, it has to be resisted, starting at the student level.

The public relations department claims that they will be the ones to best direct The Orion to “the right sources.” In response: I will never ask my reporters not to pursue their own reporting and hunting down of sources based on their own intelligent information-gathering and research process. I will never tell them to talk to the public relations head instead of interviewing a wide variety of sources to represent as many voices as we can.

Bottom line: I can’t ask a staff of reporters to default to the University Communications’ take on every single story. That isn’t news. That makes us the mouthpiece for what the university wants people to hear. That’s the end of free speech and democracy on our campus.

It is always the job of the journalists to find sources without the help of the public relations entity. It’s the same in the “real world.” You never go straight to the public information officer and let him tell you exactly what they want the public to hear. You hit the pavement and you talk to witnesses and go to people’s offices. It’s the same here even if we’re just students attending college because it’s a public state college. A public institution like Chico State that tries to interfere with the process of information-collecting and independent sourcing is trying to control which voices are being heard in the free press.

The Orion is not backing down from these attacks on our freedom to report and to demand public information. We do not need an accompaniment from the communications department, whose job is to make the university look good at all times, to find sources and write stories. Our prerogative is not to make the university look good – it is, and always will be, to uncover the truth.

I want to remind Wildcats that this communications department is following orders from Gayle Hutchinson’s administration. If Hutchinson’s administration continues to try to withhold information and stand in the way of transparency, especially when student safety is on the line, we will continue to let the public know. It’s our duty to our fellow Wildcats, because everyone needs to know what is really happening. And it’s key to preserving free speech and democracy starting here on our campus.

President Hutchinson is now up for review for her three years’ performance. I hope that all students take the events of the past year into account when they submit a report on her performance, due before Sept. 30. Please make sure you do it.