‘Fat’ is used as an insult, but it’s just my body 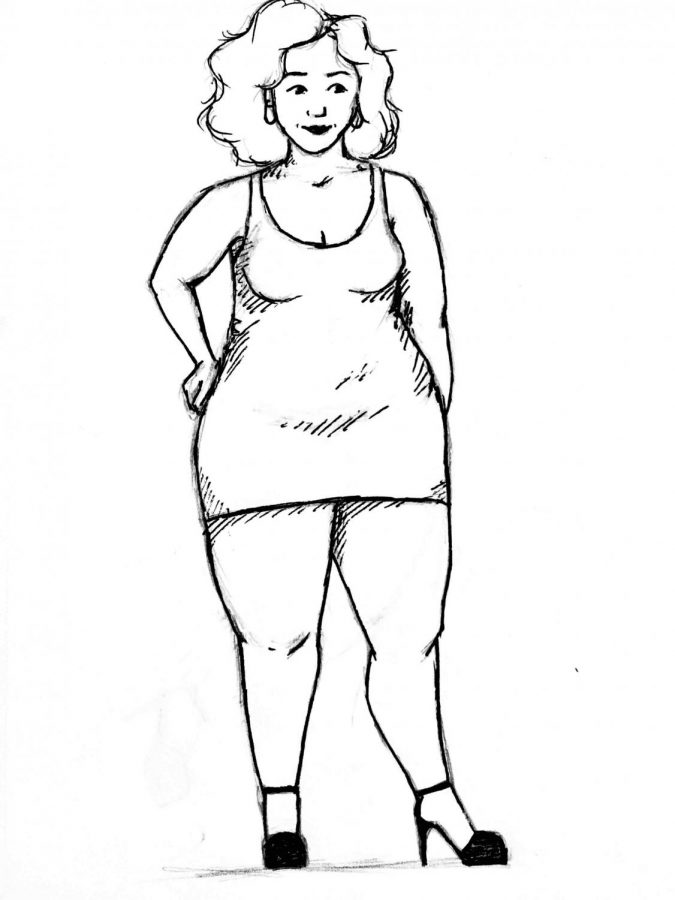 My body isn’t a cation sign; you’re not going to slip into the heart of my struggles by just acknowledging me as I am. Photo credit: Melissa Joseph

I’ve been here a thousand times: A thin person, most of the time my friend or family member, stands in the mirror in front of them. They twist their face in disgust while they look at their body: “Why am I so fat?” Accompanied by “I look disgusting,” or something similar.

One look at my body at almost any point in my life would probably have me stick out as the biggest person in the room, but I’ve been trained to act as a punching bag.

This has warranted some of the most uncomfortable conversations I’ve had in my life. The person would backtrack, frantically: “You’re not fat, you’re beautiful.”

I don’t think anybody in these instances was trying to hurt me, and for a long time, I tried to hide it like an embarrassing mole, but it’s the truth: I’m fat. People jump when I admit it, give me an odd look or try and re-label me as “curvy” or “fluffy.” If every other person thinner than me can call themselves fat, why can’t I?

It’s common vocabulary. It’s on Twitter when someone announces their 30-pound weight loss, claiming that it feels so good to lose the fat. It’s on your Instagram direct messages from a random fitness account that claims their magic weight-loss shake multil-level marketing scheme will help you lose fat more than any diet. It’s in the mouth of my 12-year-old cousin who has no filter after seeing me for the first time in a year.

However, it’s my body. It’s as much a part of me as my brown hair, green eyes and long legs. The only difference is that our society treats this word that describes bodies like mine as this terrible adjective. Thin people have weaponized this word: the epitome of undesirability, greediness, gluttony, laziness and loneliness.

The majority of my life has been geared towards a constant cycle of mostly-unhealthy weight loss which left me devastated, with a body image growing worse with each new failed effort. I’m tired, and my community is tired of trying to fit in. It’s a hard truth, but I don’t want to hear about your weight loss and diet. I don’t want to hear how hard you’re trying to not look like me.

My body isn’t a caution sign. You’re not going to slip into the heart of my struggles by just acknowledging me as I am. Let me call myself fat and say it back to me until one day it stops hurting.

All fat people, myself included, are just trying to exist in the body we own, like every other human.