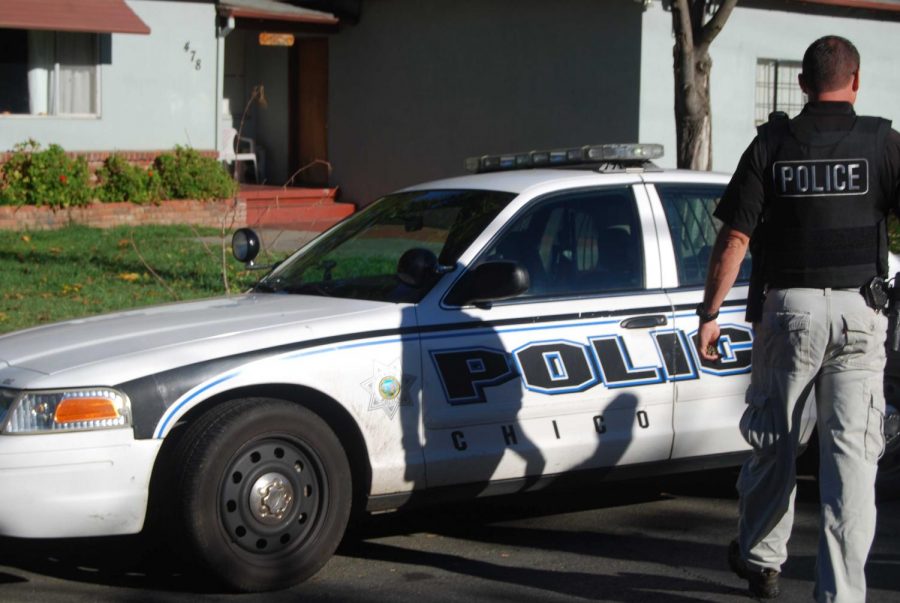 Police officers responded to calls of a vehicle slamming into another car. Photo credit: Kasey Judge

Around 1:40 pm Monday Chico Police responded to a call which led to a dangerous pursuit after a man operating a maroon-colored truck slammed into another vehicle.

Police justified their pursuit, which can be more dangerous to the public than letting the vehicle escape, after receiving a call from a woman who said Lowe ran his truck into her vehicle. The victim did not suffer any serious injuries.

According to a call to police minutes earlier at 1:19 pm, Lowe was reported at the Chico mall telling passersby that someone had kidnapped his girlfriend, before ramming his truck into the victim. The victim has not yet been found connected with any form of kidnapping.

During the chase, several schools were placed on lockdown as a precaution, including Little Chico Creek Elementary, Parkview Elementary and Hank Marsh Junior High.

Lowe was apprehended without incident around the area of Highway 32 and Forrest Ave. He has been charged with assault with a deadly weapon, reckless evading of police in a vehicle and resisting arrest.

Jack Lewis can be reached at [email protected]