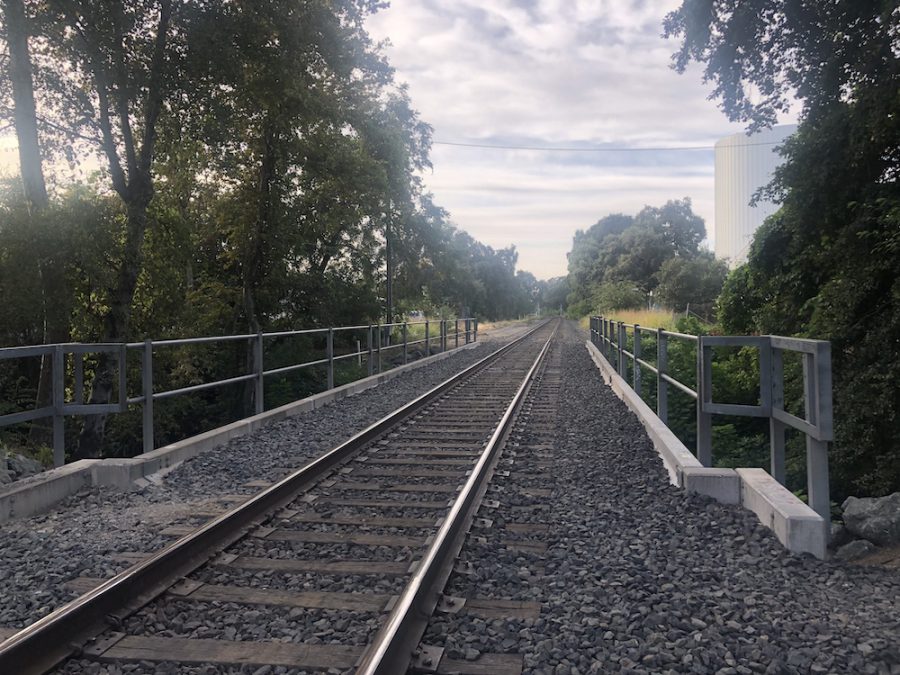 Railroad north of W. 1st Street where a pedestrian was hit by a train on Saturday at around 9:40 p.m. Photo credit: Ricardo Tovar

Former student Reed Pickus has been killed by a train passing through Chico.

The Chico Police department responded to a call Saturday at 9:40 p.m. from a conductor of a Union Pacific Train saying that they had just hit a pedestrian.

The train was traveling northbound and it was north of W. 1st Street.

Police arrived two minutes after the call and the pedestrian hit was found 600 yards north of W. 1st Street and they were pronounced dead at the scene by Chico Fire firefighters present.

The railroad was closed for around five hours as officers investigated.

“Me and my roommate were biking around there around 9:50 p.m. and saw at least five cops and one fire truck blocking the train track intersections from the back WREC back,” witness Alex Grant said.

“The main spot the cops blocked traffic was the intersection of the tracks on West 1st Street. I didn’t see anything past that, the police wouldn’t let anyone through.”

The cause of the collision is currently being investigated. The Orion will provide any updates as they become available.

Any witnesses or people with more information are encouraged to call the Chico PD (530) 897-4910.