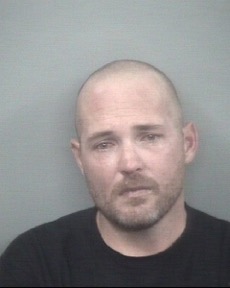 Marc James (35) is the suspect who is charged with firing a gun in a grossly negligent manner. Image Courtesy of Chico PD

Chico Police responded to a report of a firearm discharge on Sunday at around 8:17 p.m. on the 1600 Block of Downing Avenue.

Chico PD had responded to a call half an hour before at the same residence, involving a woman refusing to leave a man’s home.

At 8:17 p.m. the woman said that she heard a gunshot inside the residence.

She later identified 35-year-old suspect, Marc Schmidt, as the man who she said fired the gun at her.

Schmidt was taken into custody after the police spoke to him. He had also shown signs of being under the influence of alcohol.

Schmidt was taken to Butte County Jail and has been charged with willfully discharging a firearm in a grossly negligent manner.