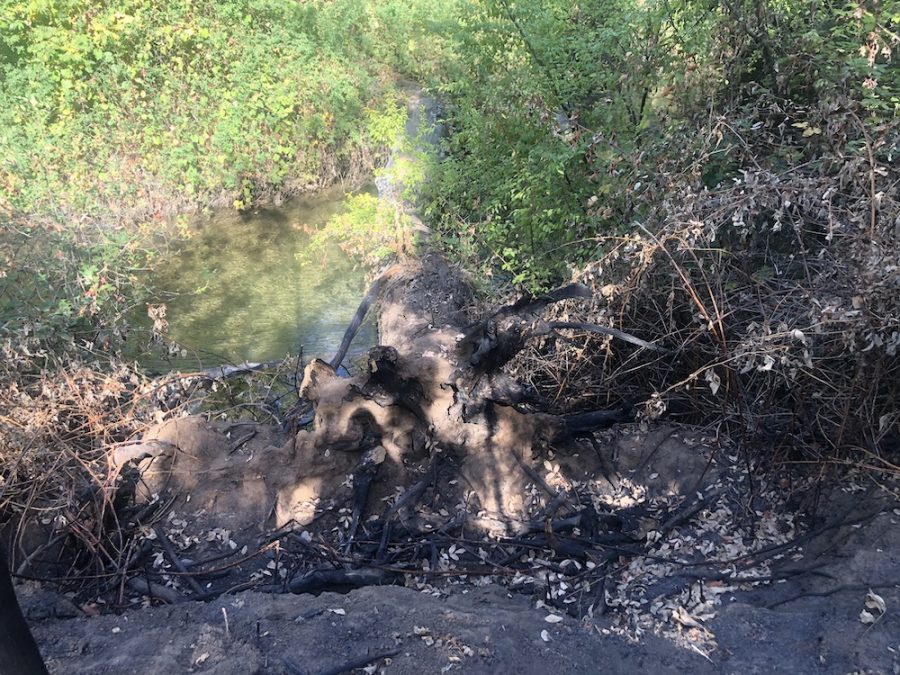 The fire reached near the creek on Tuesday morning. Photo credit: Ricardo Tovar

Early Tuesday, at around 12:53 a.m. Chico Police went to received multiple calls of explosions and fire in the Comanche Creek area near the 400 block of Otterson drive.

The Chico Police Department, Chico Fire Department and Butte County Emergency Medical Services Agency all went to investigate the area. When they arrived they saw that a fire had consumed a large camp in the area in flames.

The fire was put out quickly by fire personnel. It was estimated to have been 100 feet by 100 feet.

Three people were investigated and they confirmed being in the camp when the fire was present.

One of the subjects had received severe burns to his hands and feet. He was sent to Enloe Hospital to treat his injuries.

The reason for the fire is still under investigation.