Surveys, safety cause of commencement changes 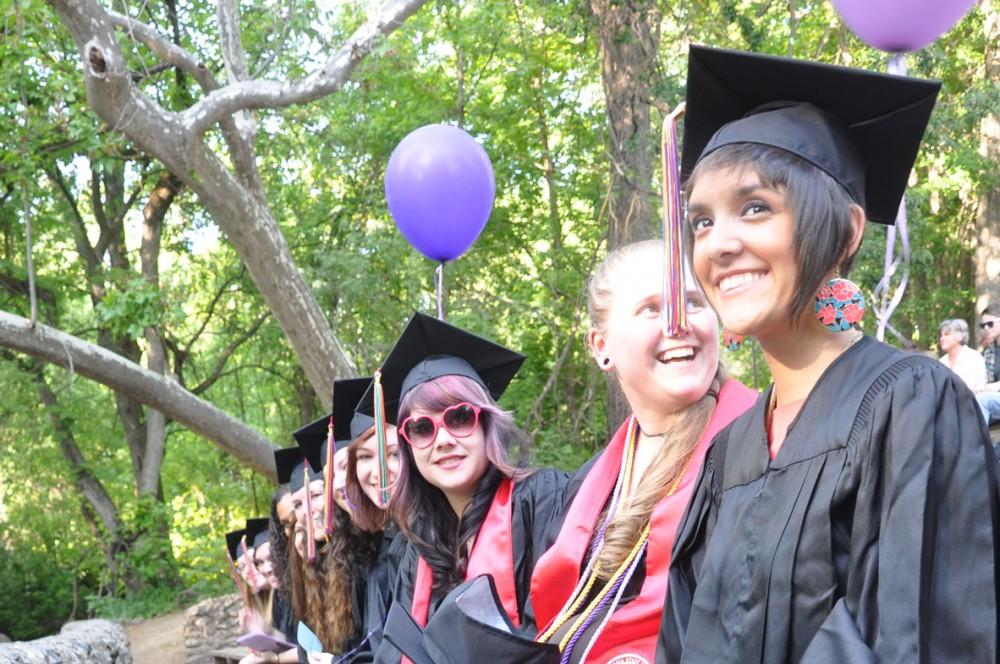 Christine Lee
Surveys from graduating students and Chico State’s Public Safety Advisory Committee’s safety concerns led to the decision to cut the number of commencement guests allowed per graduate. Three to four times each year, a newsletter is sent to graduating students, providing an online survey about what they would like to see at their ceremony, said Sue Anderson, director of alumni and parent relations and chair of the commencement operations group. “One thing we do with the survey is we incentivize people to do it,” Anderson said. “We draw a winner and they could win something like $50 to Target.”Anderson handles the logistics of the commencement. She makes sure there are enough seats, enough portable toilets and emergency plans for situations ranging from rain to a derailed train, she said.Through past surveys, students have suggested large video screens and speakers in order to make graduation better for their friends and family, Anderson said. Students said their parents couldn’t see them from the bleachers, and as a result the video screens were implemented, in addition to online streaming of the event.After the commencement, a final survey was sent to the graduating students. The student surveys before and after graduation only featured open-ended questions, so answers from students were anecdotal, Anderson said. Anderson said she looks at the survey answers and considers the ones from previous years. “Consistently, students tell us they want fewer speakers,” she said. “We’ve cut back on things, like shortening the speeches. The surveys don’t help to necessarily set policy but it helps me operationally make improvements.” The student survey answers combined with the Public Safety Advisory Committee’s concerns ushered in the administration’s new regulations, Anderson said.The overcrowding at the commencement ceremony led to conflicts in the past, said Ryan Patten, chair of the committee and criminal justice coordinator at the political science department. “There have been fights in the stands with families trying to save seats,” Patten said. Members who sit on the committee include police, risk management, facilities management and Associated Students officers.

“Some families partake in the Riley’s tradition, which opens up at 6 a.m., so they’re in the stands intoxicated,” Patten said.

People have been escorted out of the stadium for fights and there were concerns about compliance with the Americans with Disabilities Act, Patten said.

“I can appreciate that students are upset, but safety is more important than hurt feelings,” Patten said.

Eventually, the university will start splitting the seven colleges so each could have separate commencements and eliminate all safety concerns, Patten said.

“The venues might be able to be inside, where there’s (air) conditioning and the ceremony takes a shorter amount of time,” he said. “The only drawback from smaller commencements is that it goes away from tradition.”

Herren will be graduating with the College of Agriculture, which will be having their own ceremony this year at Laxson Auditorium.

The commencement will be more intimate and she’ll get more guest tickets, she said.

“We are heading to a more decentralized, more personal approach to commencement,” President Paul Zingg wrote in an email. “And the College of Ag(riculture) is showing the way.”

Operational planning takes a long time and plans to have seven separate commencements are still under way, Anderson said.

The College of Agriculture is a test drive to see how this year goes, Anderson said.

Christine Lee can be reached at: [email protected] or @leechris017 on Twitter.