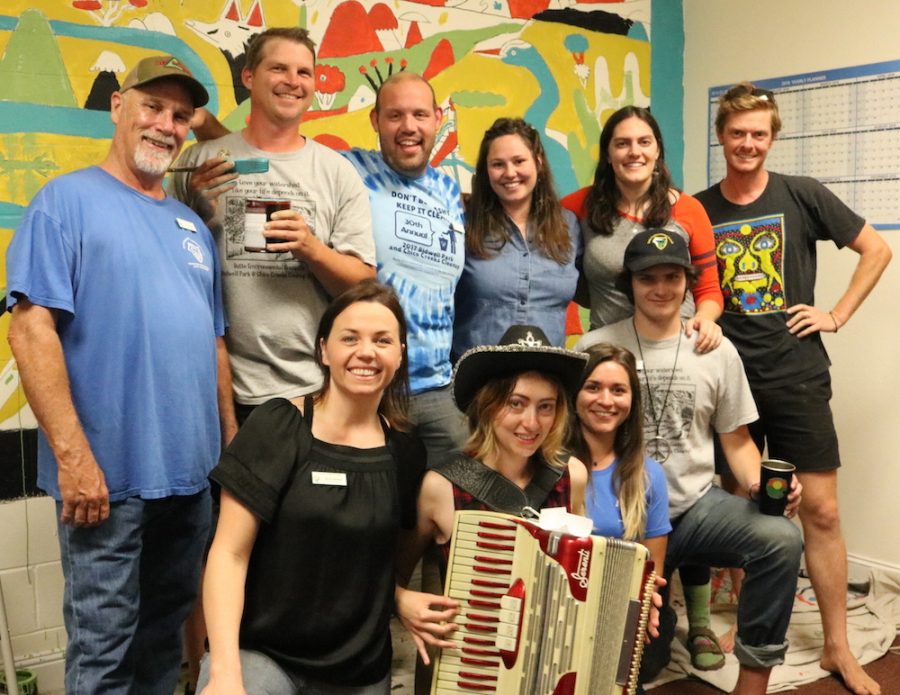 The board members showed their support and offered supplies, aid, and information about upcoming events. Photo credit: Melissa Herrera

A non-profit organization called the Butte Environmental Council had an interactive mural painting on Saturday at their Chico office.

The mural was done by Chico-based illustrator and muralist Wyatt Hersey and people were invited to help paint it.

“One of our strategic goals this year was to use our physical space being a nonprofit to open it up to the larger community and community groups to come and join us on collaboration on environmental planning and environmental events,” general manager of BEC Danielle Baxter said.

Baxter said the room where the mural was painted will not only be used to conduct the business of the organization but also as a community space where others can come to host meetings.

The interactive mural featured many of Butte County’s natural features and animals.

“This image is a portrait of the landscape it has all of the wild beings that live on the land. From the trees and plants to hawks and humans,” artist Wyatt Hersey said.

Hersey said he was given the opportunity to do the mural in his own way, aside from a few requests.

According to Baxter, many of the elements within the mural represent events and other aspects of the organization.

“We have a focus on bikes here representing the Chico Bicycle Music Festival that we host in June. We have some oak trees because we do native oak restoration projects in upper park, Big Chico Creek running through and some other fun plants and animal species,” Baxter said.

Hersey said this mural is very much in line with the type of work he has made, and the general themes of his works deal with human relationships with nature.

“It’s basically a way for me to connect with the natural world,” Hersey said.

Carolyn Allen can be reached at [email protected] or on Twitter @carolynallen48.