‘Between Two Ferns: The Movie’ is a refreshing and hilarious comedy 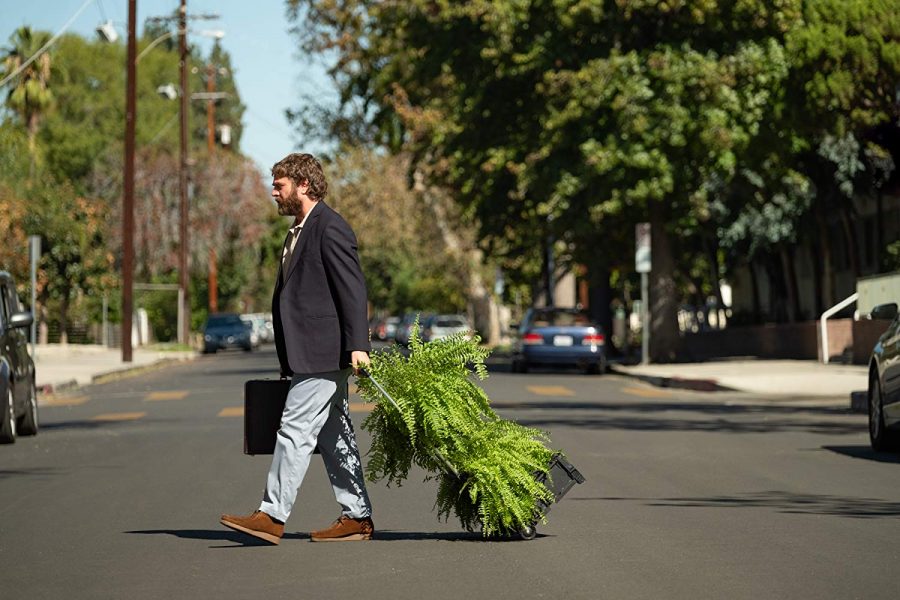 Zach Galifianakis plays as himself in "Between Two Ferns: The Movie," where he travels the country and aspires to one day become a famous talk show host. iMDB website photo.

“Between Two Ferns: The Movie” is a hilarious film that reflects Zach Galifianakis’ exceptional comedic style.

“Between Two Ferns: The Movie” is a fictious spin-off of Galifianakis’ web series of the same name, where Galifianakis, host of a public access talk show, dreams of becoming a renowned late-night talk show host. However, when Will Ferrell uploads clips of his to the internet, Galifianakis becomes the laughingstock of the internet and his reputation is shattered. This leads him to embark on a road trip with his film crew to interview high-profile celebrities in hopes of restoring his reputation.

Before watching this film, I was only vaguely familiar with the original web series. I don’t know much of Galifianakis’ cinematic work outside of his roles in “The Hangover” and “Due Date.” Therefore, I was not sure what to expect from this film.

I was pleased to see that “Between Two Ferns: The Movie” had a thorough, funny script and a standout performance from Galifianakis.

Most of the film’s comedy, specifically Galifianakis’ dialogue, is delivered in a dead-pan manner which perfectly complements his delivery and comedic style.

The absurd awkwardness that came from Galifianakis’ interviews had me laughing so hard that I couldn’t breathe at some points in the film. I don’t remember the last time I laughed this hard during a movie.

“Between Two Ferns: The Movie” is a breath of fresh air, as far as comedies go. A lot of comedies these days are too dependent on vulgarity, cheap jokes and getting the biggest names in hope of selling more tickets at the box office. All we end up getting are lackluster performances, dull narratives and punchlines that fall flat.

The last great comedy mainstream cinema has seen is “The Hangover,” and every big-budget comedy since then has tried to replicate both its comedic style and narrative structure.

Take, for example, the film “Tag.” “Tag” featured Hannibal Buress, Ed Helms and Jeremy Renner in a similar plot to “The Hangover” in that a group of male friends get in a variety of shenanigans together. On the surface, “Tag” was fine, but it was nothing noteworthy because of its similarity to “The Hangover.” It’s ironic, considering the fact that Helms was in both “The Hangover” and “Tag.”

To see a film like “Between Two Ferns: The Movie” reject these common practices is refreshing. I’m not saying that “Between Two Ferns” is the next “Hangover,” it’s simply a funny and decent film worthy of watching if you have 83 minutes to kill.