‘Zombieland: Double Tap’ is funny, but not much else 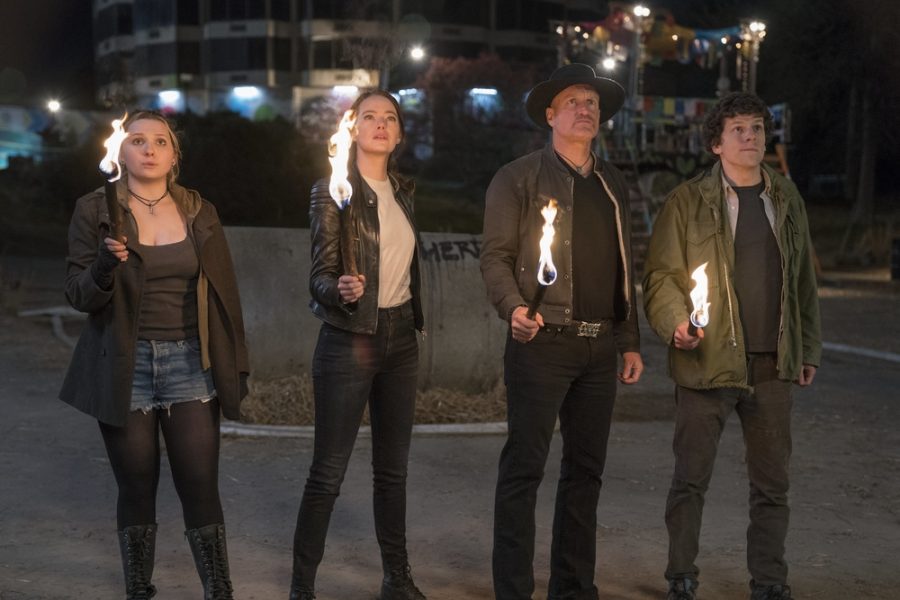 “Zombieland: Double Tap” is all flash and no substance.

Taking place 10 years after the events of the first film, Tallahassee (Woody Harrelson), Columbus (Jesse Eisenberg), Little Rock (Abigail Breslin) and Wichita (Emma Stone) are doing well for themselves as they’ve managed to survive Zombieland and conquer any and all obstacles that have come their way. However, Tallahassee’s overbearing attitude towards Little Rock causes tension to arise within the group, causing the group to split.

I am a huge fan of the original 2009 film. Everything from the writing and acting, to the opening sequence featuring Metallica’s “For Whom the Bell Tolls” made “Zomebieland” one of the best comedies and one of the best zombie films of the last decade.

I had huge expectations for the sequel, given how well the first film was delivered.

However, while the sequel carried similar elements that made 2009’s “Zombieland” so great, such as Eisenberg’s omniscient-narrator dialogue, “Zombieland: Double Tap” is lackluster and dull.

One flaw that caught I noticed immediately is how all four main characters were caricatures of themselves from the first film.

Tallahassee was more obnoxious and one-dimensional. Columbus was somehow was even more boring than Eisenberg, himself, by lacking any emotional depth that Columbus had in the first film. It’s a shame because Eisenberg has shown with films like “The Social Network,” that he can deliver a lead performance that is both captivating and adds substance to the overall narrative of the film.

Stone’s character simple existed and not much else, and Breslin’s Little Rock was nothing more than a rebellious teenager overwhelmed with angst. Little Rock was merely used as plot device than presented as an actual character, which is disappointing because Little Rock’s character served as a perfect partner for Wichita in the first film.

In addition, the side characters outshining Little Rock throughout the film is a testament to how flawed the film’s narrative and character arcs are.

I’m not saying “Zombieland: Double Tap” is a complete train-wreck. There are elements of the film I very much enjoyed.

There were glimpses where the on-screen chemistry between Eisenberg and Harrelson was present, which is another element that made the first film so great. The writing of the film was fine as far contemporary comedies go and the runtime of the film was perfect at 99 minutes.

As a stand-alone film, “Zombieland: Double Tap” is fine.

However, as a sequel to one of the best and most beloved zombie films in recent cinema, the flaws in “Zombieland: Double Tap” leaves a lot to be desired.

As mentioned in my video review, I would recommend the film if you feel like 11 dollars are burning a hole in your pocket and you want to watch something to turn your brain off for an hour and a half.

It’s funny, it’s not too long but, unfortunately, it’s not the sequel that “Zombieland” needed.