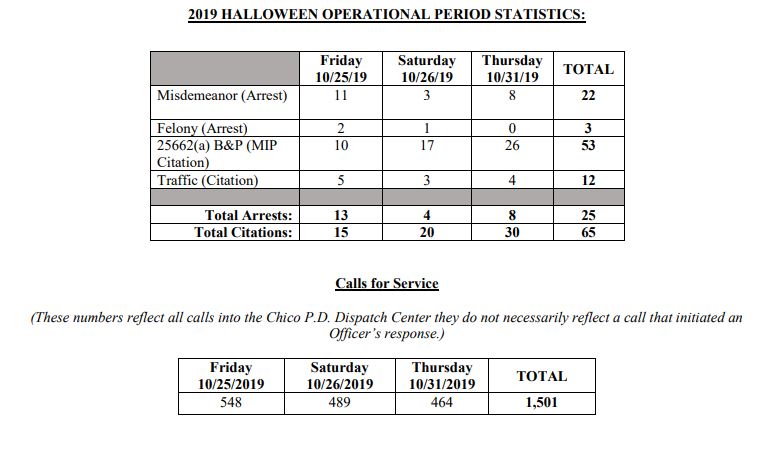 Compared to last year, Chicoween left a smaller criminal mark on the south campus this time around.

Each year, the south campus gets filled with parties, crimes and police whenever Halloween comes around. This time of year is called “Chicoween,” during which south campus is usually plagued with crime from out of towners who came to Chico to party.

Police from out of town came to assist in case things get out of control. However, according to the Chico Police event statistics for 2019, Halloween was a bit tamer than last year.The press release had data on the amount of misdemeanors, felonies, minors in possession of alcohol and traffic citations for Oct. 25, 26 and 31.

There were a total of 25 arrests, 65 citations and 1,501 calls to to the Chico Police dispatch center.

Julian Mendoza can be reached at [email protected] or on Twitter @JulianMTheOrion.