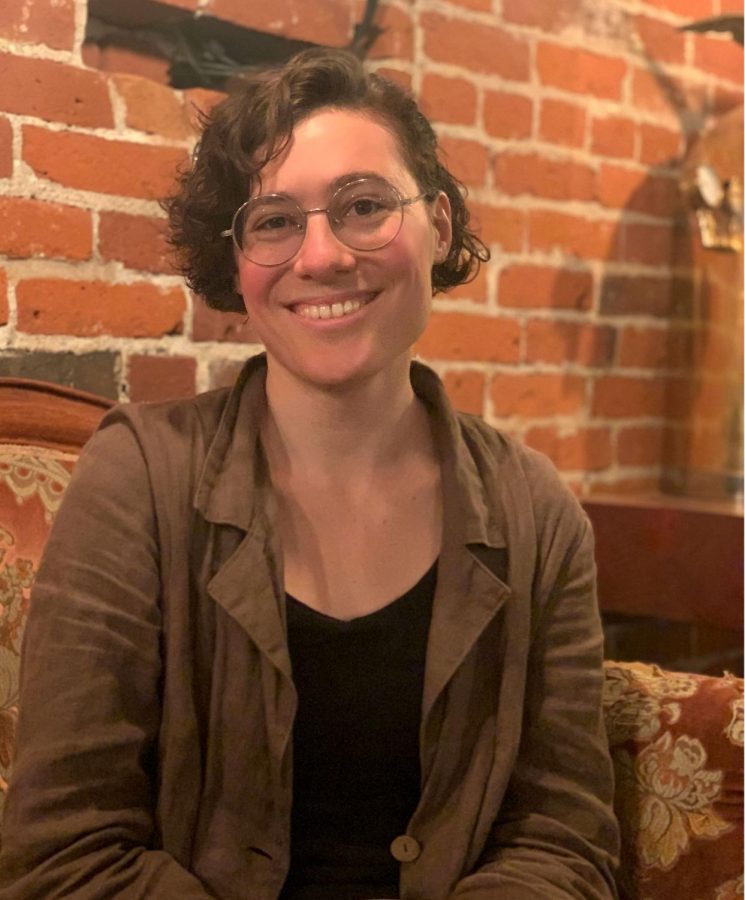 Leeya Shaw is an artist that was displaced by the Camp Fire last year. Photo credit: Kati Morris

Leeya Shaw, a music student at Chico State, was living with her mother in her childhood home in Paradise when the Camp Fire started a year ago. When evacuations began, Shaw was staying with a friend and was forced to leave everything behind.

Among her clothing and mementos, she left behind all of her instruments and recording equipment.

Like so many other students, she was faced with the challenge of continuing her education while rebuilding her life.

“I felt very lucky to fall into the hands of the Chico community,” Shaw said. “My professors were understanding…professor Dvorin, the composition teacher, let me use one of the studios to finish my assignments.”

Shaw has begun to rebuild her collection of musical equipment, but finding the financial means to replace everything she accumulated over the years has been difficult. Through donations and discounts from a local music store, she was able to buy a keyboard.

“It doesn’t quite replace my spinet piano that I was raised and learn how to play on, but I do have a keyboard,” she said. “I’m also an accordion player. I had multiple flutes and guitars and I haven’t replaced any of that yet…I handwrite my music, and that all burned.”

Despite losing her cherished possessions, Shaw has found a silver lining in starting over. After taking a leave for the spring semester, she used that time to channel her energy into her music.

“I’ve been rewriting a lot. This has definitely inspired my work…In a way, it was almost a good thing that I got to refresh the ideas that I had before…I can look at them now with a new perspective,” Shaw said.

Shaw released an album earlier this year that she had been working on for almost a decade. Composed on the same piano she lost in the fire, “Story From Under the Leaves,” is what she describes as a soundtrack to growing up in Paradise.

“My favorite thing to do in Paradise was to go hiking. That’s what you do up there. There’s not much else…when I was out there by myself is when I would hear these melodies.”

As a musician, Shaw hopes to give back to the town that has given so much to her.

“There are ghosts everywhere now and so much of it has changed for me, but I feel I still have unfinished business here…when I go back to Paradise, it still feels like home to me. There’s a lot I want to give to this community,” she said. “And what I have to offer is my music.”

Beyond all of the anguish and trauma, Shaw sees a fresh start in letting go of what she described as the “emotional baggage” that her belongings held and a now clean slate for the work that she creates.

“As an artist, having your house burn down is kind of like building something with Legos,” she said. “Let’s say you build a Lego house that you’re really proud of, but then after awhile you get bored of it. You have to tear it down. And then you use your experience and the tools you have to make an even better one. I feel like that with my art.”

In the next year, Leeya Shaw plans to release a second album. Her first album, “Story from Under the Leaves” can be found on her website.

Kati Morris can be contacted at [email protected] or @neutralsoymlk on Twitter.