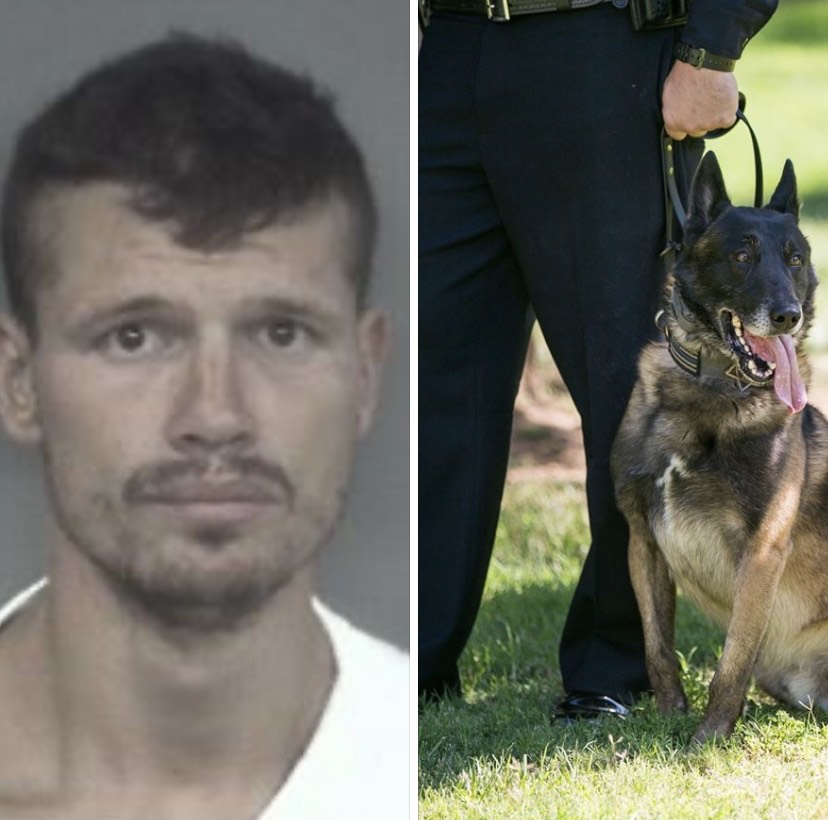 On the morning of Thursday, Oct. 31, Chico Police Department 2019 Patrol officers responded to a call regarding a burglary alarm going off at Pick and Pull, located at 397 East Park Ave, according to a Chico Police news release.

The call was made by the alarm company, alleging that there was a subject within the fenced area of the property going through vehicles.

After the officers located the subject inside the business’s fenced area, he was identified as 32-year-old local transient David Bowers. Bowers was uncooperative and fled on foot to an adjacent property, according to the news release.

While units were monitoring the perimeter of the business to keep Bowers contained in the area, K9 patrol animal Aron and his handler were brought to search for Bowers’ exact location.

Aron located Bowers under debris in a nearby property and Bowers was arrested.

This is Bowers’ third arrest for stealing from Pick and Pull this year. He was later transported to Butte County Jail and charged with 647(h) PC – Prowling.

Fllowing his arrest on Halloween night, Bowers was released from the Butte County Jail on Nov. 14. He was later identified as a prowler in a report made on Nov. 15 regarding an incident occurring at 1 a.m. at Habitat for Humanity, located on 220 Meyers Street, Chico.

When arriving to the scene of the report, officers witnessed a subject sorting through donated items, the news release said.

The subject fled the area but was finally captured after a long period manhunt with the help of K9 Aron. The subject was later identified as David Bowers who was charged for burglary and transported to Butte County Jail.

Angelina Mendez can be contacted at [email protected] or on Twitter @theorion_angie.