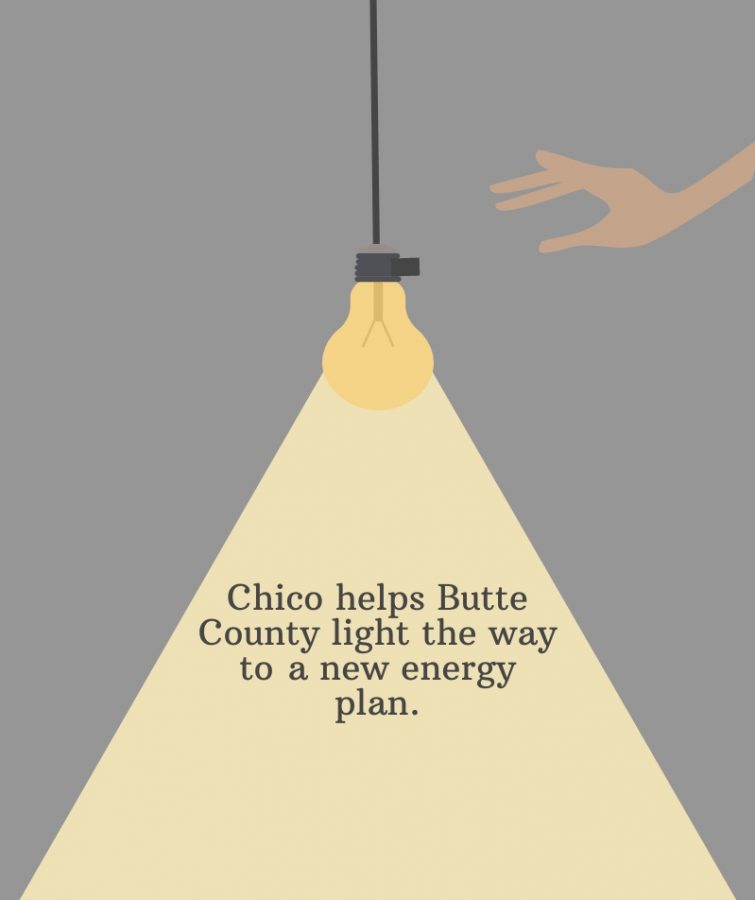 Butte County has declared a hand in the market for electricity with Chico, the largest city in the county, as a partner to introduce an alternative for residents to buy their power from.

The purpose of this new alternative is to break from the current north state energy provider, Pacific Gas and Electric Company, which currently powers the homes and businesses of an estimated 16 million people across California.

Recent events have left PG&E in the spotlight for Butte County. From multiple power safety shut-offs, to their responsibility for the 2018 Camp Fire (California’s most deadly wildfire to date), residents have expressed their dissatisfaction with the provider.

After receiving lawsuits from over 80 families, PG&E was forced to file for bankruptcy in January 2019.

As PG&E began a plan of reorganization in bankruptcy court, they introduced intentions prioritizing wildfire victims and customers first with fair compensation by the end of June 2020, according to their press release from last September.

Since these events, PG&E has claimed an $11 billion settlement to resolve all claims arising from the 2017 Northern California wildfires and 2018 Camp Fire.

As the city began to figure out the wiring for the new energy plan, the Butte Choice Energy Authority was officially sparked from the Community Choice Aggregation headed by city councilors and county supervisors.

The city and county are moving together for a future where communities can purchase and generate electricity for their residents and businesses, bypassing long-term power-buying agreements at higher costs than the current market.

Contrary to moving away from PG&E entirely, the BCE is planning to work alongside with the standing energy company. According to the CCA, the commission plans to either purchase or generate the power, while PGE will distribute and maintain the power while continuing to bill customers who may reap lower rates as a result of holding more control.

While most of the process will result in little change to day-to-day operations, two new changes will appear of customer’s energy bills.

While the city and county are continuing to work together to finalize the logistics of the plan, the board must submit their intentions to the Public Utilities Commission by the end of the year. After that, the county is looking to start the next phase by putting operations into effect starting in the spring of 2021.

Together, Butte County is looking at the possibility of a more sustainable and affordable future for the community’s energy.