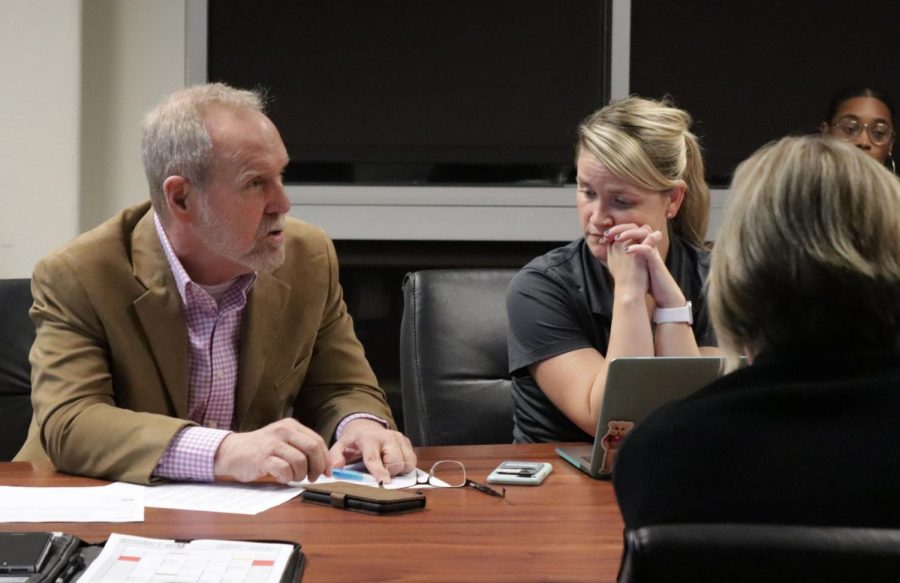 Two weeks since the Chico State community witnessed campus-wide political tension and lost some of its sense of safety, the Government Affairs Committee approved a resolution to denounce white supremacy and hate speech.

This makes the campus the second CSU to pass a resolution of this kind, following CSU Long Beach.

Before the meeting began, the public was invited to present their opinions to the board. Leading the conversation was the topic of examining protocol to accept certain actions under free speech when certain students felt directly victimized.

“If the issue of white supremacy and hate speech is not addressed properly, we are lead to conclude that we do not have the same opportunity to have a safe learning and working environment which leads to a deterioration of our mental health and an internalization of oppression,” attendee Juventino Alcaide said.

“From the stress of having to avoid hate speech, having horrible memories and experiences being triggered by hate speech, to fearing for our physical safety, we are faced with having to accept the fact that the institution does not value us enough to give us protection,”Alcaide said.

During the most recent Committee meeting, board members had decided to move back the voting date for the resolution due to a misunderstanding of what the resolution included. Upon their return, the Committee focused on the motion to vote on the considered and revised resolution after a discussion.

Presenting and co-authoring the resolution were director of university affairs, Alejandro Alfaro Ramírez and commissioner of diversity affairs, Lupe Santana. They addressed past critical events where the university has seen hateful and harmful speech including the recent “Around the World Party” where partygoers wore cultural attire that mocked Latinx culture in conjunction with pro-Tump signage.

The proposed amendment of the resolution questioned the inclusion of certain occurrences which might hurt the longevity or power of the resolution because the settlement focused on particular instances and not groups of marginalized students.

“For the longevity of this resolution for the rest of campus and the rest of the years to come, should these instances need to be in there?” Breanna Holbert, director of legislative affairs, said.

Referencing emails sent by university president Gayle Hutchinson, Santana clarified that, although certain strides have been made, students of color still live with experiences of hate speech.

Ramirez added that concern did not only reside in students but with staff and faculty who felt administrators’ response and support for students of color has been insufficient.

During the discussion, Holbert expressed her concern that the resolution focused more on instances rather than holding administrators accountable.

The Committee discussed its recent involvement with a group of around 30 faculty and staff who came together on their own to support students in this political climate, helping students navigate through these uniquely difficult political circumstances.

Many members of the audience pointed out that, as students of color, they have repeatedly witnessed a lack of university support, especially after instances of political unease have died down. This absence has left students of color to fight back the rippling effects alone.

Heaven Grant, who identified herself as a student who was filmed pulling the flag down from the Chico State Republicans club’s table after her colleague had gotten hit in the face, expressed that even after the resolution was passed, she and other students of color still will not feel safe.

“Since those videos have been posted, my colleague Angelo has had his house broken into (and his) windows smashed in,” Grant said. “Me, I’ve had multiple death threats on my social media; people telling me they know where I live and calling me racial slurs.”

Grant continued to state that the anger presented at the event with the Chico State Republicans club was not the primary emotion she felt when witnessing the continuous taunts from students displaying Trump campaign flags, it was sadness.

Noting that she has a hearing next week for the incidents, Grant stressed that since the event took place, black students have not received any outreach besides from black faculty and staff even when other staff were present when altercations broke out outside of Chico State Republicans’ tabling.

“We’re not going around harassing anybody or smashing windows —we don’t have time for that and we know the repercussions of that, but everything is happening to us. It’s obvious that they’re targeting us,” Grant said.

“You can see that people had been taunted,” Jesica Gianaols, a Chico State alumni, said. “People don’t just react that way out of the blue.” Jesica Gianaola. Gianaola came to the Committee meeting after seeing videos of the conflicts on social media.

“Students’ entire lives and futures (were) wiped away (from being taunted) for a political move,” she said.