How to get through Chico rainstorms 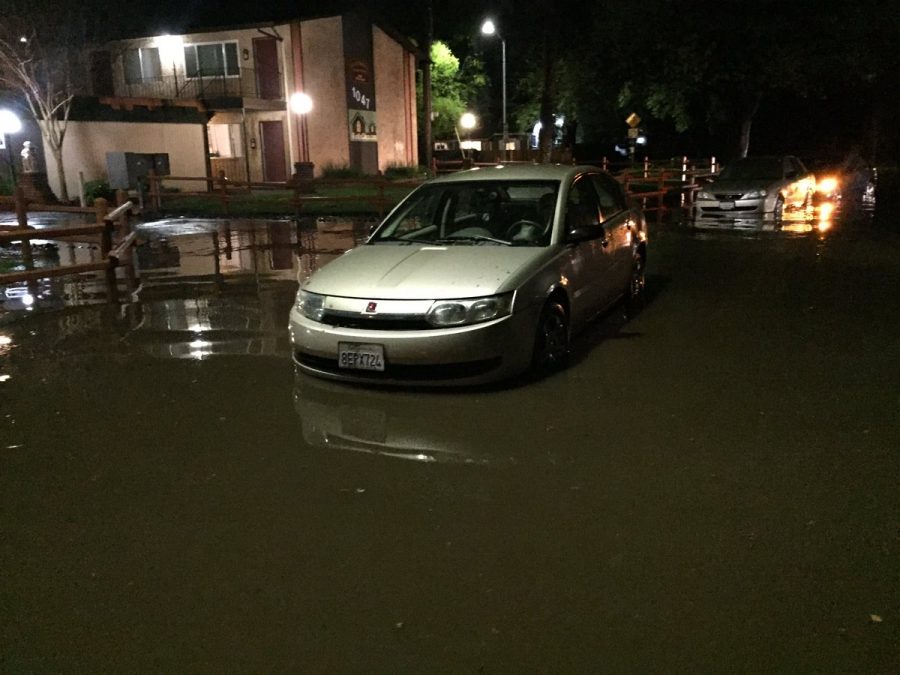 The rainstorm on April 2 led to flooding as seen here at W. Sacramento and Mechoopda. Photo credit: Nate Rettinger

Rainy season is upon us once again and Chico students now may understand far too well what can truly happen if they are not prepared for a storm.

On April 2, Chico experienced one of the worst storms that the city has ever seen. Not only did this storm flood the Chico streets, but it began to flood many homes due to Chico’s older building styles. These styles include many homes that have basements as a place to live, but are not built to block the rain from destroying homes.

For Chico State student Tyler Swanick, who lived in a downtown basement house on 3rd and Ivy Street, there was no way he or his roommates could have been ready for what was to come.

“I mean once it started raining, the water was literally shooting through the front door,” Swanick said. “My roommates and I started using towels to try and stop it and then eventually went out there and tried to use a bucket to get it out.”

This did not work out as planned. No matter the efforts, the rain was not going to stop, and eventually started to fill the concrete and carpeted floors inside their house.

In such a situation, Swanick wished that he was more prepared for it, even saying that he wished he had sandbags and unclogged his drains beforehand as they could have been huge factors to stopping the harsh rain flow.

In Tyler’s case, not even his landlord came to his rescue, saying shortly after the storm that “they (landlords) didn’t even replace our damn carpets, and after that our living experience for the rest of the year just sucked and the house smelled absolutely terrible.”

With such dramatic shifts in weather during Chico rain season, no one can know the next time a major storm will make its way back to the city.

The only thing students can do is prepare for the inevitable. Not only are sandbags an option in a situation like this, but any students who are about to sign a lease for the upcoming school year should consult with their landlords prior to signing, even if one isn’t going to live there for another semester.

Asking questions like how to prevent flooding, if pipes have been recently snaked clean, if cracks are filled on walls and if windows are properly placed, etc. can help prepare for many situations when rain inevitably arrives.

Joel Peterson can be reached at [email protected]