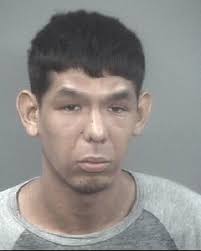 After three months of moving up hearing dates, former Chico State student Martin Morales had his primary hearing on Oct. 24.

His right to trial by jury was waived, as well as the privilege against compulsory self-incrimination and right to confront and cross-examine witnesses.

Morales, 22, is a former 2018-2019 employee at Chico State and former volunteer at the Wildcat Food Pantry. He faced charges of first-degree burglary, sexual battery and three cases of loitering/prowling on private property.

All charges are from Aug. 16, the day Morales was booked into Butte County Jail.

A plea form, fingerprint form and referral for probation were all submitted on Oct. 24. The plea deal saw the defense agree to no contest for first-degree burglary and guilty for a misdemeanor for sexual battery.

The case disposition also ruled that the three counts of loitering/prowling on private property were to be waved.

When asked to comment on what this all meant and what the status of Morale’s case was, Butte County Superior Court responded with saying the case was still active, but that information on the actual court decisions was confidential.

Morales has a sentencing hearing scheduled for Dec. 19 at 9:30 a.m. The Orion will continue to investigate and put forth new information when it becomes available.

Ricardo Tovar can be reached at [email protected] or @rtovarg on Twitter.