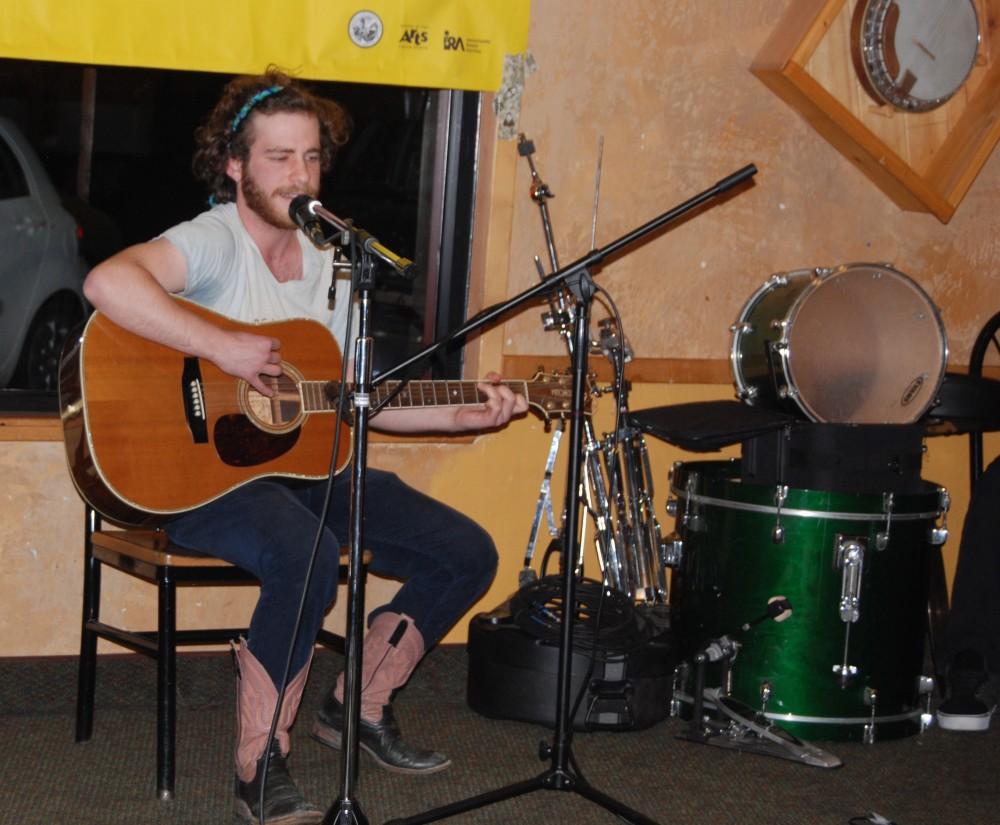 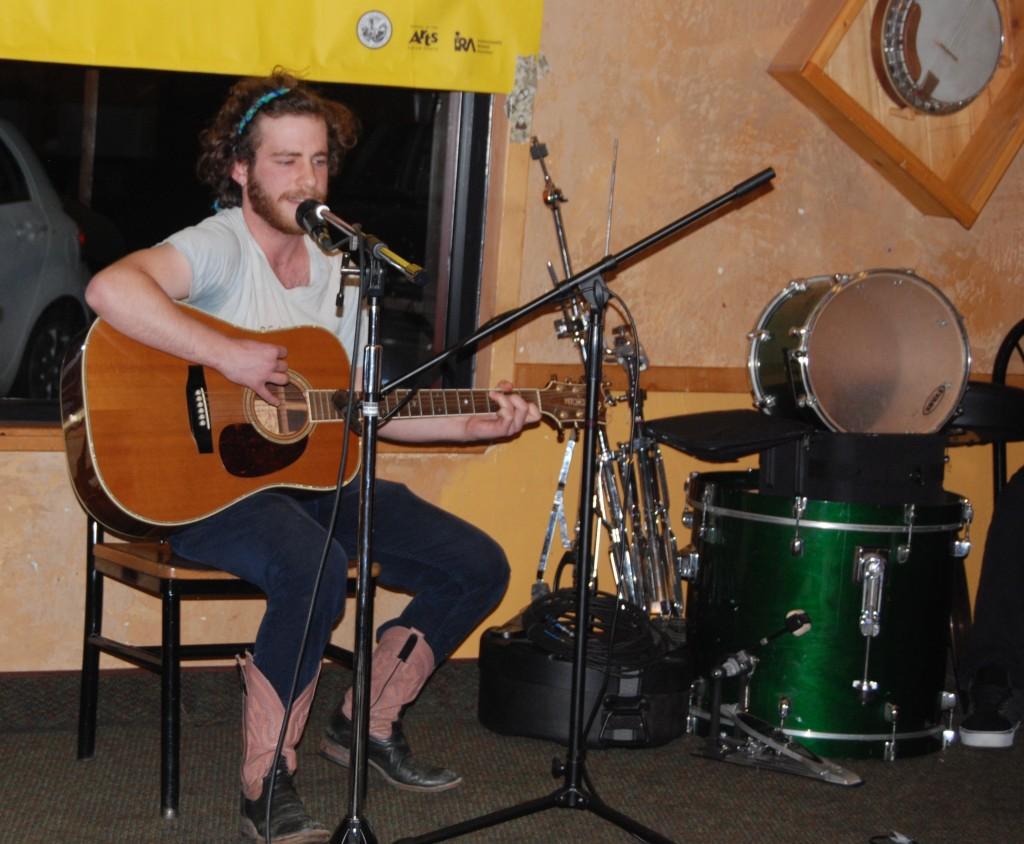 If you stroll down to Woodstock’s Pizza on Thursday night for the next two weeks you’ll receive a special treat with your Wildcat Combo: some original tunes from local singers and songwriters of all styles.

Chico Unplugged, presented by Chico State’s School of the Arts Productions, KCSC Radio and Woodstock’s Pizza, transformed Woodstock’s Pizza into a rockin acoustic concert on Thursday from 7 p.m. to 9 p.m. It will do so again on Feb. 13 and 20.

Local musicians, who showed up guitar-in-hand at 6 p.m. for sign-ups, belted out songs during ten minute sets for a chance to win a free recording session with Chico State’s Mobile Recording Unit.

They were cheered on by clapping, whooping and whistling audience members who crammed into booths, sat in clusters on the floor and stood to get a glimpse of the singers performing in the front left window of the restaurant.

Two winners are chosen for each event by a panel of local community members, students and faculty. They are contacted the next week.

Once all the winning artists have been recorded, SOTA will release a CD compilation of the winners in May.

Chico State junior Michael Limon had never performed at Chico Unplugged before Thursday. He was the only participant to play the harmonica along with the guitar and perform songs with politically-charged lyrics.

Though he’s played guitar for 11 years, Limon has only been singing for one. He joked about how a nice, deep, raspy voice like Johnny Cash’s would be ideal, but people have to deal with what they’ve got.

“I know I sound ridiculous at times, but I do it because I want to get the message across,” Limon said. “The message is more important than the actual music itself. It just makes the song that much better to me.”

Derner, who’s played guitar since he was 12 years old, decided to play one of the first and one of the most recent songs that he wrote to show how he has grown musically, he said.

“I think my favorite part about performing is the nerves and the build up, because I know I can still feel something,” Derner said.

The event also included musician Chip Brennard, whose opening song sounded like an acoustic Nirvana track while his second song showed off his raspy, soulful voice.

Another musician, Seamus Turner, sang with a soothing, clear tone about his travels through the states last December. His songs emphasized story-telling and easily re-created scenes for listeners.

Russell Aaron had a small fan club that snatched an open spot on the floor in front of him and sang along to his songs, one of which he wrote for his girlfriend who was in Spain for five months. The song mentioned his fear of losing half a year with her and how time can show people what they are made of.

Halterman focuses on expressing himself creatively to an audience when he performs, he said. He wants them to feel an experience through a song.

“When I write music, I want to take my listeners on a
journey,” Halterman said. “Music is an experience, and it’s all about
taking your listeners through that experience.”For more information about the event, you can contact Chico State SOTA Productions at [email protected]