Bookstore to change its business model 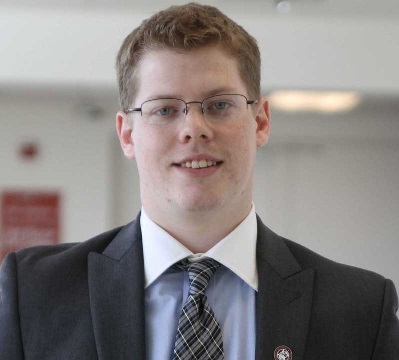 The Chico State Wildcat Store is looking to change its business model in response to a projected downward trend in computer and textbook sales, as well as projected losses in net revenue.

Textbook sales are expected to drop below 40 percent of the Wildcat Store’s total sales within three years, according to projections in the store’s draft business plan.

Textbook sales are down not only at the Wildcat Store, but at every bookstore that sells textbooks for colleges, wrote Jaycob Arbogast, Associated Students vice president for business and finance, in an email to The Orion.

“The drop in textbooks isn’t something we have control over,” he wrote. “So we have to look at what we can do to combat it.”

Electronics sold in the store, like the iPad, are not big revenue generators, Arbogast wrote.

“We sell those, but these products have low margins for us, which is ultimately good for the consumer, but it means that we have to sell a lot of them in order to actually make any money,” he wrote.

The Wildcat Store is projected to lose more than $450,000 within the next three years, according to estimates in the draft plan, unless something is done.

A.S. is seeking alternative ways to increase profits. A proposed $150,000 cut to overhead costs like rent and utilities would make the store profitable for two years, said David Buckley, executive director of A.S., at the committee meeting.

A.S. is also in talks with with Verizon Wireless to open a full-service Verizon store on campus.

Cal Poly Pomona will open a Verizon store in two weeks and the campus is expecting $55,000 in net sales, according to the draft.

Students, staff and faculty would be able to go in to renew their contracts or update their plans, Arbogast wrote.

“When we first brought up the idea of a Verizon store, Rob had talked about a research report that was done comparing Verizon and AT&T,” Arbogast wrote. “The report says that there is a majority of Verizon customers in our area rather than AT&T.; So we thought that it would serve the campus better to have them here.”

Enrique Raymundo can be reached at [email protected] and @ERaymundoCV on Twitter.