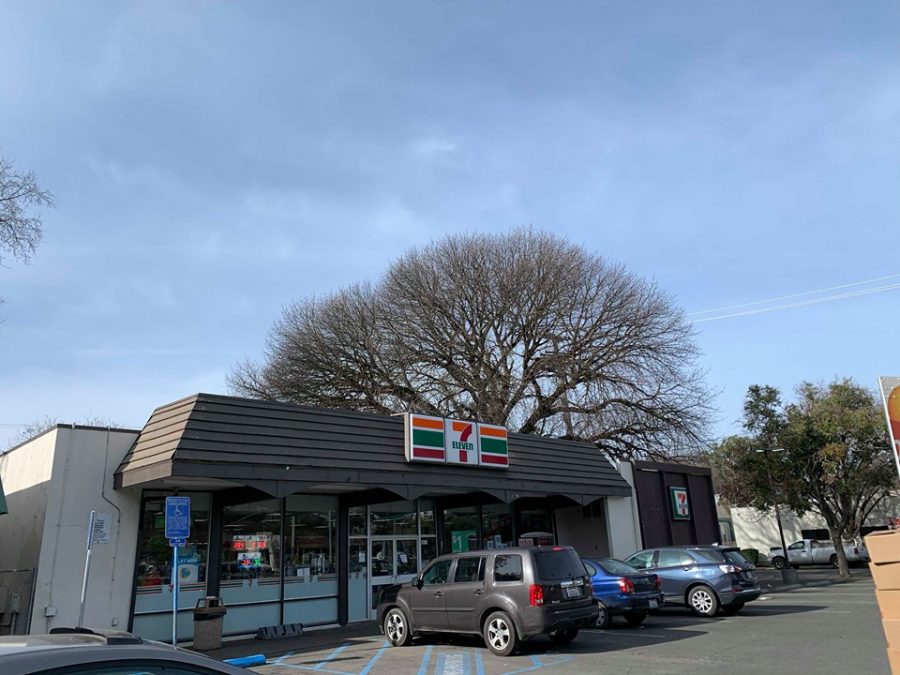 A 52-year-old man barricaded himself in the 7-Eleven bathroom located on 308 Walnut St. for seven hours on Wednesday.

At approximately 1:34 a.m., Chico Police received a call regarding a suspicious subject, now identified as Chico resident Dennis Bryant, barricading himself with an edged weapon in the store’s bathroom. Prior to the call, employees asked him to leave the store but he refused.

According to the press release from the Chico Police Department, Bryant was a subject who was causing issues throughout the night for both Chico Police and Butte County Sheriff.

While being locked in the bathroom, Bryant partially flooded the business, destroyed the bathroom and attempted to set it on fire.

Police officers closed the business and the perimeter from Oak St. to Walnut St. in order to prevent his escape. Hostage negotiators from the Chico Police Department and a Butte County Behavioral Health counselor were called to assist in the detainment of Bryant who was refusing to have a dialogue with police officers.

“Chico Police attempted multiple de-escalation tactics with Bryant, but he refused to cooperate,” the police wrote in the press release. “After several attempts to peacefully resolve the situation with Bryant failed due to his own decision, it was decided to remove Bryant from the bathroom.”

Police personnel forced open the bathroom door and police K-9, Aron, helped in the arrest of Bryant. Bryant received minor injuries while resisting his arrest from police K-9 and was treated at a local hospital.

After Bryant was treated for his injuries, he was transferred to the Butte County Jail where he is accused of the following charges: Obstruction, Trespass, Vandalism, Burglary, Vandalism, Arson, Exhibiting a Deadly Weapon, Assault on Police K-9 and Unlawful use of 911.

Keyla De Los Santos can be reached at [email protected] or on Twitter @keyladls.