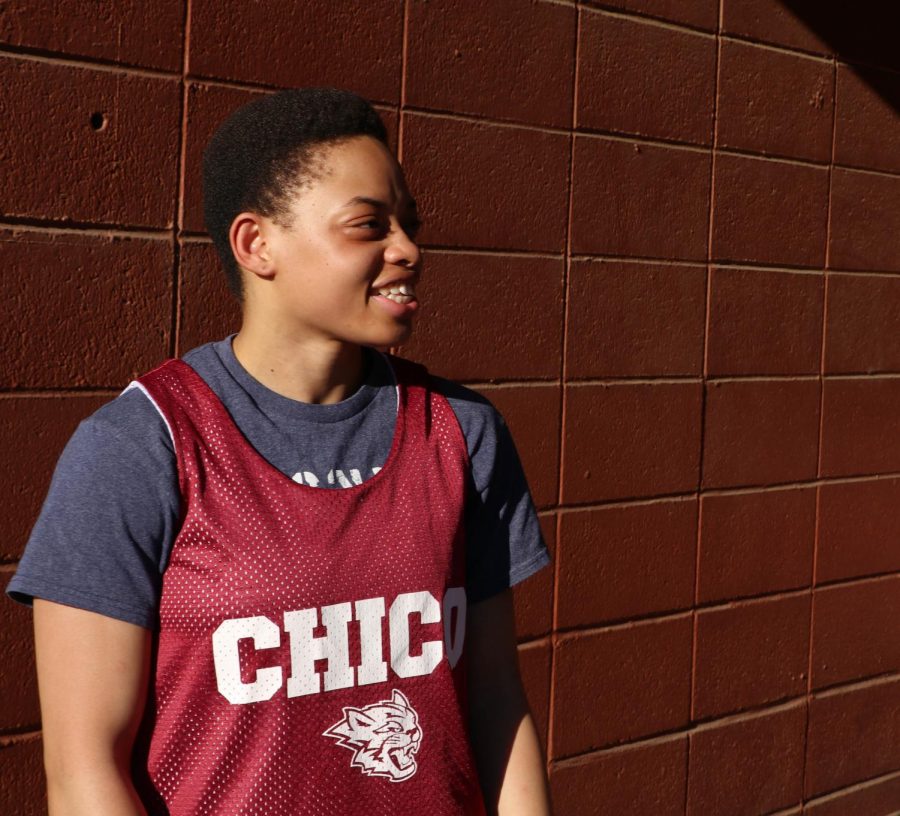 Shay Stark talks with reporters about herself and family.

Shay Stark is a star player on the Chico State women’s basketball team. She developed a passion for the game of basketball at a young age and brought her passion to college. Stark is a fierce competitor and she plays with her whole heart out on the court.

“When I first started playing basketball, I was about 5 years old,” Stark said. “What made me get into it was really my dad and my brothers. I grew up with two older brothers.”

Stark has been playing basketball at Chico State since she first arrived as a freshman. Playing collegiate basketball has been on her radar ever since stepping onto the basketball court.

“It’s been amazing,” Stark said. “It’s been one of my many dreams and goals to be a collegiate basketball player. I love the environment here. I love my teammates, the coaching staff and just everyone involved with the athletic department. It’s been a blessing to me.”

Stark looks up to and admires many basketball players in the NBA. She tries to emulate their style of play. One player in particular was Kyrie Irving, who currently plays for the Brooklyn Nets.

“I’m a big Kyrie Irving fan,” Stark said. “I definitely try to mimic his aggressiveness, his assertiveness and just his finesse when it comes to basketball. I feel like he’s definitely one of the smoothest players in basketball right now, and I just love his drive.  I love his commitment and how he stays true to himself and his confidence.”

Throughout this season, Stark has been averaging 9.1 points per game and is one of the team’s leading scorers. Stark’s biggest performance came on Jan. 25 when she scored 18 points against California State University, Los Angeles.

With just five regular season games remaining on the schedule, Stark and her teammates will do everything in their power to secure a playoff spot. They want to excel as far as they can in hopes of bringing a championship title back to Chico State. Regardless of how far they go, Stark is optimistic about their playoff run.

“We’re just fighters,” Stark said. “We’re resilient. Everyone goes through obstacles. Everyone has trials. But I feel like with this team and this coaching staff, nothing really gets us down. At the end of the day, the only one that can beat us is ourselves. I love that we’ve been going through this journey together.”