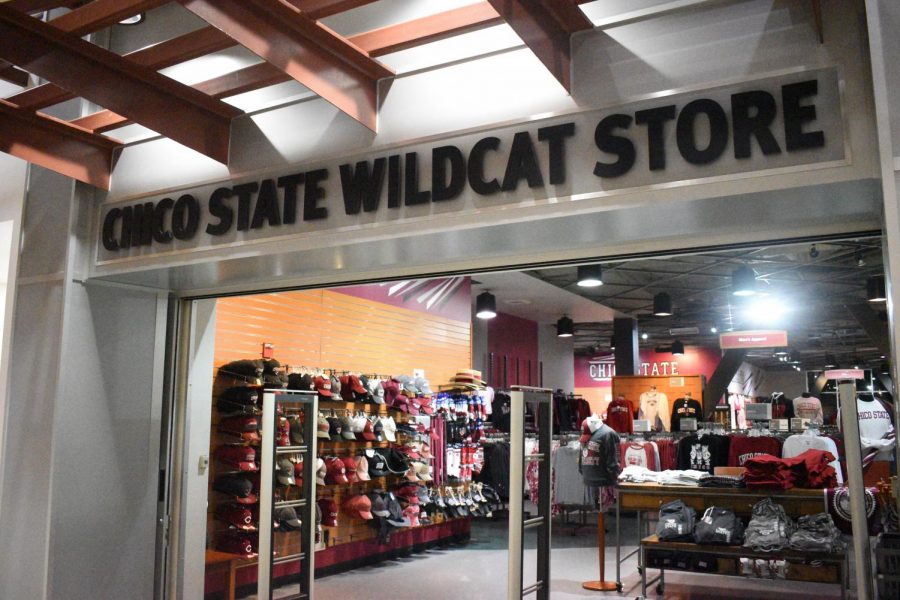 The Wildcat Bookstore ceased to independently operate in 2015 after they signed a contract with Follett Corporation.

Chico State’s Associated Students, Board of Directors met on Feb. 14 to discuss agenda items, including the plan for the Chico State Wildcat Bookstore’s ended contract.

Chico State’s bookstore ceased to operate independently in 2014 after falling into a trend of declining sales. Moving away from self-store operations, the bookstore began a bid with Barnes & Noble and Follett Corporation. Follett, the educational provider to schools, colleges and public libraries, won the bid and thus began a contract with Chico State.

The Follett contract, which ended a year ago, was renewed with approval of the board. This year, the contract is currently undergoing the same process with an expectation of once again being renewed for another year or longer.

Follett operates in 14 of the 23 California State University campuses and across the board each of them are witnessing a decline in sales. While other bookstores are facing this challenge, Chico State has experienced a more severe decline with responsibility on behalf of both Follett and Chico State’s campus bookstore as well.

“We did sit without a bookstore manager for almost over a year so some challenges happened during that time—especially with textbooks,” said Jamie Cylde, Executive Director of Associated Students. “In any situation, not having someone operate that causes some problems.”

Ann Sherman, Vice President for Business and Finance explained that faculty have the responsibility to return their books and materials to the bookstore in a timely manner so that when students are registering for classes, there is a price attached to the materials needed for each course. Therefore, if a student was choosing between two courses, one which requires a $100 textbook versus one which needs a $30 textbook, the student could plan accordingly. Without an estimate of which books have yet to be returned, the bookstore wouldn’t know how many books to buy again or how many used textbooks are in stock.

As for the decrease in sales, Clyde explained that in all categories other educational material distributors are outperforming the bookstores in prices when it comes to used, rentals and digital materials.

Sherman added that if faculty does not return their books, then students cannot buy books in the bookstore or get them in late, after students buy their books elsewhere.

Clyde added that the reasons for outsourcing still hold prevalent today and that operating independently would not change any of the predicaments but the campus would be dealing with it without the direction and purchasing power of Follett.

Comparing the sales of the bookstore to the dining areas of Chico, Sherman explained that the bookstore industry experienced a tremendous shift after Amazon was introduced. While dining faces similar challenges such as minimum wage and health care, the difference is that their competitors are local restaurants with different buying power.

“We are still sustaining … but we’re getting close, and next year we will be at a break even but there are things we can change that,” said Clyde. “The problem is that we need to make this decision probably before they get the chance to make that happen.”

To finalize the Follett agreement, four working groups were formed to focus on the contract, increase faculty, address compliance issues including accessibility and affordability and focusing on getting technology up to speed.

“We do want the best for our students but it’s really hard,” Sherman said.

To continue the discussion about the Follett contract, the board looks to add the contract into the agenda as an action item.