Stars on both sides of the field 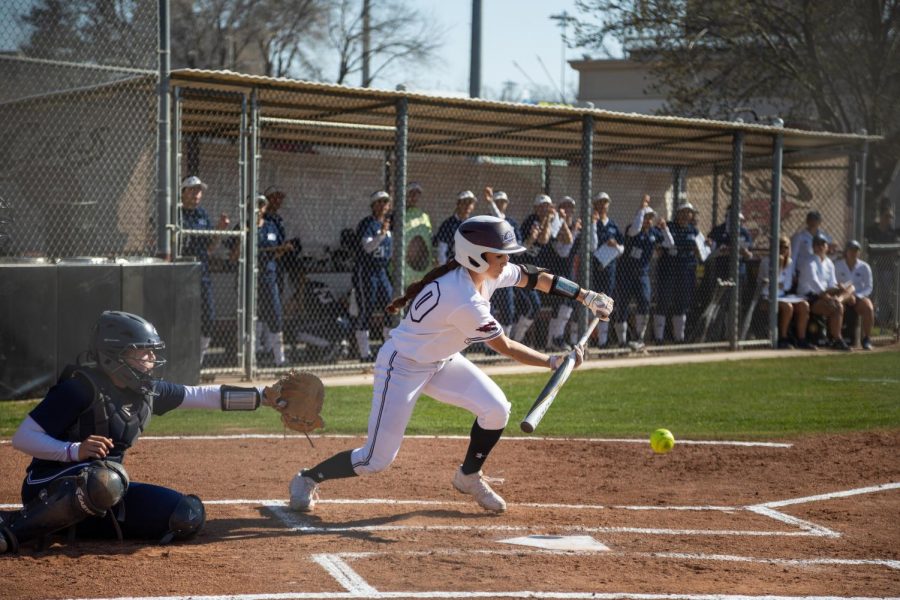 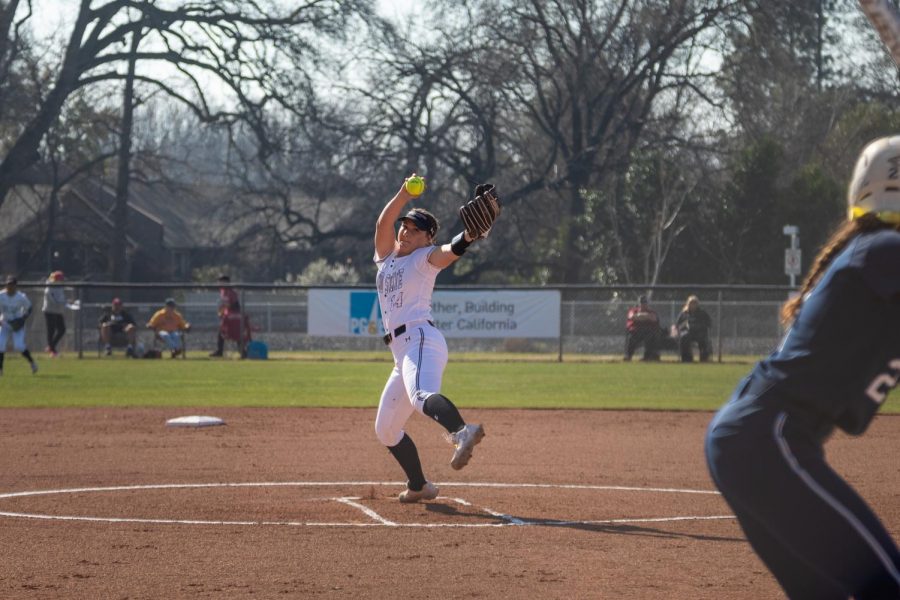 The Chico State softball team (19-2) has made a statement so far this season, largely in part due to the play of Kristin Worley and Brooke Larsen. The duo made an appearance last week on the Top 50 “Watch List” for the 2020 Schutt Sports/National Fastpitch Coaches Association (NFCA) Division II National Player and Pitcher of the Year award. Larsen and Worley have worked their way up to this point and are both regarded as extremely hard workers by coaches and teammates.

“(Softball) is literally my job day and night. It’s my focus,” Worley said.

Senior shortstop Worley is coming into the season with 16 years of softball experience beginning when she was four years old. She found her love for the game early. Worley dabbled in other sports like soccer and cross country, but it was short-lived before she made softball her prime focus.

Growing up in Buena Park, home of big-time attractions like Disneyland and Knotts Berry Farm, it is no surprise that her personality and playstyle reflect her hometown’s extravagance.

“Kristin is a hell of a player and she’s crazy,” Larsen said about Worley. “She has the most energy out of anyone I’ve ever met.”

Worley enters her senior season as a willing and experienced leader for her team. Before her time at Chico State, she played with the same group of girls for 10 plus years through travel ball and recreational ball. She is no stranger to a leadership role. This year, the Wildcat softball team’s motto is “Together we will,” fitting with a leader like Worley on their side.

“I’m the type of person that’s very family oriented,” Worley said. “I like to be around people and show that I care and love them and am willing to do anything for them. I’m willing to go the extra mile.”

This mindset is what draws Worley to a potential future career in coaching. She already has her coaching certification and plans to find a job in the field once she graduates college.

“I just want to be able to apply what I know about the game to younger girls, and let them know that I’m here to help,” Worley said.

While her leadership qualities are invaluable for the Wildcats, she is also quite the shortstop. So far this season, Worley has already broken the Chico State all-time steal record. While she has said she “doesn’t care about stats,” she is also determined to break the hit-record.

One may argue that Worley is one of the most accomplished softball players in Chico State history.

“Anytime that I get to go to the field or go to the gym, I will take the opportunity and not take it for granted,” Worley said, reflecting on her last season.

Worley makes sure the Wildcats are covered offensively, while Larsen keeps the defense in good hands. Since transferring to Chico State from the Academy of Art University, Larsen has put up historic numbers for the Wildcats. This season alone, Larsen was a perfect 5-0 in her starts, posting a 1.27 ERA along with 72 strikeouts.

“She holds a big role on our team,” head coach Angel Shamblin said about Larsen.“She has the ability to keep us in every single game that she’s pitching.”

Larsen is from the Sacramento area and just like Worley, her childhood consisted of a constant grind of travel ball and recreational ball.

Her short career so far at Chico State has been full of award honors and overall dominance. After being named the conference’s Most Valuable Pitcher and Newcomer of the Year last year, Larsen has started her 2020 campaign scorching hot. She was named CCAA Pitcher of the Week during the first week of the season.

“It’s awesome getting awards for just doing what I love to do, but I hope to keep on moving forward and breaking my own records and getting better,” Larsen said.

This season, Larsen has brought in a new pitch, the rise ball. Additionally, she now has a healthy body, as she dealt with a nagging injury last year.

“This season, me and Coach Shamblin have been working to get that pitch going, and so far it’s been really effective,” Larsen said.

Off the field, Larsen is a prolific artist and graphic design major. She even has found a way to make money from her talents, drawing portraits of people’s dogs for commission. She plans on pursuing a career in branding and website design once she graduates.

Similar to Worley, Larsen has fully committed to the “Together we will” motto. As a junior, Larsen is committed to emerging as a leader whom her teammates can rely on.

“I like being super connected on the field,” Larsen said. “All of us hang out off the field, so on the field we have a really good connection.”