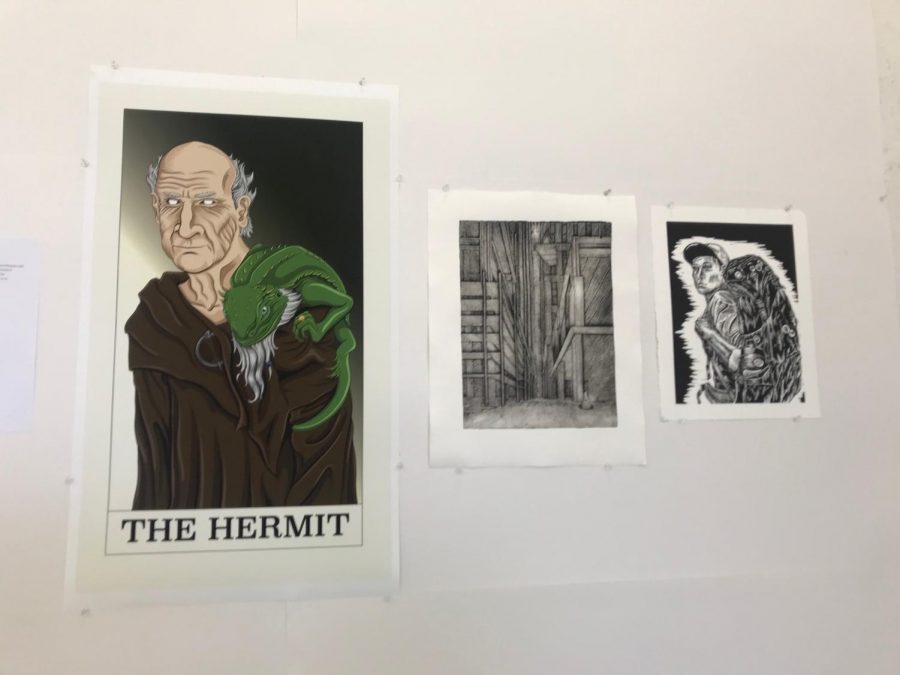 Artist Geoffrey Bark had some of his work at the gallery, including "The Hermit" (Left). 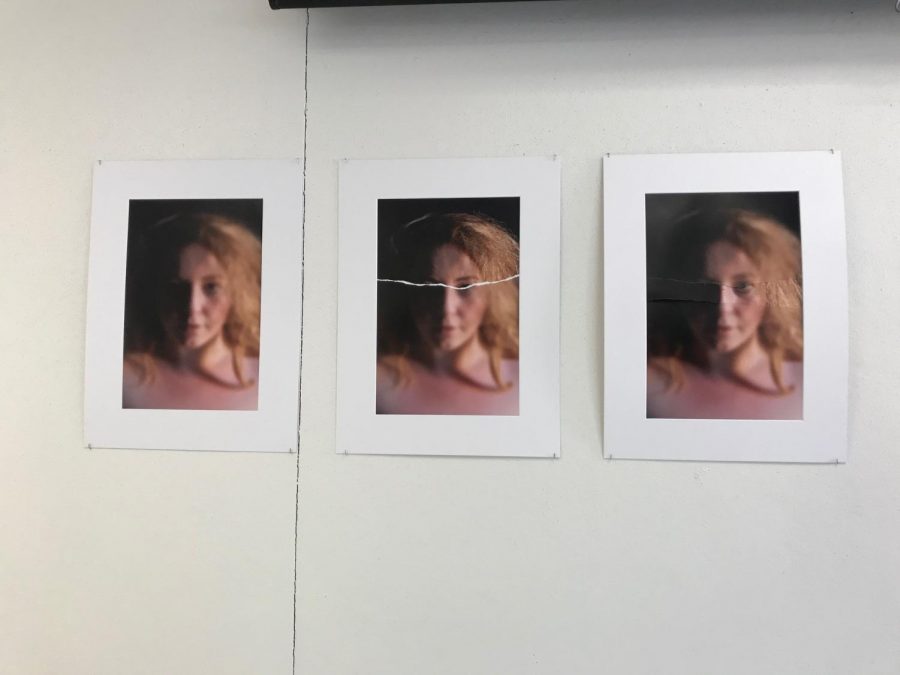 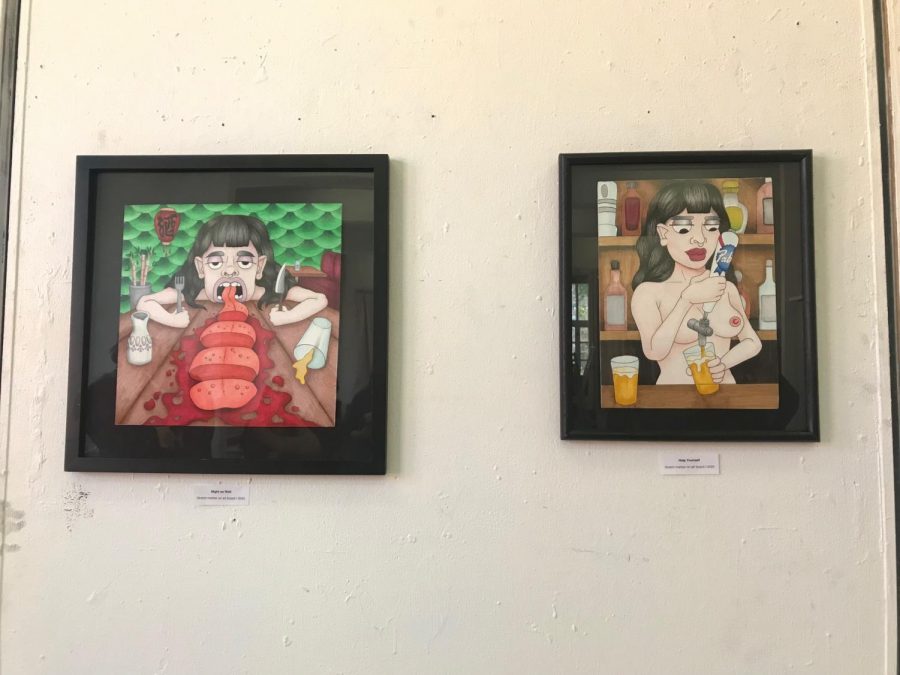 The Department of Art and Art History held an open studio on Wednesday, March 11, to showcase BFA art students’ work and create a space for artists and friends to view each other’s work. Student art pieces included a variety of styles, from digital printmaking to traditional sculpting.

Marlee Braxton (@Swagmastermarls on Instagram) was among the student artists featured at the gallery. With a collection based on her experience as a bartender, she explored some of the themes of bar culture and conversations that happen in a bar setting.

She described her collection as “a personification of my feelings in those circumstances,” referring to the often strange conversations with customers that Braxton has encountered.

She added that her piece was based on “bar talk and just like the weird things that come up in conversation fueled by liquor and strangers.”

Braxton explained that her art made her think more about bar culture and how unique it is from other social settings where it is less comfortable to overshare with potential strangers.

“Initially it started with my negative feelings about bar culture and now I think it’s a celebration, because it’s a really honest space where people you wouldn’t otherwise talk to … a bar is where you talk to people for no reason,” Braxton said.

Another BFA student artist, Geoffrey Bark (@gbark712 on Instagram) talked about his work, which is more of a digital style of printmaking, while still combining traditional print style.

“In the book, I am a Digital Media BFA, so I would be working on Photoshop and Adobe Illustrate… but I also like to do traditional work,” Bark said.

“I guess my style tries to still mimic traditional work just because that’s where I got my start,” Bark said when describing his personal art style. He added that using aspects of traditional printmaking style feel like an homage to a classic art form. “It’s like a sandwich, it’s just better when it’s made by mom.”

One of his pieces, “The Hermit,” an example of his digital work, was made with the practice of tarot in mind.

“‘The Hermit was for a show that was tarot related, so researching tarot cards, I found that the hermit is someone who will guide you when you least expect it. So I tried to play with that idea,” Bark said.

While combining aspects of fantasy and sci-fi, “The Hermit” was another example of how Bark combined traditional and newer art mediums to create his own style.

Chico State’s Art Department has new galleries and events throughout the year, but to check out more from artists on campus and their work, visit the CSU Chico art department Facebook page, or their page on the campus website.