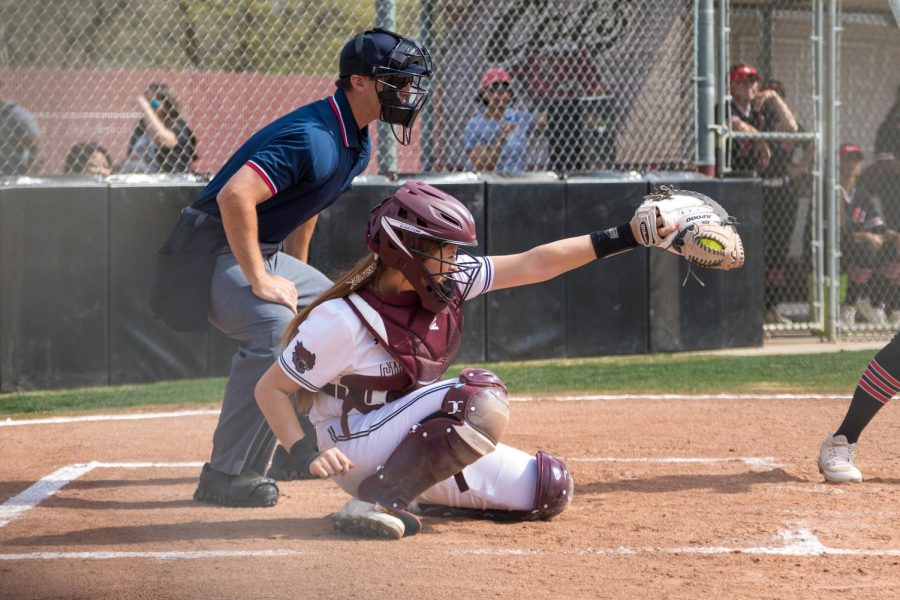 Before COVID-19 shutdown sports in March, the Chico State softball team was riding a 19-2 record, including 8-0 on their home turf.

Sam Mulock and Kristin Worley, who were seniors the previous school year, purposely came back to school for a fifth year with the intention of playing another year of softball. That plan changed due to the numbers of coronavirus still spiking across Butte County.

“It was pretty disappointing just because I put my life on hold for it,” Mulock said. “I was pretty excited to come back, but I’m just trying to hold out hope that I’ll play a game.”

Before the pandemic shut down their season last semester, Mulock had a 10-0 record with an earned run average of 0.79, which was the lowest in the CCAA.

Even though the softball team is not playing any games, their relationships with one another remain strong as they continue to be active in each other’s lives. Head coach Angel Shamblin continues to lift them up and create a positive atmosphere for the team despite such a disappointing time.

“I keep on reminding them that we will get through this,” Shamblin said. “We do what we can to stay connected throughout this and when that day comes for us to be able to get back out on the field, we’ll be ready.”

Worley, like her teammate Mulock, is hoping she can get back out on the field since this is her last year at Chico State. While coronavirus number continue to rise, the odds may be against her, but she is still grateful for the memories she has playing softball. 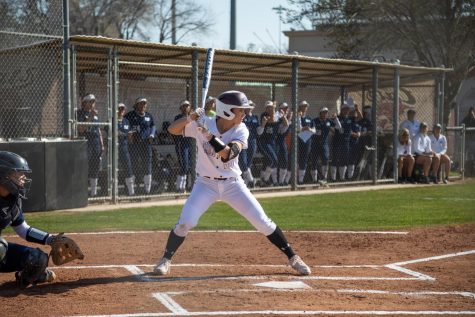 #20 Kristin Worley takes an at bat in a game at Chico State.

“I’m really grateful for the connections and the friendships that I’ve made with my team and with my coaches,” Worley said. “I really appreciate the community and how nice everyone is. I just think that Chico is a good college town to experience and I’m really grateful for everything and everyone that has been in my life here.”

Before the pandemic, Worley made history at Chico State on Feb. 28 as she scored her 142nd run in a game against the Cal State East Bay Pioneers beating Alli Cook’s record of 141 scored runs.

There are several of Worley’s teammates who are now entering their senior year including their catcher Sara Mitrano. Like Worley and Mulock, Mitrano has the option of returning for a fifth year of softball, assuming the entire school year is online.

Before the pandemic, Mitrano caught a no-hitter from pitcher Brooke Larsen in a game against the Pioneers on Feb. 28. Mitrano herself had a batting average of .237 with eight runs batted in and three doubles.

“If this year gets cancelled, my plan is still to play my fifth year no matter what because I have enough classes to do that,” Mitrano said. “It would be really unfortunate for that to happen. I don’t know what my other teammates would do, but that’s my plan at least.”