RBG, What can we learn from her life? 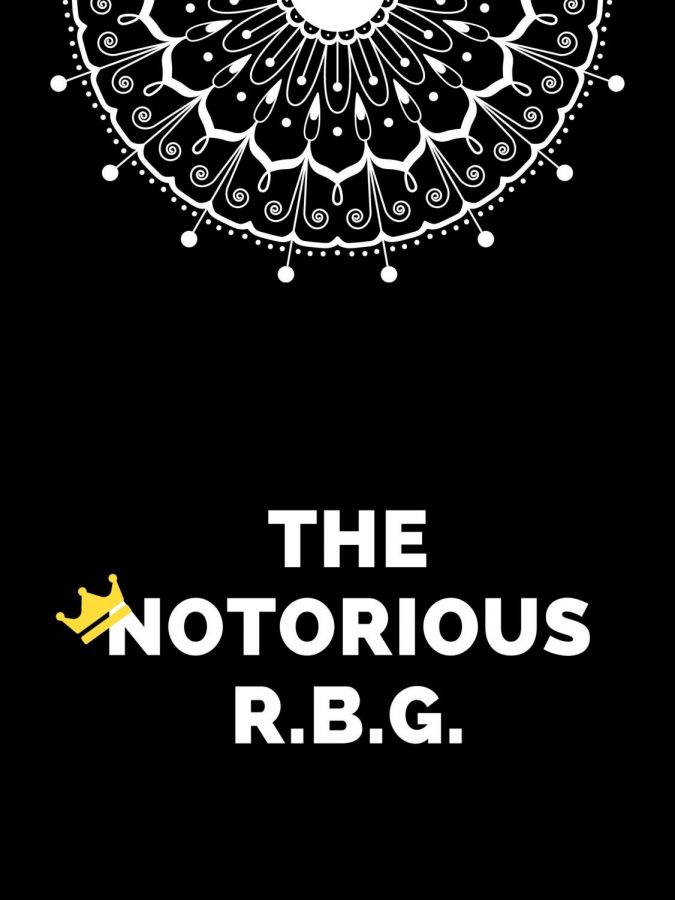 I’ve never been someone to mourn the loss of a celebrity or public figure. Often shrugging my shoulders in a kind of cruel indifference. An inconsequential happenstance.

When I heard about Ruth Bader Ginsburg’s death, I suddenly understood mourning someone I’ve never met. It wasn’t about who she was as a public figure, but rather what she meant and stood for in my personal quest for morals, values and justice.

Ginsburg represented this personal icon of feminism and justice in a world that struggles to have both established within it. A tiny, unassuming woman taking on law at the highest court of American society. A court that did not always believe she should have a seat upon its benches.

Her words of wisdom and encouragement ring in my ears, “Women belong in all places where decisions are being made.”

What disheartens me more is while sorrow was my first emotion, fear was the second. This iconic woman should be celebrated for her wit, tenacity and pursuit of justice that was diligently pursued throughout her life.

Yet the fear, like a sharp knife wielded by a scorned lover, sinks into my chest. Fear that pours out of the gaping wound that was raggedly ripped asunder. Anger, fear and hate—the power behind the blade’s force.

What does this mean for America’s future? Who will replace her seat in the Court? Who will make that decision?

I’m scared for my rights as a woman. For the rights of those I care about who don’t fit into the well established cis, straight, white, male narrative of American history.

Ginsburg was an aspirational woman. A woman with grit, patience and the ability to compromise with those who didn’t see eye to eye with her legal views. She gave me hope for the future and for myself.

I feel unsteady, as if the roots I long ago planted in the ground for support are being cruelly axed away. With nothing to stand upon, I’ll fall. My branches will crack upon impact and my leaves will scatter upon the forest floor as if they were never attached to me at all.

I’ll struggle desperately to rake my leaves, my values, from the forest floor to my bosom. My desperate attempt to hold it close and dear to me as everything else has changed around me.

Why should I feel this way from one person’s death?

It makes me wonder about the amount of pressure she felt. To carry the threat of a partisan Supreme Court upon her petite shoulders.

Upon her delicate lace jabot sat an invisible weight. The heavy load of so many American’s desires for political power and freedom. This fragility is what reminds me of Ginsburg’s ability to navigate the grey, the difficult to define spaces of life.

We’ve built her as a great liberal figure who was a saving grace against conservatives. This image doesn’t allow her the humanity she deserves, the complexity of her life and decisions.

Her decisions were not made lightly or in regard for one party or the other. Ginsburg looked to the Constitution and law for her judicious choices. She was able to see past disagreements with her colleagues to make important decisions that would affect the American people.

Ginsburg was well-respected by her peers, including those who disagreed with her ideologically. It was well-recorded that she was close friends with Antonin Scalia who held more conservative legal views than Ginsburg.

“Our Nation has lost a jurist of historic stature,” wrote Chief Justice John Roberts. “We at the Supreme Court have lost a cherished colleague. Today we mourn, but with confidence that future generations will remember Ruth Bader Ginsburg as we knew her—a tireless and resolute champion of justice.”

She adhered to procedure, principles of federalism and judicial independence while ensuring that the government did not wield arbitrary power over regular people. These are not stereotypically progressive stances and if anything are marks of conservatism.

Ginsburg was not an uncompromising liberal and to label her as such is to disrespect her as well as the law. Politics didn’t define her jurisprudence more than the law and facts.

The politics of today should take a lesson from Ginsburg’s life. She exquisitely blended strains of legal conservatism and liberalism in her role as a Supreme Court Justice.

The current political climate of American society has fallen into utter disarray. Choosing division that harms society and its people rather than challenging compromise for the betterment of all.

The Senate, Congress, political pundits and American society need to take a note from Ginsburg’s book of ethics, “Collegiality is very important in our workplace because we couldn’t do the job that the constitution assigns to us unless we work well together.”

Instead of fearing what Ginsburg’s death means for society, I want to hold onto the hope she nestled into the spaces near my heart. I want to celebrate who she was as a person and as a justice.

To be as eloquent and tenacious as she was about justice for American society. To understand that movement forward is often done in small steps with lots of compromise.