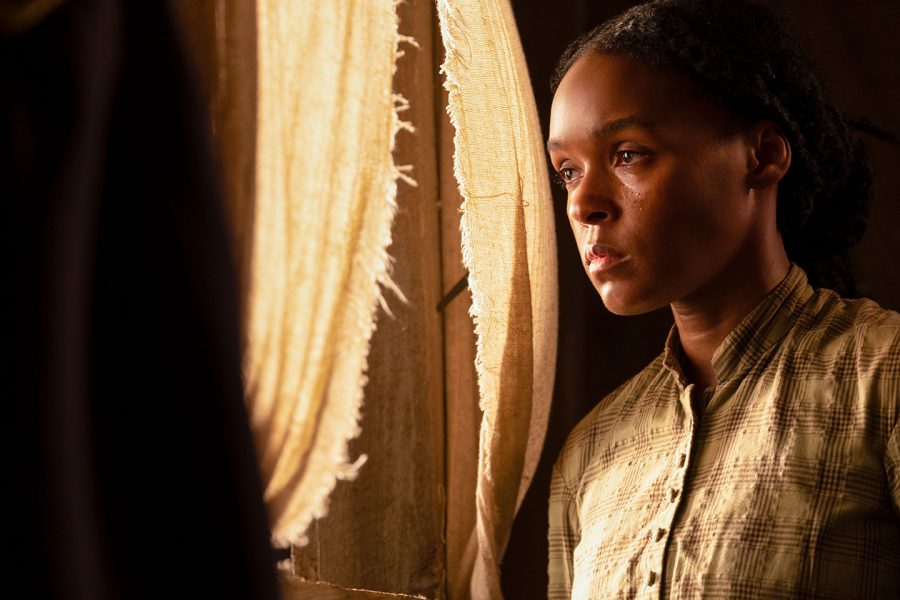 Director team Gerard Bush and Christopher Renz emerge with their thrilling and timely horror film “Antebellum.” The film was finally released on Aug. 21 after it was originally supposed to be released in the spring, but was delayed due to COVID-19.

The film starts off in a way that is oddly reminiscent of “Gone With The Wind” in that it opens with the view of an idyllic image of a Southern landscape. But in “Antebellum” the scenario is far from ideal as the surrounding area seems to be a plantation in the midst of the civil war where you can see slaves working in the cotton fields off in the distance.

Producer Jordan Peele having also worked on other harsh social critiques, “Get Out” and “Us,” definitely brought elements of those films to “Antebellum.” The film starts misleading the audience into thinking they are watching a period piece where we first see Janelle Monáe, starring as the slave woman referred to as Eden.

“Antebellum” has us thinking that this story is taking place hundreds of years in the past only until we see one of the men answer a cell phone after the scene where Monáe’s other character, Veronica Henely is abducted.

This shocking twist in the story is exactly what makes this film so socially relevant. While the film was postponed due to the COVID-19 pandemic it could not have been released at a more perfect time.

The idea of this film seems to be that even in today’s society where injustice and racism are harder to imagine there is still evil lurking in plain sight. With an increase in the Black Lives Matter movement and an upcoming election, directors Bush and Renz seemed to have created a film that perhaps reflects the current state of unrest in our nation.

Although this is not Monáe’s acting debut, she did a brilliant job portraying the strong emotions of both of her roles through her expressive eyes. The actress who is also known for her success as a singer and songwriter put her musical career in pause to play the role of Eden and Veronica. It is through Monáe’s emotional performance where we get a sense of her intelligence and resilience which lead the audience to anticipate when she will escape her horrible situation.

“Antebellum” was able to cover very severe and disturbing scenes in a sometimes graphic way, so much so, the film may want to come with a trigger warning but the rawness and emotional scenes are meant to make the audience feel something. Bush and Renz did an excellent job writing and directing the social thriller “Antebellum.” I would recommend this to anyone looking for an exciting new film to explore with friends or family.