Punishing the homeless doesn’t solve the problem, compassion does 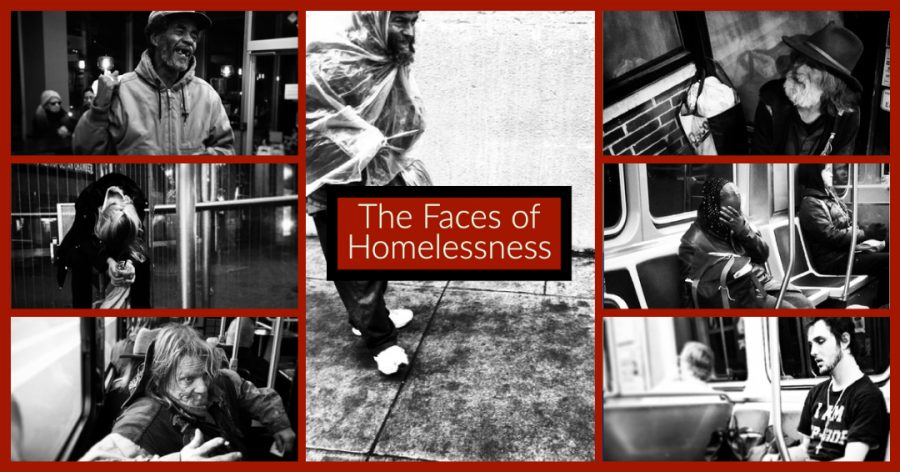 The Chico City Council has met twice to discuss the issue of homelessness in the community and how to best deal with it. On Sept. 22 an emergency meeting was held in which the city council members were shown the Homeless Opportunities Plan.

The plan focuses on effectively reducing the number of people experiencing homelessness using a range of intervention types. This approach to homelessness highlights that solving homelessness can not use a one-size fits all system, but rather must be supported by the continuum of care.

Continuum of care is a concept involving an integrated system of care. It guides and tracks patients over time through an array of health services spanning all levels of care. This plan focuses on getting the highest number of persons into shelter and/or housing so they can be connected to services that will improve their opportunities for sustained housing.

At the town hall meeting several organizations shared information about their programs, services and plans for assisting the homeless population. These organizations can help the Chico community to set a framework for what services are currently provided and navigate where the gaps are in the effort to reduce homelessness.

Homeless Solutions Coordinator Suzi Kochems said the plan is not “one size fits all” but will have a plethora of services for a variety of clients, with “compassion and dignity and accountability.”

Winborne was not the only community member to hold negative opinions of the homeless. Several others, who have continually voiced their unsympathetic opinion toward those lacking homes, were angry at the council for their idea of using taxpayer money for helping those disenfranchised.

Chico’s population of homeless has grown since the devastation of the 2018 Camp Fire. Now, with the pandemic and economic instability in America, it is likely that those numbers have and will continue to rise.

So how much will this new plan cost the community of Chico?

Roughly $2.4 million would initially be used to establish this homeless opportunity plan. This amount is obviously monumental and feels overwhelming but we could argue that that amount is probably already spent dealing with homelessness through the community and police efforts with no long lasting solution in sight.

City council members Sean Morgan and Karl Ory seemed to have trepidation surrounding the cost of this plan. Morgan pushed for moving forward without spending any funds. Mayor Ann Schwab commented that “$2 million is a lot of money, but if we don’t get a handle on this situation it is not going to bode well for us in the future.” The Oct. 6 city council meeting decided to push the homeless opportunities plan out an additional two weeks until Oct. 20.

So why is the current solution to combating homelessness not working?

Research by the National Law Center for Homelessness and Poverty has found that arresting or ticketing people who have nowhere else to go doesn’t help them find permanent housing. An article by Vice highlighted how more cities are punishing homeless people for sleeping in public, a new report shows, amid an increase in Americans living on the streets.

Instead, policies criminalizing homelessness can make it more difficult to afford and qualify for housing, states a USA Today article. The Trump administration has proposed more police involvement in responses to homelessness, a so-called, “war on the poor.”

The number of unsheltered homeless has risen at a rate of about 10% in the last three years, according to the Department of Housing and Urban Development. 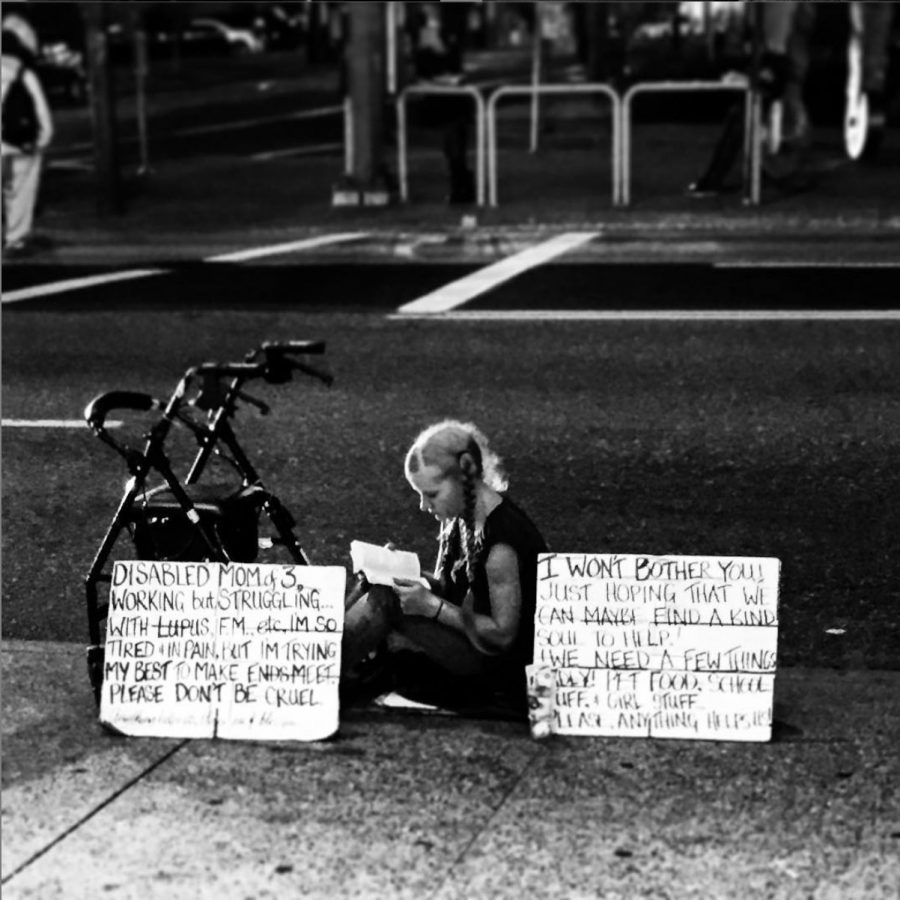 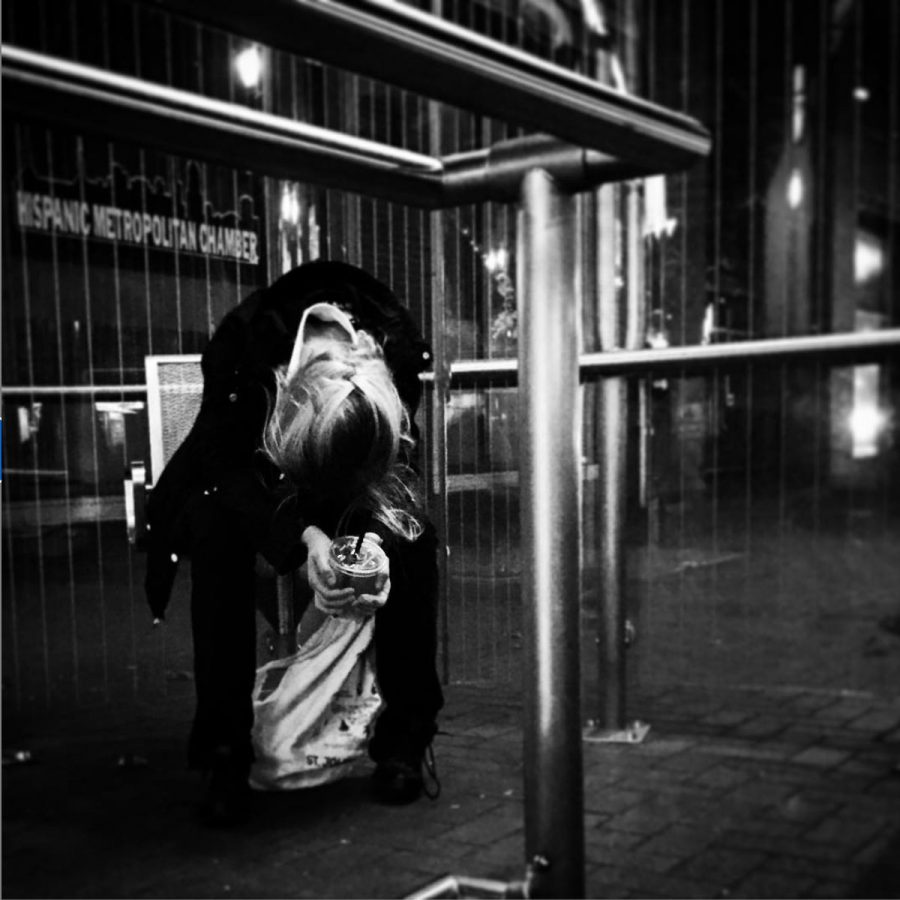 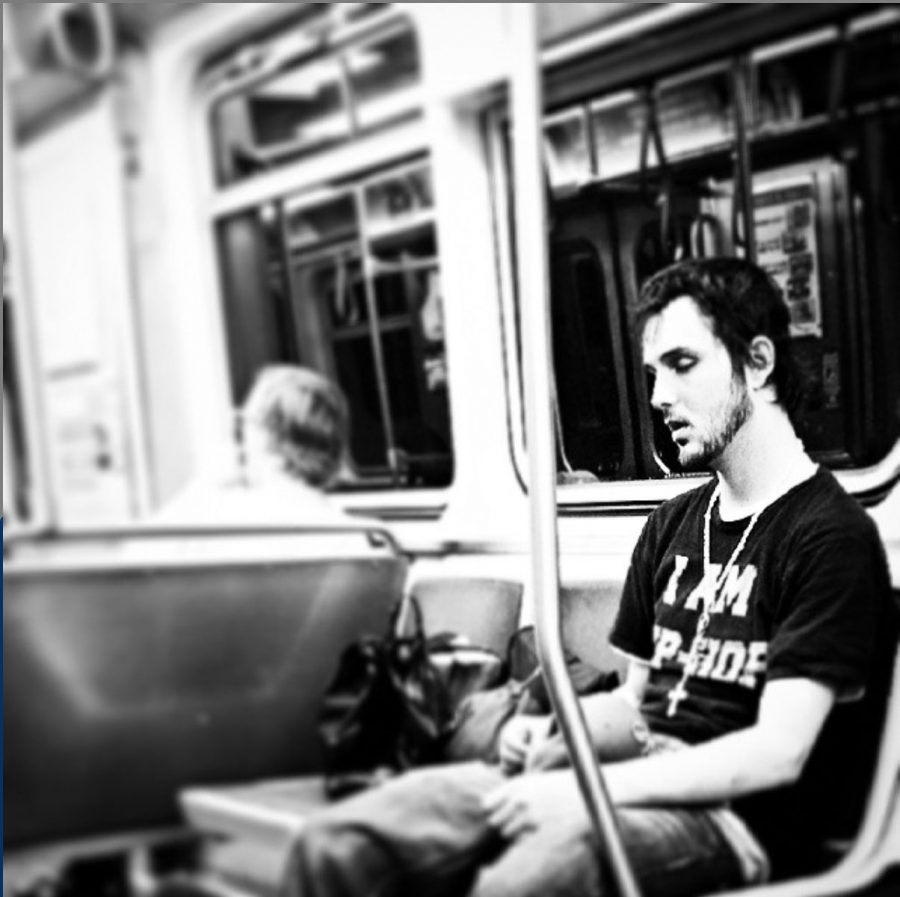 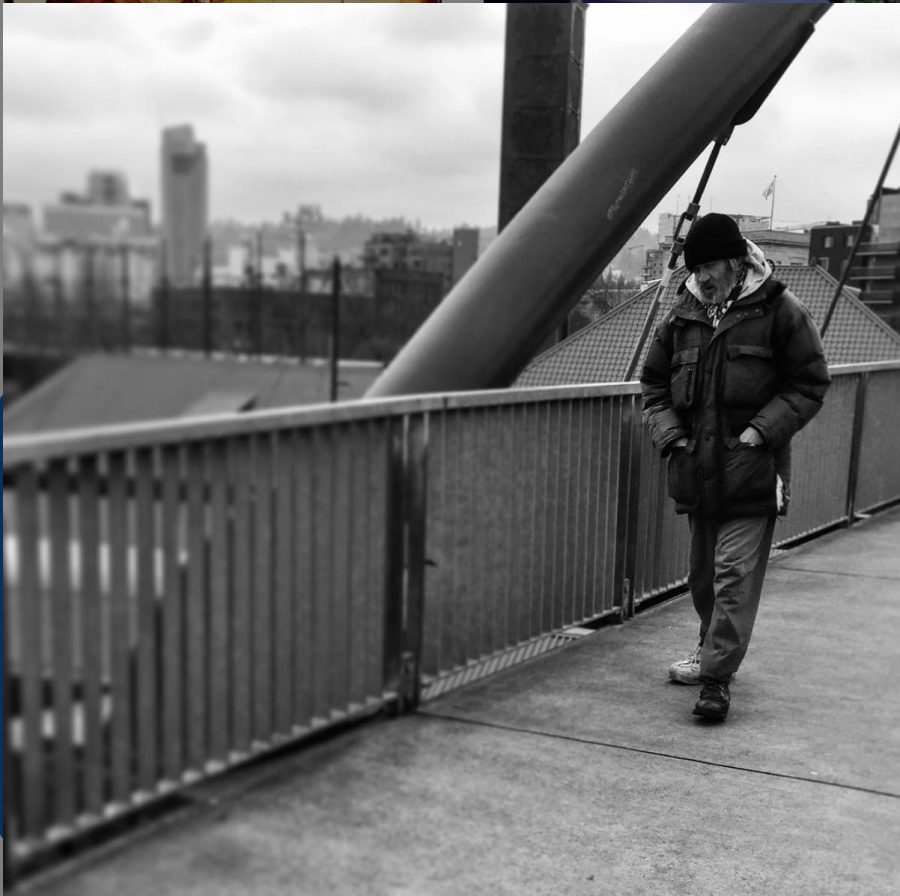 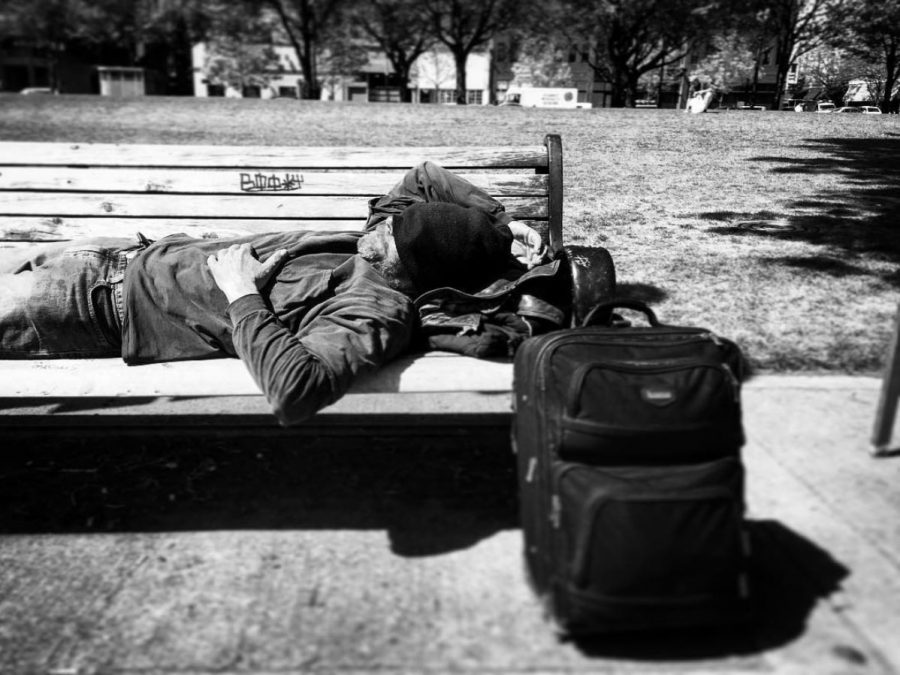 Homeless people face arrests, fines or warrants if they refuse to move themselves and their belongings. This can have long-lasting effects such as landlords rejecting apartment applications due to prior offenses.

These homeless individuals are not trying to make a garbage dump out of where they set up their camps. They are trying to create some form of stability and sense of home. It is easy for people who have the guarantee of a warm place to sleep and food to eat to cast judgement on others for their homeless status.

These fines often drain the limited funds that homeless people may have to survive on. Fining them will only perpetuate the problem.

According to the National Low Income Housing Coalition, a person who earns the federal minimum wage of $7.25 has to work 103 hours every week to afford a one-bedroom home at the national average for rent.

There have also been additional camping and sleeping bans to combat the issue of homelessness. As well as laws restricting sitting and lying down in public.

The authors of the National Law Center for Homelessness and Poverty recommends cities end these types of cruel policies and use funds to provide supportive housing. They also suggest building tiny homes and meeting homeless people’s basic needs.

“While cities have a legitimate interest in preventing the accumulation of urine and feces in public space, such interests cannot be met by criminalizing unavoidable bodily functions,” the report reads. “If people do not have regular access to toilets, they will expel their human waste in areas other than toilets – they have no choice.”

Senior researcher on criminal justice for the Humans Rights Watch, John Raphling, writes about the issue of criminalizing the homeless.

“Arrests lead to further suffering, lost liberty, exposure to violence and disease in jail, and loss of property such as clothing, medications, bedding, family photos and legal papers,” Raphling said. “Criminalization is deeply harmful to people living in the most precarious and vulnerable situations. Criminalization makes it harder for people to raise themselves off the streets.”

Money spent on police, courts and jails as a response to homelessness takes away resources that local and federal government could direct to housing and services. It increases the immense amount of work we thrust upon law enforcement’s shoulders. Work that they are not trained or qualified to do such as solve societal problems which include mental illness, poverty and substance abuse.

Knowing all this, why do we treat homeless people as if they aren’t people?

In an article Susan Fiske, who is a professor of psychology and public affairs at Princeton University, talks with Lori Teresa Yearwood about issues of stereotypes,prejudice and social cognitions. Fiske comments that all across the world, people see those without a fixed address as untrustworthy and deficient.

According to the United States Department of Housing and Urban Development, more than 550,000 people are homeless on any given night in the United States. That’s a lot of untrustworthy and deficient people living in American society. If I label them as such, I don’t have to care about them or see them as human.

Fiske explains that what people really fear is that the system they rely on and that has granted them some level of success might not be fair or dependable. We see this when we talk about gender and racial inequality. To admit it’s real, is to acknowledge you hand it perpetuating the inequality.

“People want to believe that they have control. If homelessness can happen to anyone, then it’s out of control,”Fiske explained.

It allows people to be blind to the truth about homelessness. That many people are currently living a paycheck away from destitution and that the society we participate in plays a large role in that dynamic.

We as individuals and as a community may not feel like we can do anything about homelessness. We may want to take the previous easy route that makes us feel good because we don’t have to look homeless people in the eyes. We may choose to make law enforcement do it for us and pretend we don’t have a systemic, societal problem on our hands, which seems to be the American approach.

It’s easy to say, it just can’t be done, but is that true? An article in Fast Company magazine discusses three cities that have embraced helping the homeless and seen a significant decline in poverty within their communities.

We can’t keep relying on the old idea that change just isn’t possible. It is, it just takes a community effort to care about those you deem invisible to humanity. If you want to see the humanity behind the homeless check out the website Invisible People.

One community member, Jessica Giannola, talked about homelessness with compassion and I think we should think about her when we go to vote Nov. 3. “We’re not solving homelessness here in Chico, we’re not,” Giannola said. “We’re trying to take care of Chico. And Chico, we have to invest in the people, that’s all the people, that’s the homeless people too. They are people. They are our relatives and our friends.”